PARIS/BRUSSELS (Reuters) – France said a U.S. decision to quit global talks on how to tax big digital firms such as Google (GOOG.O), Amazon (AMZN.O) and Facebook (FB.O) was a “provocation” and the European Union said it could impose taxes even if no deal was reached by year-end. 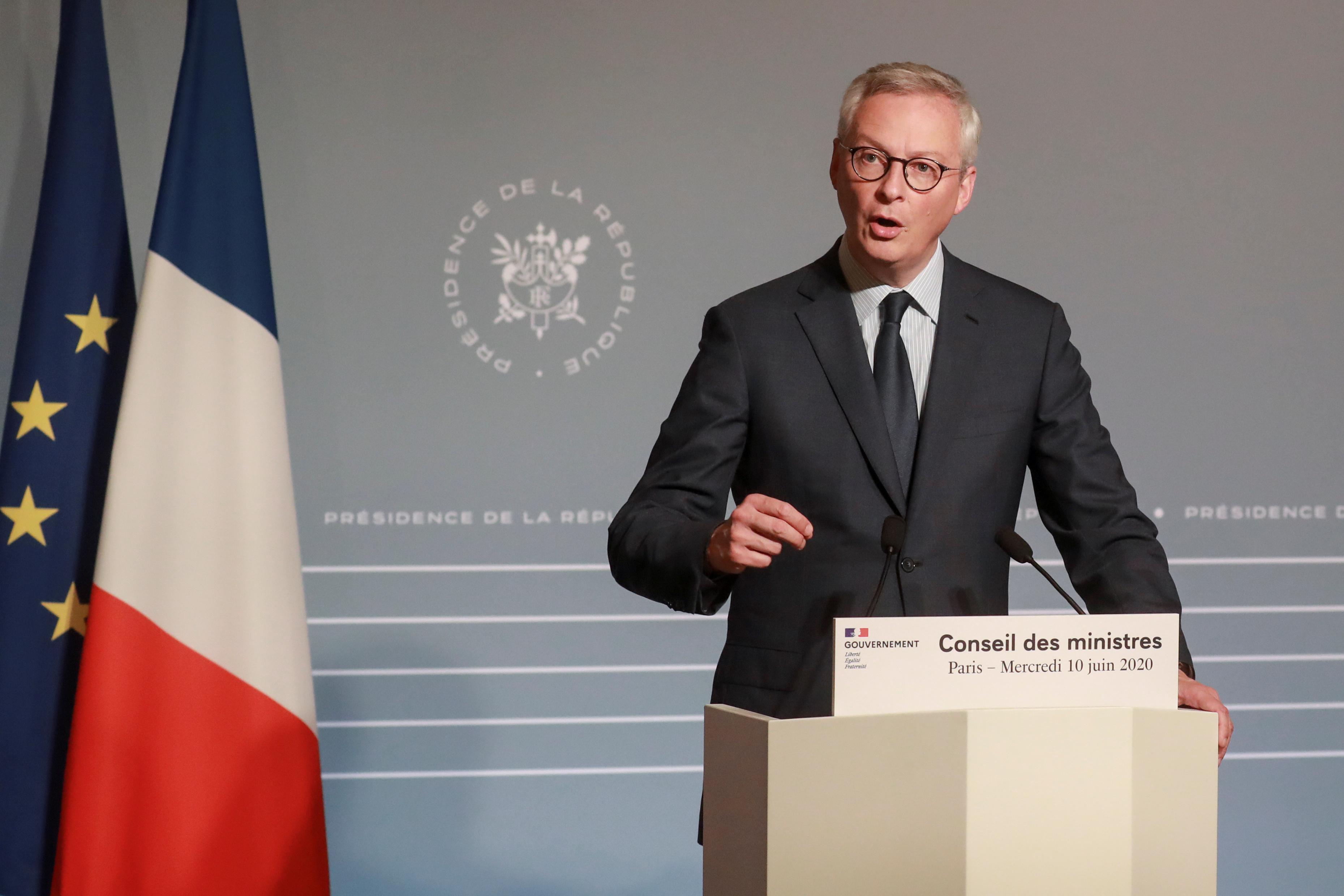 The latest transatlantic trade row was ignited after the Washington said on Wednesday it was withdrawing from negotiations with European countries over new international tax rules on digital firms, saying talks had made no progress.

Nearly 140 countries are involved in the talks organised by the Organisation for Economic Cooperation and Development (OECD) on the first major rewrite of global tax rules in a generation to bring them up to date for the digital era.

The talks aim to reach a deal by the end of 2020, but that deadline is now slipping out of reach with Washington’s latest move and the U.S. presidential election in November.

“This letter is a provocation. It’s a provocation towards all the partners at the OECD when we were centimetres away from a deal on the taxation of digital giants,” Le Maire said on France Inter radio.

A Spanish government spokeswoman said Madrid and other European countries would not accept “any type of threat from another country” over the digital tax dispute.

European countries says tech firms pay too little tax in countries where they do business because they can shift profits around the globe with little physical infrastructure. Washington has resisted any new unilateral taxes on Silicon Valley companies in the absence of an OECD deal.

“But if that proves impossible this year, we have been clear that we will come forward with a new proposal at EU level,” he said, saying taxes could be introduced even without a global deal.

France, one of several European countries which has enacted new taxes to collect more revenue from digital companies, had agreed to suspend collection of its levy while talks were under way on a global approach.

Le Maire said France would impose its digital services tax this year, whether or not Washington returned to negotiations.

“No one can accept that the digital giants can make profits from their 450 million European clients and not pay taxes where they are,” he said.

The French tax applies a 3% levy on revenue from digital services earned in France by companies with revenues of more than 25 million euros ($28 million) in France and 750 million euros worldwide.

Washington has threatened to impose trade tariffs on French Champagne, handbags and other goods in response.

The United States opened trade investigations this month into digital taxes in Britain, Italy, Spain and other countries over concerns that they unfairly target U.S. companies.

President Donald Trump threatened this month to impose tariffs on EU cars if the bloc did not drop its tariff on American lobsters.

Efforts to reach even a limited U.S.-EU trade deal have foundered and sources on both sides see little chance of progress with a U.S. presidential election barely four months away.

A finance ministry spokesperson in Britain, which is seeking trade deals with Brussels and Washington after it left the EU, said that London’s “preference is for a global solution to the tax challenges posed by digitalisation, and we’ll continue to work with our international partners to achieve that objective.”