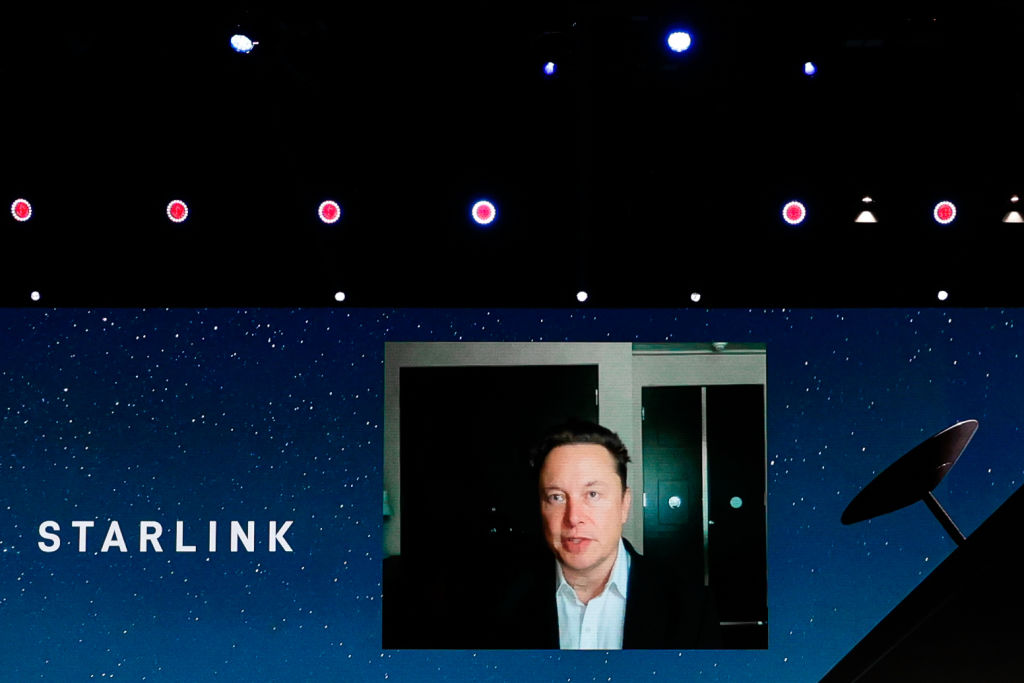 Starlink, Elon Musk’s network of internet-connected satellites, will be accessible from anywhere in the world in August.

Speaking at the Mobile World Congress 2021 event, the SpaceX boss said that customers would soon be able to access the internet from anywhere on Earth, excluding the North and South poles.

Starlink is already ‘operational in about 12 countries, and more are being added every month,’ according to Musk.

Since 2019, the high-speed broadband service has launched more than 1,800 satellites into space on Musk’s SpaceX rockets, with nearly 70,000 customers signing up for the privilege.

Musk hopes that number could expand to more than 500,000 over the next 12 months, if the global rollout goes to plan.

While prices in the UK haven’t been announced, the cost in the US for a monthly subscription is $99, along with the $499 initial satellite equipment cost.

Though this is probably more expensive than your home internet, it has the advantage of being available anywhere on Earth.

Musk concedes that the service won’t appeal to everyone, but could look very attractive for the small percentage of people that don’t have access to internet.

‘It’s really about getting to parts of the world that are the hardest to reach, the most difficult to reach,’ Musk said.

‘It’s really a nice complement to fibre and 5G.’

One reason for the high cost is the money Musk’s SpaceX has invested in the satellite network – the full cost of launching the satellites could be as high as $10 billion.

But for people without access to internet, it could be invaluable.

The satellites orbit in a region of space known as ‘low altitude’, resulting in shorter travel times between the Earth and space (latency) and, ultimately, faster internet speeds.

‘The latency for the Starlink system is similar to latency for ground-based fiber and 5G, so we’re expecting to get latency down under 20 milliseconds,’ Musk said.

Though low altitude satellites orbit the entire Earth in around 90 minutes, Musk is hoping that Starlink will have enough satellites in the sky to provide constant cover – when one satellite moves out of frame, another will take over.

Starlink is also looking to service mobile phone providers on Earth, to transfer their connections from base stations to the internet, called ‘backhaul’.

When you use your phone, the signal is sent to a local base station, which is then sent to an internet service provider – but Starlink is hoping to be the middle man instead between base stations and the internet.

‘We have two quite significant partnerships with major country [carriers] that I’d like to be able to announce now, but obviously we defer to our partners to make any announcement,’ Musk said.

‘And we are in discussions with a number of other [carriers] to provide Starlink access.’

Despite the high price, Musk claimed that SpaceX is losing money on the hardware it sells to access the service – the hardware apparently has a value of $1,300. Starlink is reportedly working on new technology that would bring the customer device price down to $250 or $300.

‘Now we are working on next generation terminals that will provide the same level of capability, but it costs a lot less,’ he said.

‘Because obviously, selling terminals for half price is not super compelling at scale.’