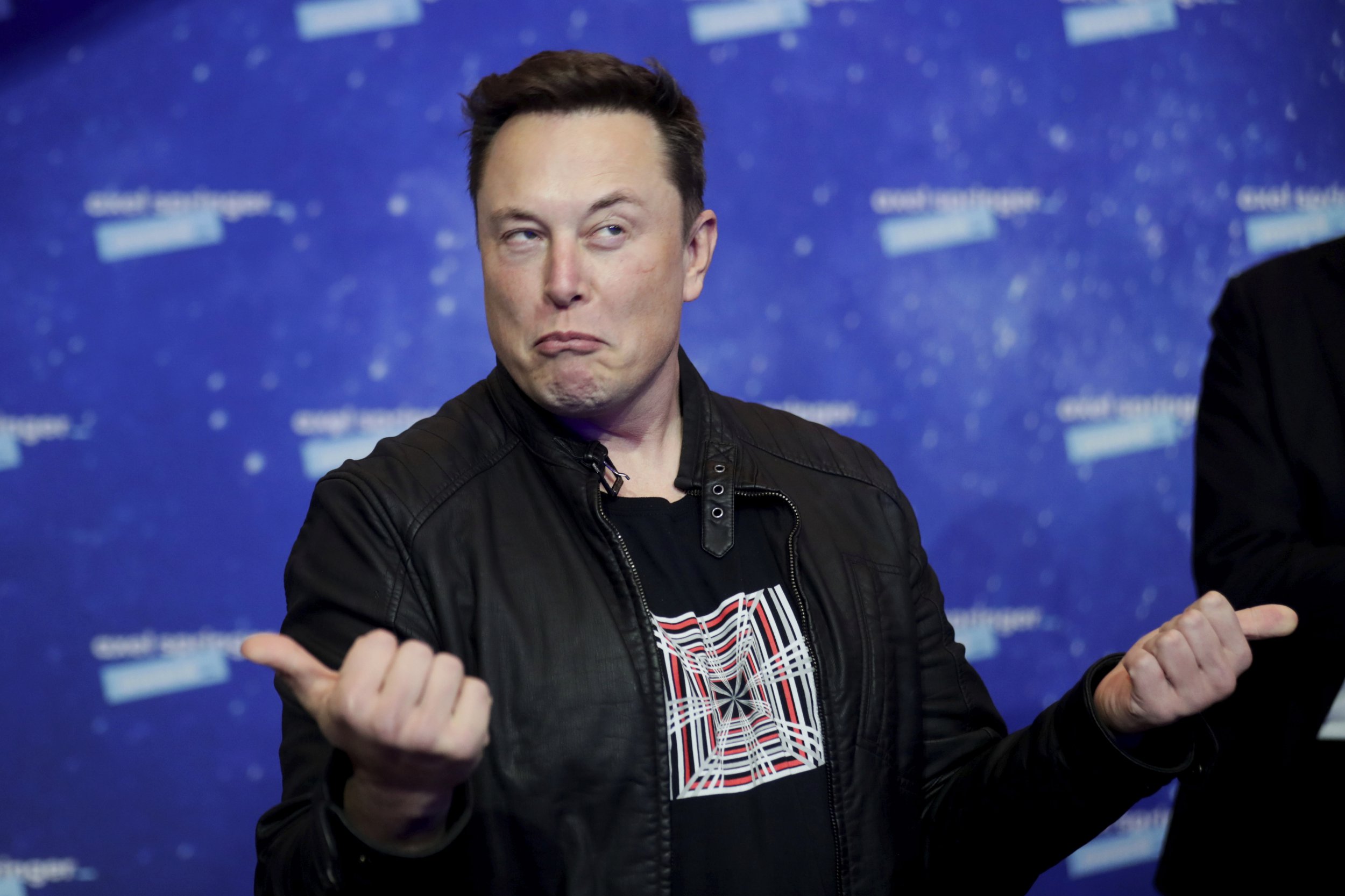 Elon Musk has admitted he ‘started going crazy on Twitter’ which, given his patchy history with the platform, is hard to contest.

Speaking to an audience on audio-only app Clubhouse, the world’s richest man recapped his on-again, off-again relationship with Twitter.

He said that he originally joined when it had less than 10,000 users before deleting it and, ultimately, re-joining it as it continued to grow.

‘My early tweets are pretty racy,’ he added.

Since the early days, Musk’s reach on Twitter has grown exponentially to his current 44.8 million followers.

Part of his success is his frequent use of memes to jump on the zeitgeist of the platform.

‘A picture says 1000 words and maybe a meme says 10,000 words, it’s a complex picture with a whole bunch of meaning in it’, he explained to the listeners of The Good Time Show on Clubhouse.

‘I don’t really follow memes. I make some of them. Some of them are sent to me. I have some pretty kickass meme dealers. My friend Mike is a good meme dealer. I am the lucky recipient of very interesting memes,’ Musk said.

Clubhouse launched in April 2020 as a space for creatives to network all over the world.

It works on an invite-only basis to not only give subscribers that feeling of exclusivity, but to ensure that the people who do get accepted are genuine.

Clubhouse is made up of ‘rooms’, which anyone can join or start, and are titled with the topic of discussion. Inside, you have the moderator aka the person who started the room, and the audience.

If you want to speak, you can ‘raise your hand’ and be brought up to the ‘stage’ alongside the moderator who controls everything in the room.

Clubhouse has become a place where you can tune into hilarious stories about the worst dating app experiences but also come across World War Three due to an argument about a kettle – honestly, that really did happen. For more than 24 hours.

You can even audition to star in a live recording of musicals such as The Lion King and Dreamgirls, if that’s your bag.

During the US Capitol riots last month, Musk posted a ‘Domino Effect’ meme that tied the creation of Facebook to the rioters. It implied that social media sites do not do enough to curb incitement on their platforms and racked up over 45,000 retweets.

His most recent tweet, as it happens, is a single line saying he’ll be ‘off Twitter for a while’.