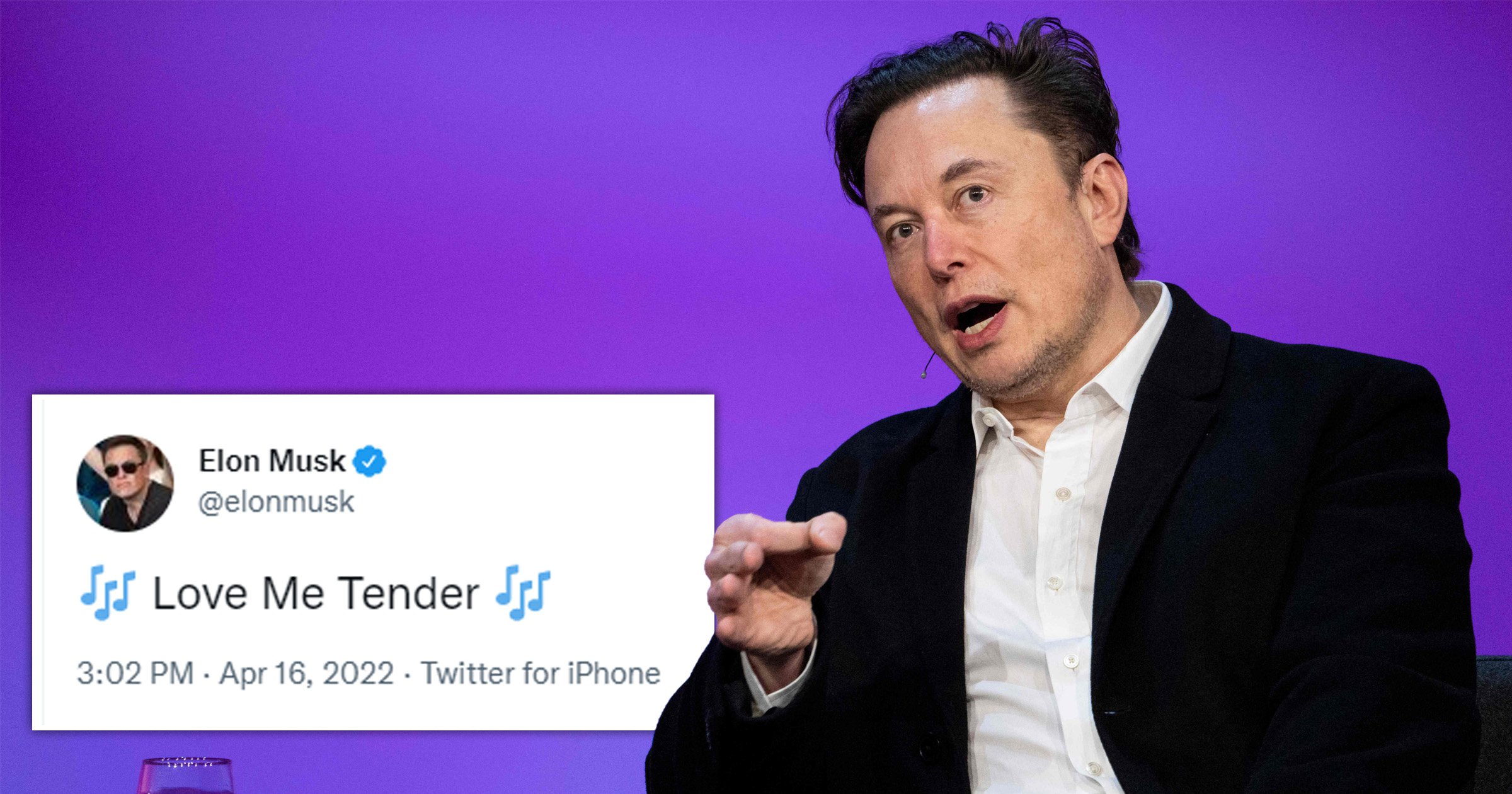 Elon Musk has tweeted ‘Love me Tender’ and hinted at the possibility of a hostile takeover of Twitter.

The nod to Elvis Presley comes with an attempt to lure shareholders in with a tender offer to give him control of the social media giant.

This comes just days after first offering $43 billion (£33 billion) for the entire company.

Musk’s offer to buy the platform values Twitter at $54.20 per share – above the closing price ahead of his bid, but below a high of $77.06 hit in February of last year.

Musk is fighting Twitter’s board of directors who are attempting to thwart his attempts to buy out the company.

The board voted unanimously to adopt a limited duration shareholder rights plan, often called a ‘poison pill, to make it more difficult for Musk to purchase the social media company and take it private.

It means shareholders other than Musk will be able to acquire more shares of the company at a discount, lessening the value of Musk’s shares.

The provision will go into effect if Musk, or any other investor, acquires more than 15% of Twitter’s shares.

Currently he owns 9.2% of the company’s stock.

Twitter revealed in a securities filing Thursday that the Tesla and SpaceX Ceo offered to buy the company for over $43 billion with the hopes of transforming it into a private company to build trust with users.

‘I believe free speech is a societal imperative for a functioning democracy,’ Musk said in the filing.

‘I now realize the company will neither thrive nor serve this societal imperative in its current form.’