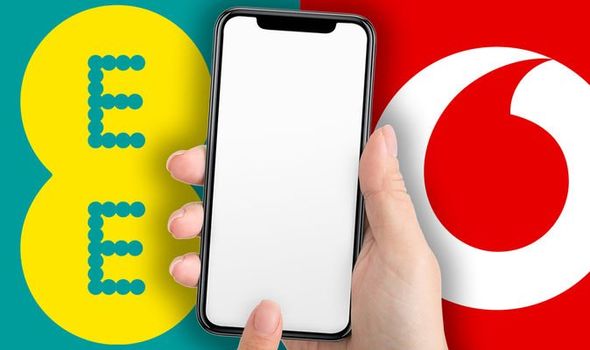 EE and Vodafone are both offering customers some big data deals at a more reasonable price. EE has a generous 100GB for £20 per month and Vodafone is also giving its users something identical via a 5X data deal.

These SIM plans include unlimited calls and texts which means you shouldn’t ever face any extra charges. Although these are very good deals for those who love streaming videos and music on the move, there’s something even better from the SMARTY network.

This Three Mobile-powered service has just announced a deal which is also giving customers 100GB of data but for a price of £15 per month – that’s double the 50GB that the firm offered previously.

The plan also comes with unlimited calls and texts plus there’s tethering and personal hotspot included. SMARTY also says that it doesn’t restrict speeds so your downloads should always be as fast as what is available.

This new plan saves £5 over the deals currently on offer from EE and Vodafone but there’s another bonus of this SIM.

Unlike those other networks which require customers to sign up to lengthy contracts, SMARTY is quite unique in that customers can join via a rolling one-month plan allowing them to leave at any time.

Other deals from SMARTY include 30GB for £10 per month and unlimited data for £20.

YOU CAN FIND FIND ALL THE DEALS BELOW

News of these deals come after a new report from Which? highlighted the importance of switching to SIM-only plan once your initial contract has ended.

Last year, Ofcom secured voluntary commitments from a majority of the UK networks who offer bundled deals to reduce prices for out-of-contract customers. This is aimed at reflecting the fact they should no longer be paying a charge for their handset.

This all came into effect in February 2020.

However, the research from Which? suggests that some networks are still leaving customers on expensive plans that they don’t need anymore.

According to the consumer champion, the worst affected were Three Mobile users, with the network deciding not to apply any discount to bundled customers when their contracts end.

Around four in 10 (43%) Three customers whose contracts had ended in the last six months claimed they saw no price drop at the end of the term – meaning they were in effect continuing to pay for a handset that has already been paid off.

Natalie Hitchins, Head of Home Products and Services at Which?, said: “While some mobile firms have taken action to end overpayments, our research suggests that others could do a lot more to ensure that customers are not being exposed to rip-off charges.

“Ofcom should ensure that all providers are treating their customers fairly and have taken enough steps to stop people overpaying. In the meantime, it is really important that customers don’t wait. If you think you might be out of contract or overpaying, check your phone bills to see if you can save money with a SIM-only deal or with an upgrade to a new phone.”