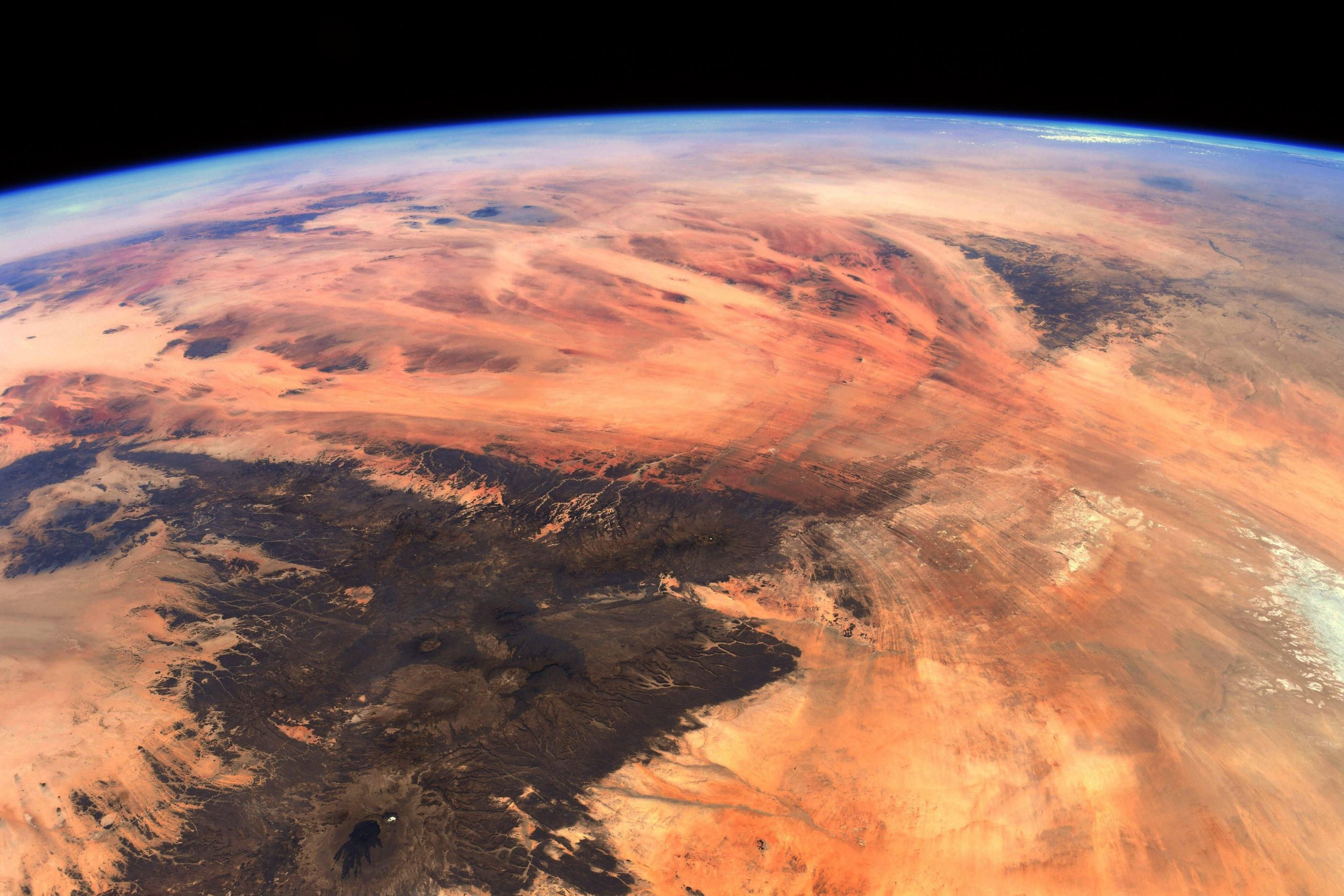 At a height of 250 miles above the surface, the pictures capture the ‘Eye of Sahara’ in western Africa.

‘I thought I was orbiting Mars when I saw this view! No cloud in sight and the red and ochre colors stretching to the horizon,’ Pesquet captioned the images.

‘This is how I imagine the Perseverance rover would have seen Mars on its approach to landing.’

The Eye of Sahara, formally known as the Richat Structure, is located in the Sahara near Ouadane in west-central Mauritania, western Africa.