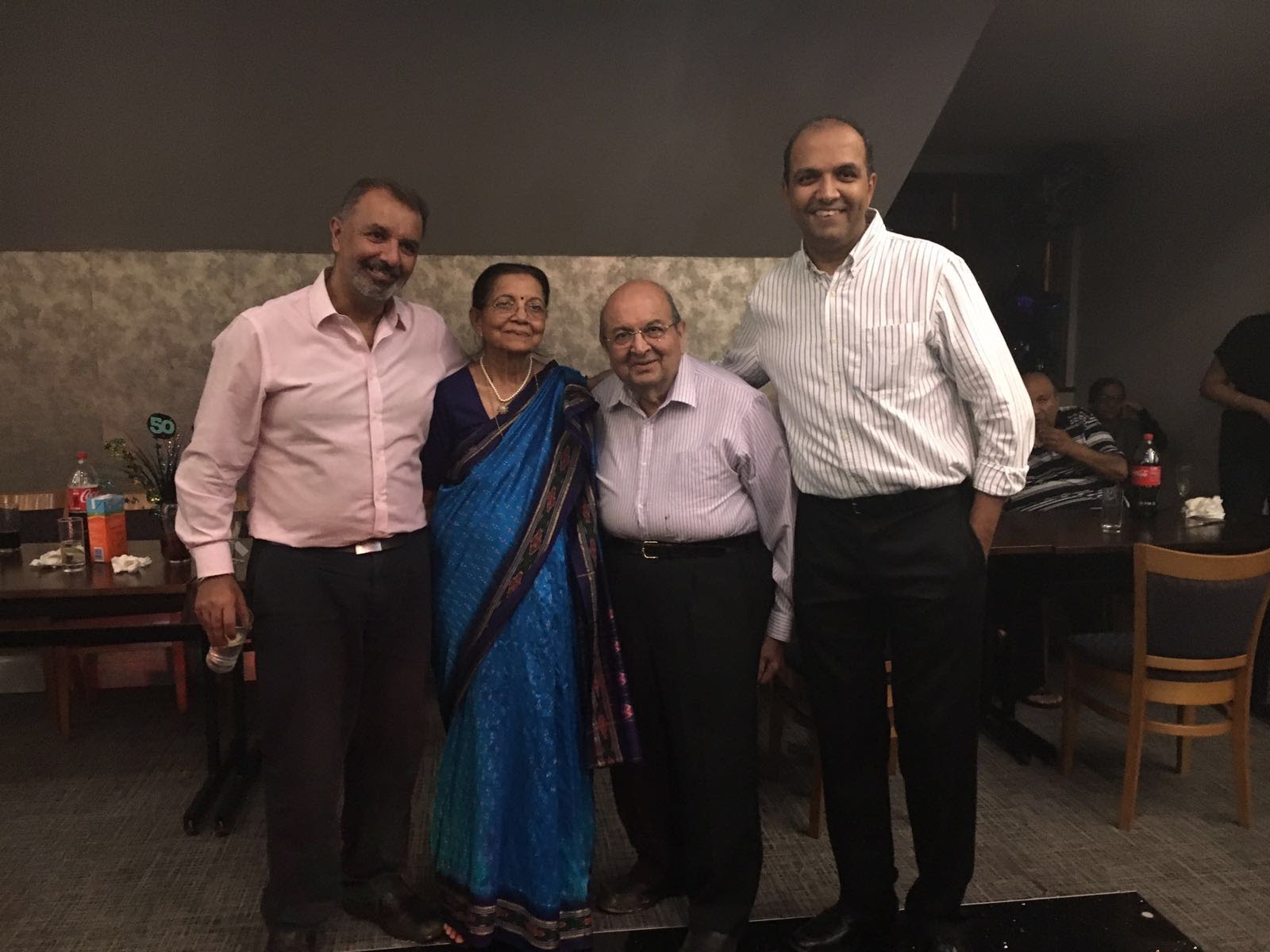 ‘No matter how much he deteriorates, we won’t put him on a ventilator,’ the doctor said.

Dad had been admitted to hospital on 26 March 2020, struggling to breathe.

I knew it was probably Covid and was insanely worried. My dad was 81 with a chronic lung condition (COPD), meaning a ventilator wouldn’t help.

‘It would be for the best if we just discharged him’, they suggested.

Dad was begging to come home, and as I’d read about so many elderly Covid patients dying alone, my instinct kicked in.

We agreed in the belief he only had a few days left to live.

Because we love him so much, we wanted him to suffer as little as possible, surrounded by loving care from his family in his final days. As I’d just moved to my parents’ house after the end of my marriage, I was there to care for Dad.

Coincidentally, I’d spent summer 2019 creating a database of pandemics over history for work, which took me back to my first job after graduating with a degree in maths and statistics, where I had to analyse how many people globally would die from HIV.

I knew data analysis could lead to some pretty amazing discoveries, but I didn’t imagine tracking the pandemic from the beginning would help save my father’s life.

When I first heard of a new virus spreading rapidly in China, I’d closely monitored the data – how fast cases were growing, who was impacted, which symptoms were most common, what treatments were helping.

It was becoming clear that lots of elderly patients were dying from Covid-19, but there were a number that were surviving. It was a glimmer of hope and instead of bringing him home to say goodbye, we refused to give up on him.

I moved my elderly mum to the ground floor, turned their bedroom into a makeshift ICU, and as I’d been watching the saga unfold in China and Italy, stocked up on PPE so that I could wear masks and gloves at all times.

Having had a heart attack the previous October, I did my best to protect myself, but ultimately put my own health concerns to one side to help Dad.

I bought a thermometer, blood pressure monitor and pulse oximeter to measure Dad’s vital stats, which I put into a Google spreadsheet. The family GP could check this in real time while I updated it multiple times a day.

I also turned an old iPad into a live online monitor with a £3 app, which allowed my brother and his family, as well as my kids, to speak to and watch over Dad when I slept.

My extensive reading about how patients were being treated around the globe led me to the decision to use my dad’s sleep apnoea CPAP machine – which delivers pressurised, oxygenated air into patients’ airwaves through a mask and tube – on him when he was struggling to breathe.

His doctor was in agreement that it was worth a shot, as well as supporting our decision to lay him in the prone position for extended periods to help his lungs, that were fluid-filled, take in more oxygen.

In the 48 hours after he came back home, Dad refused all food and fluid. We were terrified, especially when the GP confirmed his Covid test was positive on day three.

The last thing Dad wanted was to go back to the hospital, so my brother and I used the threat of this to coax him into drinking some water.

We were living hour-by-hour. A week on, things got worse – watching Dad deteriorate and struggle for air was intensely distressing.

Luckily the GP immediately put Dad on antibiotics for what was a secondary lung infection after I described symptoms and he’d looked at the spreadsheet.

Things once again started getting better but I still felt scared. Every morning, I woke with a sense of dread and had to mentally brace myself when I walked into his bedroom, not knowing whether he was still with us or had gone in the night. My heart almost stopped on numerous occasions as Dad has a habit of sleeping with his mouth open, but then he’d wake up, to my profound relief.

While we hadn’t told Dad he had Covid, as we didn’t want to worry him even more, he knew he was sick and asked me often if he was going to die.

It was hard staying positive but I reassured him whenever he asked that he would be fine.

I think the positivity helped him fight it.

Around day 14, his vital measurements began improving. His breathing became better, his blood oxygen levels increased and the GP told me that he now had a great chance of recovering. Mum helped to get him eating and drinking willingly again with his favourite Indian curries and proper builders’ tea.

Three weeks in, we got a call from the hospital he’d been discharged from. To say they were incredibly surprised that Dad was still alive was an understatement. They told us we were very fortunate that he was recovering well, not least because the news at the time was bleak.

When Dad came home on 27 March, there were almost 300 Covid deaths a day in the UK. By early April, it was topping 1,000. My heart goes out to anyone who has lost loved ones to this virus.

I know we are lucky to still have Dad.

But it wasn’t just luck – it was also down to data. I doggedly collected Dad’s readings and shared them with his doctors, who loved having a simple, effective means of monitoring his health stats at any time.

Coupled with my past work on pandemics and continued research into coronavirus, plus unbelievable teamwork from my family and the medical professionals, it enabled us to give Dad a chance to keep breathing until ultimately, his immune system could kick in.

We didn’t bring Dad home to save him. But thankfully he lived and I’ll be forever grateful to data, family and the NHS for helping bring him back from the brink – and to be able to drink his favourite cups of strong tea again.