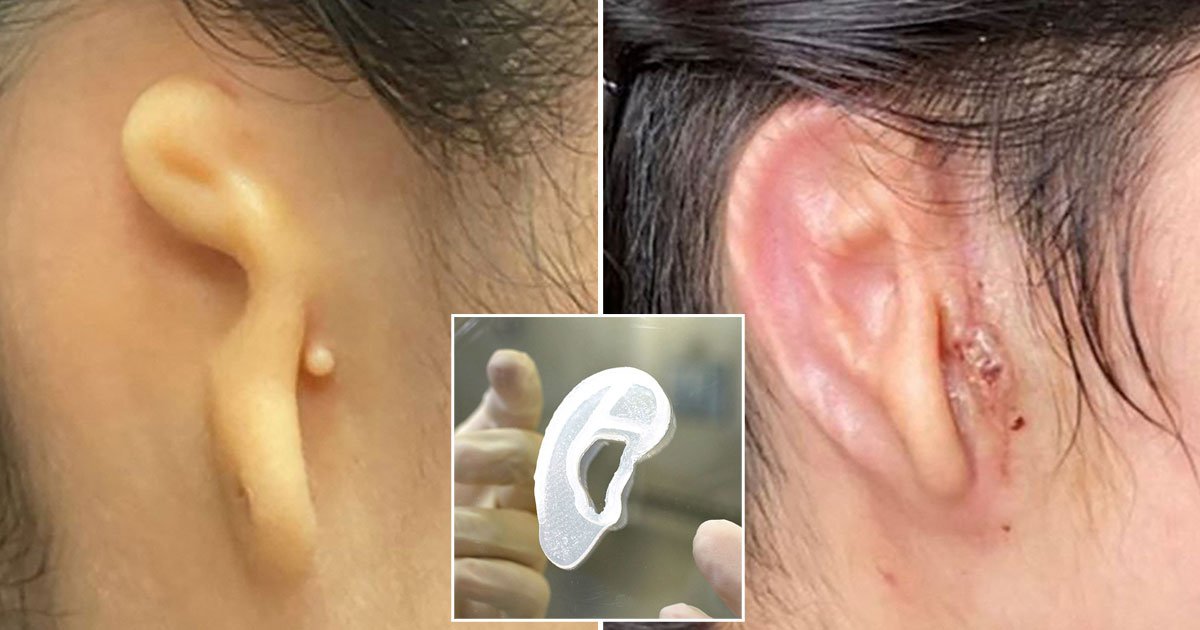 A 20-year-old woman who was born with a small and misshapen right ear has received a 3D printed ear implant made from her own cells.

The new ear was printed in a shape that precisely matched the woman’s left ear, according to 3DBio Therapeutics, a regenerative medicine company based in New York.

The new ear, transplanted in March, will continue to regenerate cartilage tissue, giving it the look and feel of a natural ear, the company told The New York Times.

The technology was developed for people with microtia, a rare congenital condition in which one or both outer ears are absent or incompletely formed.

Typically, microtia patients have ears constructed from rib grafts or synthetic materials. Instead, this experimental process involves taking tissue from the patient’s existing ear and pulling out cartilage cells.

Those cells are then grown and 3D printed into the shape of the patient’s ear. The ear keeps regenerating cartilage over patients’ lifetimes, and because it is made from their own cells, it’s less likely to be rejected.

This transplant was the first clinical trial that successfully demonstrated the medical application of this technology.

3DBio Therapeutics has not publicly disclosed the technical details of the process, citing proprietary concerns, making it difficult for outside experts to evaluate.

The company said that federal regulators had reviewed the trial design and set strict manufacturing standards, and that the data would be published in a medical journal when the study was complete.

Around 1,500 babies born in the United States each year have microtia. 3DBio Therapeutics has an ongoing clinical trial with 11 participants testing its personalised tissue implant to replace the missing ear in these patients.

The company also told The New York Times that their technology could potentially print other body parts like noses and rotator cuffs and, eventually, complex organs like livers and kidneys.