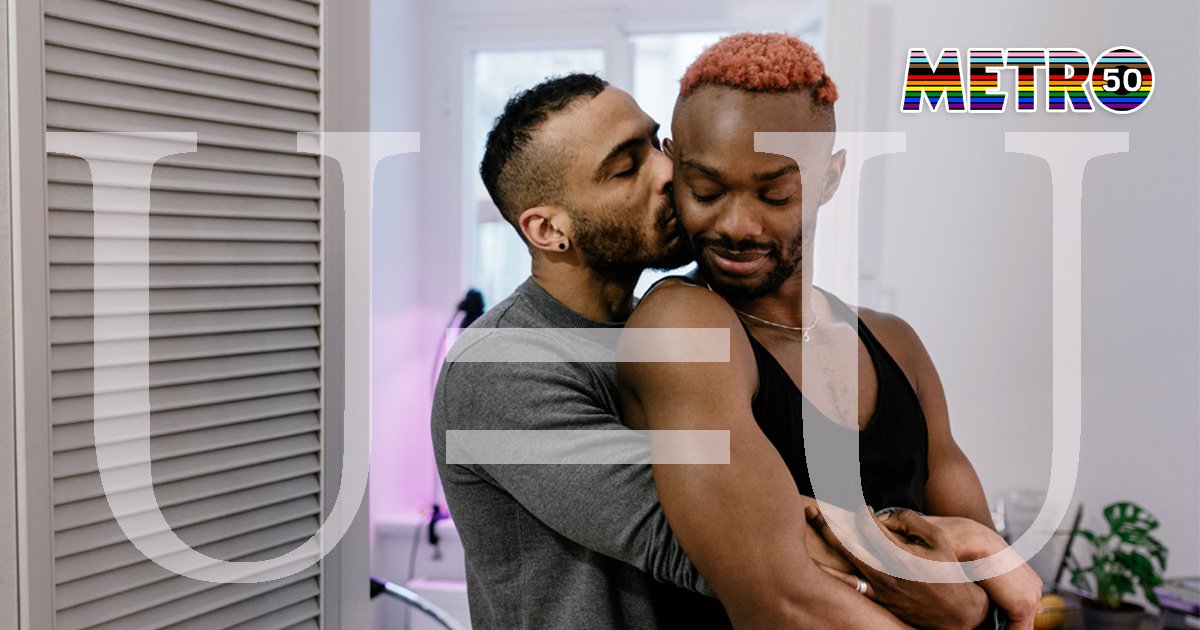 The public perception of HIV/AIDS has come a long way since the ’80s, and thankfully so have treatment options.

HIV was once thought to only affect gay men, while many believed it could be contracted through sharing glasses or using public seats.

A positive HIV test was also once considered a ‘death sentence’, but thanks to advancements in medical science this is far from the case.

Although there’s no official ‘cure’ for HIV and AIDS or vaccine to prevent it, two people have been reported to have been successfully cleared of HIV.

And with antiretroviral medications, those who have been diagnosed with HIV nowadays can even make the virus ‘undetectable’ in the body.

U=U, or undetectable=untransmittable, refers to this; when the viral load of HIV in the blood is so low that it’s undetectable and therefore cannot be passed on to others.

Alex Sparrowhawk from the health improvement team at Terrence Higgins Trust tells Metro.co.uk: ‘Because HIV treatment works by reducing the levels of virus in the blood to undetectable levels to protect the immune system from damage, it also means levels are so low that they can’t be passed on.

‘To put it succinctly, because HIV is undetectable in the blood thanks to treatment, it is untransmittable to partners.’

The term U=U has been used by various campaign groups to easily convey the message to both HIV-negative and HIV-positive people. Through society understanding the condition better, we are able to effectively manage it and provide the best support possible.

It takes the worry out of everyday activities for HIV-positive people, too, allowing them to have relationships free from fear that their partner may contract the virus after a condom slip-up or spontaneous moment.

‘There should be no doubt that a person with sustained, undetectable levels of HIV in their blood cannot transmit HIV to their sexual partners,’ said Professor Chloe Orkin, Chair of the British HIV Association (BHIVA).

But how does this work?

Alex explains: ‘HIV is treated with antiretroviral medicines, which work by stopping the virus replicating in the body. This allows the immune system to repair itself and prevent further damage.’

These treatments are normally taken in combination – either in one tablet or as a bi-monthly injection administered by a nurse or doctor.

‘The overwhelming majority of people living with diagnosed HIV in the UK – where treatment is free – have an undetectable viral load which protects the immune system from damage and means HIV can’t be passed on to partners.’

Condoms should still be used even if you or your partner is ‘undetectable’, as these protect against other STIs too (as well as unwanted pregnancies).

It mainly just gives HIV-positive people some breathing space; the ability to live a normal life without the virus being at the forefront of their mind.

There’s still a long way to go until we have an accessible cure for HIV and AIDS, but it’s amazing how far we’ve come.

This year marks 50 years of Pride, so it seems only fitting that Metro.co.uk goes above and beyond in our ongoing LGBTQ+ support, through a wealth of content that not only celebrates all things Pride, but also share stories, take time to reflect and raises awareness for the community this Pride Month.

And we’ve got some great names on board to help us, too. From a list of famous guest editors taking over the site for a week that includes Rob Rinder, Nicola Adams, Peter Tatchell, Kimberly Hart-Simpson, John Whaite, Anna Richardson and Dr Ranj, we’ll also have the likes Sir Ian McKellen and Drag Race stars The Vivienne, Lawrence Chaney and Tia Kofi offering their insights.

During Pride Month, which runs from 1 – 30 June, Metro.co.uk will also be supporting Kyiv Pride, a Ukrainian charity forced to work harder than ever to protect the rights of the LGBTQ+ community during times of conflict. To find out more about their work, and what you can do to support them, click here.