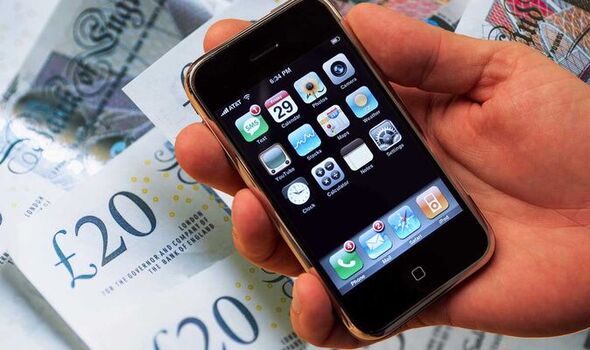 Apple fans that have an old iPhone lying around have just got richer. Over the weekend an original iPhone that was still in its factory packaging sold for a staggering sum at auction. The first ever call maker from Apple, which originally was available for £269 when it hit shelves back in 2007, sold for a whopping £34,887 at an auction held by LCG Auctions.

The US-based firm advertised the 15-year-old iPhone which had never been opened as being in “exceptional condition” with “pristine” labels.

The listing for the device said the packaging was “virtually flawless along the surface and edges”.

Speaking about the iPhone auction, LCG Auctions founder Mark Montero said: “We expected the bidding for this item to be fervent and it did not disappoint as a handful of avid and sophisticated collectors drove the price from just over $10,000 on Sunday afternoon to this record-setting amount by Sunday night.

“We congratulate the winners, our consignors and all of the bidders for making this one of the most active auctions in our history.”

It isn’t the first time that a classic Apple product has sold for a huge price at auction.

Back in 2014 one of Apple’s first computers – the Apple 1 – sold for over half a million pounds.

Like the iPhone, this Apple computer sold for such a high price due to its mint condition.

Finding old tech in such pristine condition is extremely rare, and it’s even harder to come across products in their original packaging and never used.

So chances are you won’t have something as rare as this lying around in your loft or at the bottom of a cupboard at home.

But that doesn’t mean you don’t have any old tech at home that you can’t convert into cash.

Research from reselling website musicMagpie found that the average household in Britain has around £842 worth of unused tech lying around.

This tech – which can be sold to make a bit of extra cash – includes smartphones that people don’t use anymore, gadgets bought during lockdown or for new hobbies, and other tech purchased to help with working from home.

According to musicMagpie, each household in the UK has an average of two unused phones lying around.

And, seeing as the average price paid for phones traded in at musicMagpie is £207.72, this means UK households could be sitting on over £400 worth in unused phones alone.

Speaking about when it’s best to trade in an old phone, musicMagpie’s Jon Miller – who is group chief commercial officer – said: “It’s often thought that you need to have a new phone before you think about selling your old iPhone, but the reality is that you should start the trade process long before that by locking in a price – that way, you don’t need your new phone to hand before you get a price for your old one!

“Once a new iPhone model launches, other models will begin to depreciate in value, so holding onto your old phone for too long will impact how much cash you can bank.

“If you’re due an upgrade, selling your old iPhone model will help make a considerable dent in the price of your new model – it’s a no-brainer, so don’t wait around while your phone decreases in value.”