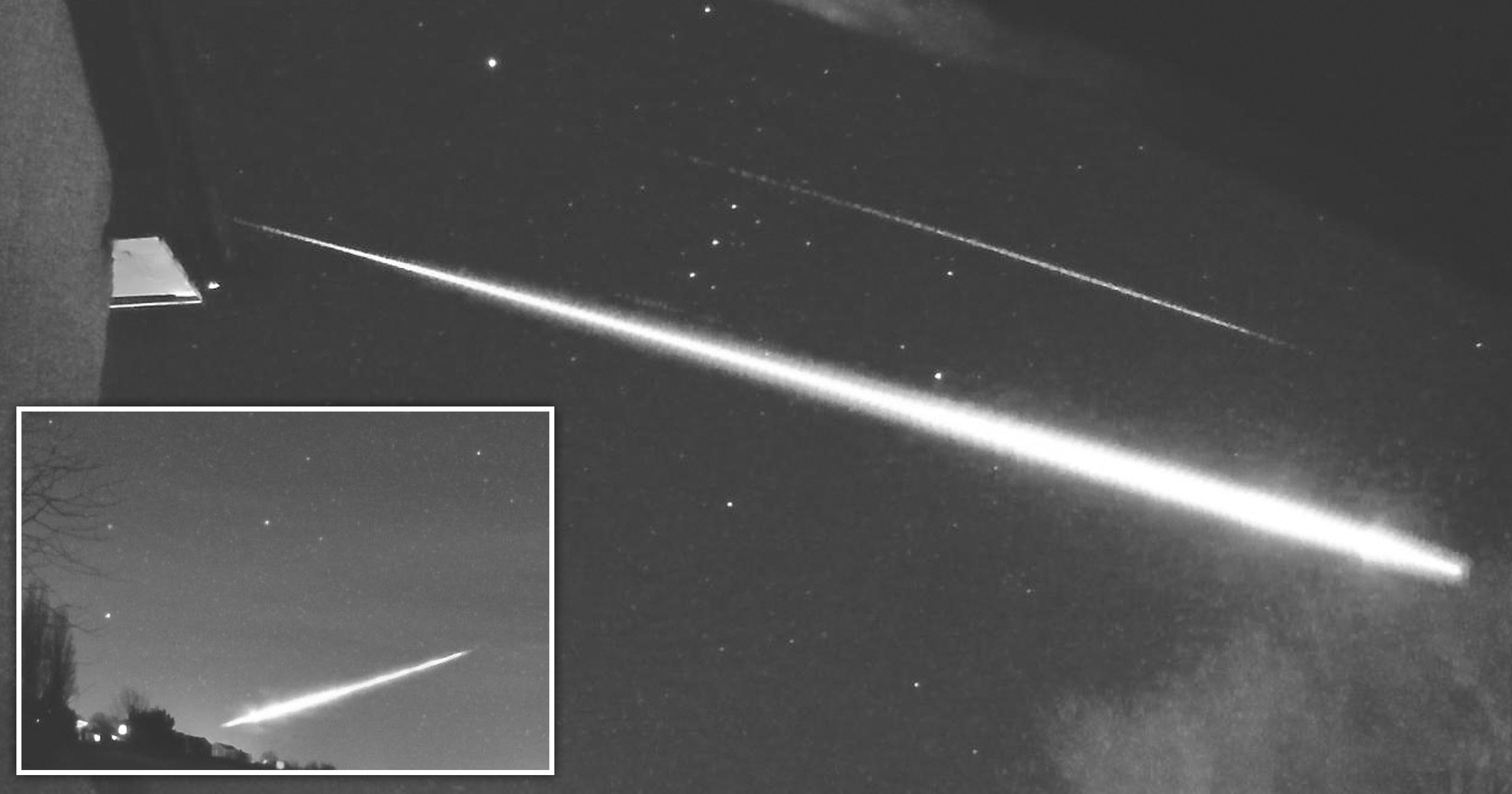 The UK was treated to the rare sight of a fireball cutting through the night sky on Saturday evening.

Described as a green ball of fire with a long tail, the meteor first entered the Earth’s atmosphere at 6.50pm on Saturday, January 29.

Eyewitness reports soon came flooding in from across the country and the UK Meteor Network received over 100 accounts.

The citizen science project tracks meteors and fireballs that appear above the UK and follow up when they crash to the ground, becoming meteorites.

‘The fireball last night was a Sporadic type with an interesting orbit, in perihelion it’s inside Mercury’s orbit. Went down to 28km but no meteorite,’ tweeted the network.

‘Initially I thought it was a firework but it was too big and travelling downwards.’

Although it came in from the North East, onlookers across the country managed to catch a glimpse of it.

Lucky! The #fireball meteor over #Scotland on Saturday was in the field of view, shown at 25km altitude in red.

But to be sure of finding the next Scottish #meteorite, we need more people with meteor cameras. If you maybe want one for about Â£250, go to https://t.co/Jn1K4nGBy5 pic.twitter.com/gyb46O9xDt

Penny Hogg, who saw it near Edinburgh, said the space rock ‘had a bright orange tail, then you saw the bits of fire rock crumble away.’

Meanwhile, in Kent, the fireball was caught on video.

Low fireball seen to the north quite clearly, lasting for around 6 seconds at 18:48. @UKMeteorNetwork pic.twitter.com/LF4u5PYgdm

Meteors are small, rocky bodies in outer space – much, much smaller than asteroids. Occasionally they burn up in our atmosphere as they come into contact with the Earth, forming shooting stars.

The next scheduled meteor shower is the Lyrids, which will peak above the UK on April 22 and 23.