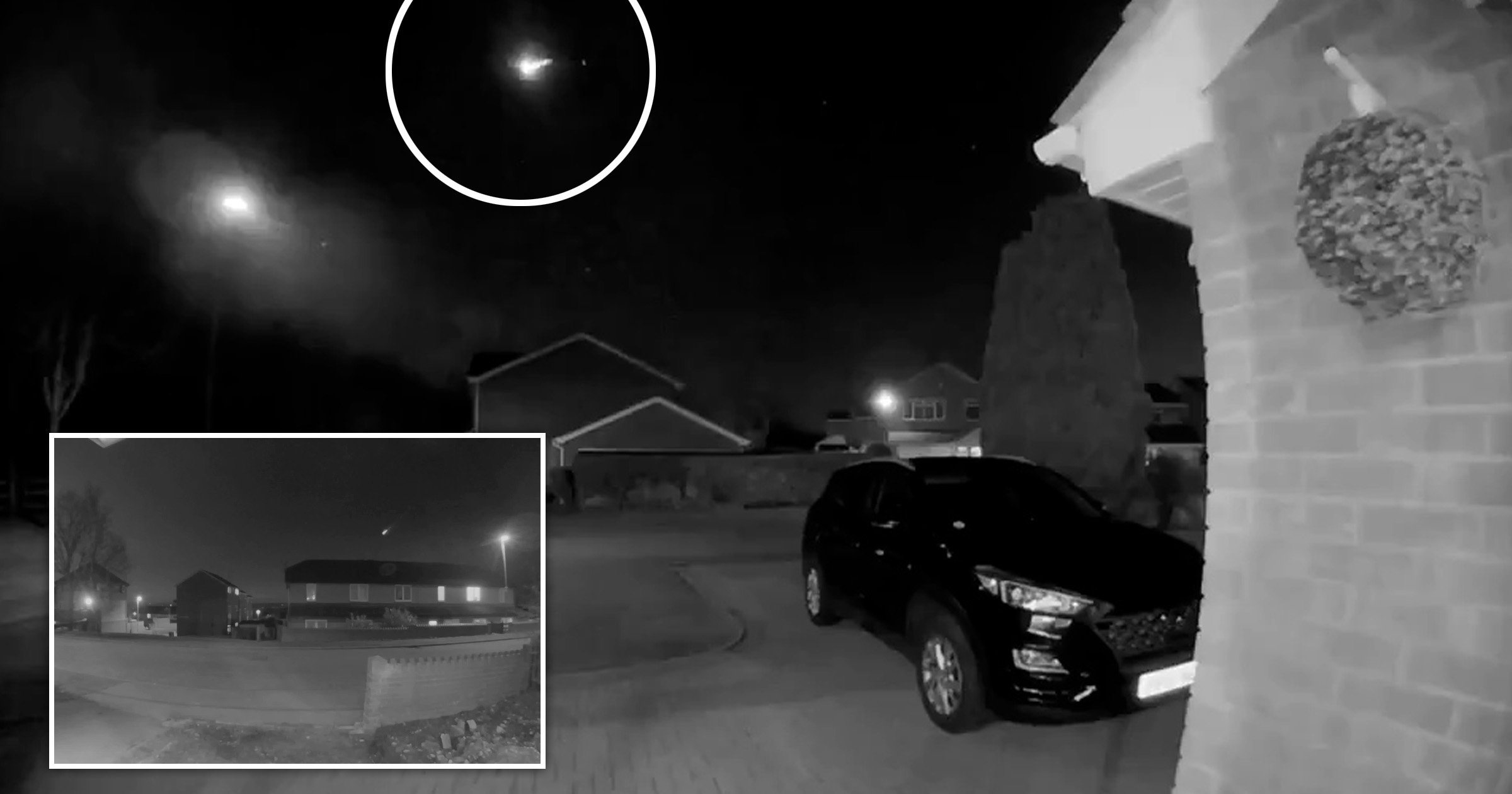 A large meteor lit up the UK sky last night and hundreds of people have taken to social media to report sightings and share videos.

The fireball appeared just before 10pm last night, Sunday, February 28 and appeared for around seven seconds as it flashed through the sky.

It was captured on various security and doorbell cameras around the country. Sightings came in from Manchester, Cardiff, Bath, Milton Keynes and others.

According to the amateur astronomers that make up the UK meteor network, this particular fireball was ‘a slow moving meteor with clearly visible fragmentation.’

The meteor was bright enough to be legitimately classed as a fireball – meaning it reaches a magnitude -4 in brightness – around the same as the planet Venus. For comparison, a full moon is a magnitude -12.6.

A meteor is a fragment of space rock that burns up in our atmosphere – like a fireball or a shooting star.