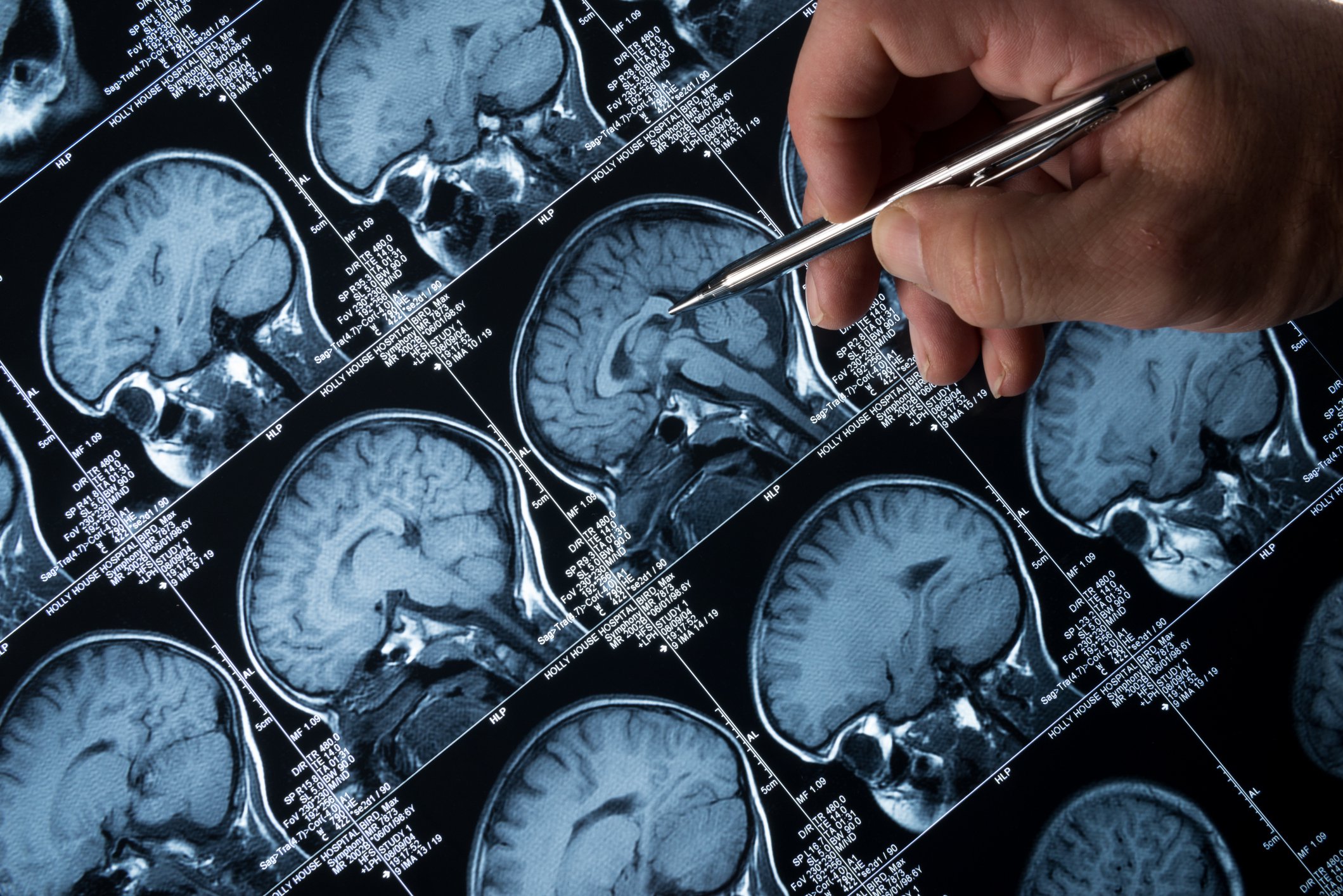 The term ‘Covid brain’ may have been used in an offhand manner as we begin to recover from the pandemic, but it’s very real.

While most people will be fully recovered by 12 weeks, some have been known to experience symptoms far beyond the period of initial infection.

This has come to be known as long Covid – or post-Covid syndrome – and one in five people who have tested positive for the virus have gone on to experience it.

It comes with a wide range of symptoms, from anxiety to heart palpations and dizziness, with ‘brain fog’ commonly reported as one of the more debilitating aspects of long Covid.

Now, researchers at the University of Oxford have confirmed that, in some cases, Covid can literally shrink regions of the human brain.

The experts looked at brain scans of more than 400 people between the ages of 51 and 81 before and after they had Covid-19. They found that in olfactory-related regions (responsible for your sense of smell) brain volume shrunk by an average of 0.7 per cent compared to a control group who did not get Covid.

Professor Gewnaelle Douaud, a neuroscientist who led the study, said: ‘Despite the infection being mild in 96 per cent of our participants, we saw a greater loss of grey matter volume, and greater tissue damage in the infected participants.

The scientists said that the effects on the brain were more evident on older people – especially the 15 members of the study who were admitted to hospital with the virus.

‘All these negative effects were more marked at older ages,’ Prof Douaud said.

According to the study, which has been published in the journal Nature, middle-aged people would normally expect to lose about 0.2 per cent volume in that area per year. However, an older person could expect to see a 0.3 per cent decrease.

But the compelling evidence shows the Covid virus speeds up the rate of decline.

The study was based on participants in the UK Biobank database.

What is Covid brain?

Covid brain, or brain fog, is not a medical condition as such, but a combination of relatively common symptoms that can affect your memory and concentration.

Dr Steve Allder, a Consultant Neurologist at Re:Cognition Health told Metro.co.uk that brain fog can feel like a constant bad hangover: ‘In more medical terms, your thinking feels slow, you struggle to find the right words, to pay attention and concentrate and you are noticeably more forgetful and irritable.’

It is thought that up to three-quarters of people suffering with long Covid effects experience problems with their memory, attention and other cognitive functions.

‘Two studies had cognitive performance data and brain imaging data from patients before and after they contracted acute Covid. Both studies found strong evidence for the existence of brain fog, with the brain imaging confirming changes in brain structure.’