Virgin Media currently rules the roost when it comes to broadband speeds. The firm has been offering downloads at over 500Mbps for some time and has now unleashed 1Gbps speeds in some areas across the UK.

At that rapid rate, it takes just 45 seconds to beam to a Hollywood blockbuster in 1080p high definition straight into your living room. There’s been very little competition for Virgin Media to worry about, especially when it comes to sheer speed but that’s about to change.

BT has just announced that it will soon be rivalling Virgin with its own 1Gbps broadband which will help its customers stay much better connected. The service will form part of a new range of next-generation Full Fibre plans – designed to offer consumers average speeds up to 25 times faster than Superfast fibre.

BT says that this new update will be available in hundreds of cities, towns and villages across the UK. Areas including Belfast, Birmingham, Bristol, Cardiff, Edinburgh, Liverpool, Leeds, London and Manchester could all begin experiencing the improved broadband from later this month with BT boasting more than two million households will get access. 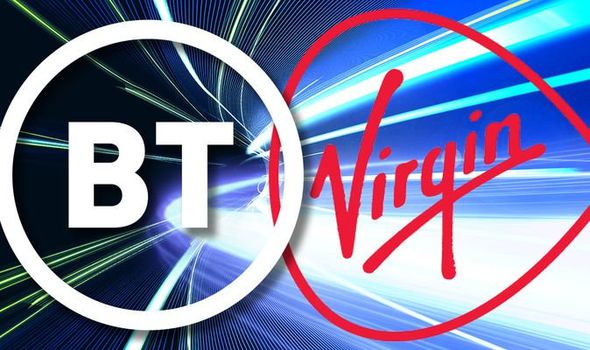 This, BT says, will make it the biggest Full Fibre network of any Internet Service Provider (ISP) in the UK. And BT isn’t finished there. Moving forward, the company says it has an ambition to reach around half of all homes in the UK by the end of 2025.

Virgin Media currently offers its Gig1 in Southampton, Reading, Greater Manchester and the West Midlands. But while the reach is pretty limited at the moment, things are expanding fast. The ISP says it hopes to bring the plan, dubbed Gig1, to 15 million homes across the UK by the end of 2021.

You might be wondering why you need 1Gbps speeds, this technology is becoming more vital. As well as binging on boxsets and listening to music online there’s also the growth in connected gadgets and online gaming.

Downloading a Sony PlayStation 4 game – like Red Dead Redemption 2 (99GB) – currently takes around 4 hours and 20 minutes on the average connection but this is dropped to just 14 minutes when connected to 1Gbps speeds.

There’s no word on how much BT is going to charge for this new service but Virgin’s prices currently start from £62 per month.

Further information on BT’s Full Fibre home broadband service, including pricing and availability for new and existing customers, will be made in the coming weeks. However, customers wanting to be the first to hear more can register their interest here: www.bt.com/full-fibre-interest