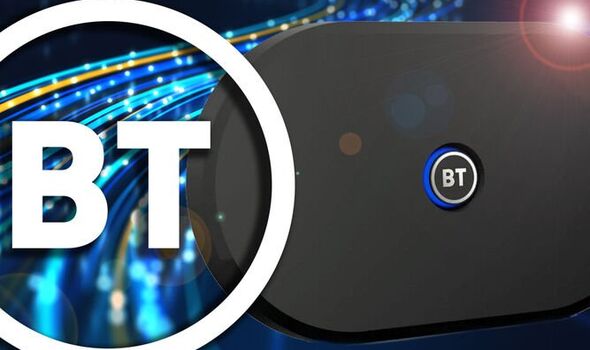 Fancy getting your broadband without paying for it? That’s exactly what BT is offering customers right now with the telecoms giant currently giving away internet access until 2023. This very enticing deal is available across a number of its internet plans including its entry-level Fibre Essential option (36Mbps speeds) and faster Fibre 2 service (70Mbps speeds).

BT has launched a new deal that offers FREE broadband until 2023. This deal is available across a number of plans including Fibre 1 and Fibre 2 which include speeds of up to 70Mbps

Those who sign up will then get broadband beamed into their homes for free with this incentive lasting for the first three months of the contract. BT has also confirmed that all of its deals include a Speed Guarantee, the latest broadband hub for improved Wi-Fi around the home and full security to keep things safe.

If that all sounds enticing then you haven’t got long to take BT up on the offer with the deal ending tomorrow, Thursday, November 3rd.

Of course, once the free access comes to end you’ll then need to pay the standard price with things starting from £28.99 per month for basic internet access.

Here are all the deals and what is included:

BT is offering new and existing customers the chance to get a Netflix subscription (worth £6.99) and a NOW Entertainment Membership (worth £9.99) with its popular BT TV box to pause and rewind live television, and record 300-hours of shows for just £6 per month.

TV and broadband for just £6. This offer includes a clever BT TV set-top box, Sky channels and even access to Netflix.

Another thing to note about all of the deals above is that BT has also scrapped the usual £29.99 fee for joining so it won’t cost a penny to sign up.

If you thought free broadband was good things get even better for anyone wanting some TV action as well.

Along with beaming the web into homes, BT is now offering customers a deal that features full Netflix access and even a swathe of premium channels from Sky – including Sky Atlantic, Sky Max and Sky Witness – for just £6 per month.

If you thought that was good things get even better as there’s also a BT TV Box Pro thrown in as well with this device offering the ability to record 600 hours of content along with beaming shows to the big screen in full 4K definition.

BT says that the £6 offer lasts for the first three months of the deal.