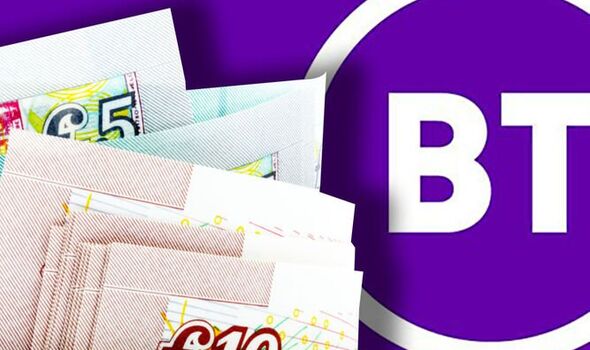 Anyone who uses BT broadband might want to consider making a very simple change to their account. The broadband firm’s popular Plusnet service has launched a very tempting deal that means anyone who switches to them will get a £75 reward card for free.

Plusnet is beating rivals such as BT, Virgin Media and Sky on price thanks to its July sale with broadband starting from just £22.99. Some deals also include a free Mastercard worth up to £75

This piece of plastic can be used at most UK retailers and it can even be popped in a cash machine for those who prefer money in their wallet.

Along with that free £75 card, Plusnet also has some pretty good monthly prices on its broadband. Deals start from £22.99 per month for basic 36Mbps speeds which is actually cheaper than BT currently offers. This entry-level plan should cope with the odd bit of movie streaming along with sending emails and surfing the web.

If that doesn’t sound quick enough, there’s also 66Mbps downloads for £24.99 per month. This package is better for busy homes that have extra devices connected to web at the same time.

All customers also get Plusnet’s all-new Hub Two included which is future-proofed to be able to cope with superfast speeds when they finally arrive in streets.

If this has got you thinking about making the switch then here are all the best deals from Plusnet and what is included.

If you are happy to leave the clutches of BT altogether it’s worth shopping around as a number of smaller suppliers have some incredible deals available right now.

For example, switching to Hyperoptic will see you getting ultra-fast 500Mbps speeds for just £27 per month.

Community Fibre, which supplies large parts of London, is also offering those quick 500Mbps downloads for £27 per month as well.

It’s worth doing some research to see who supplies your street as you may find you can get some seriously good deals and much faster broadband access.