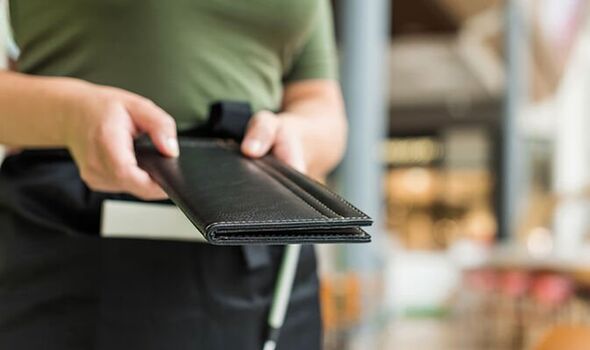 Taking to Mumsnet to vent, the woman explained that she went out for dinner with her friends, and while two of them left a tip, the third refused and was quickly labelled “tight”. However, after asking the forum site if she thought it was unreasonable, the woman’s post erupted into a debate on dining etiquette and whether or not it is an obilgation to leave a tip.

The woman wrote: “Me and three friends went to a little family run Greek restaurant. The bill came to around £80 for four of us.

“At the end of the meal, Friend 1 put £2 on the table and I also put £2. Friend 3 said “is that for a tip?” We said yeah…..she shouts for the waiter and hands him the £4 and says thanks. They didn’t bother to put a couple of pound in each.

“AIBU [Am I being unreasonable] to think it’s a bit tight?”

The post garnered over 500 comments, with opinions split between those who tip restaurant staff and those who are critical of it, reports Edinburgh Live.

One said: “As long as they paid their share of the bill YABU [You are being unreasonable] Some people don’t tip, maybe she didn’t enjoy her meal or service as much as you both did.”

A second added: “No it’s not tight, tipping makes no sense and we need to stop judging people for not tipping a small subset of service workers.

“No one tips retail workers, fast food counter staff, cleaners or care workers. So why is considered ‘tight’ to not give extra money to waiting staff in restaurants who get paid a similar amount for doing similar work?”

A third said: “In the UK they get minimum wage. No need at all to tip for good service that is to be expected. You need to be above and better to get a tip.”

Meanwhile one agreed with the original poster: “That would bother me as well OP. Especially as there was no service charge added to the bill and the way that one of them handed it to the waiter trying to take credit for it.”

“Yes, very tight. It would make me think less of them,” a second added.