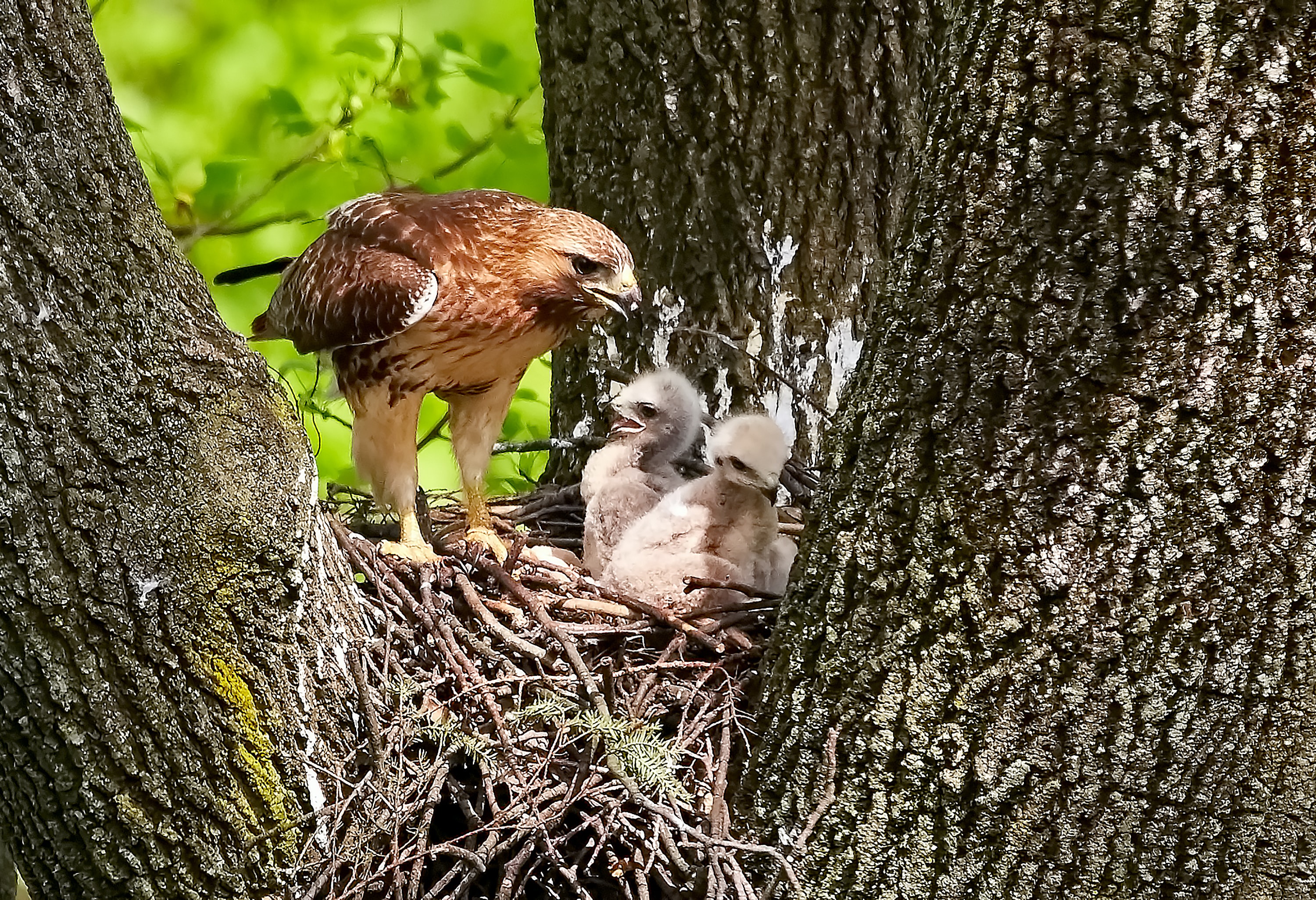 The Steller’s sea eagle hatched yesterday morning and the chick was fed for the first time at the National Centre for Birds of Prey, in Helmsley, North Yorkshire, delighting conservationists.

The species, which is native to the Kamchatka Peninsula in Far East Russia, is considered ‘globally threatened and vulnerable’, with only around 5,000 left in the wild.

Charlie Heap, director of the bird sanctuary, said his team was ‘living the dream’ after their adult female, Inowashi, 13, produced two eggs this spring.

‘It’s the best thing ever. We’ve had a couple of false starts along the way, and I was forced to wait quite a long time,’ he said.

‘But it’s a real living-the-dream moment, and we’re achieving ambitions to be doing things like this. It’s amazing — just perfect!’

Steller’s sea eagle is one of the largest birds of prey — weighing as much as 20lb (9kg) when fully grown and boasting a wingspan of up to 8ft (245cm).

Charlie explained that the magnificent looking birds are in decline as their native habitat is shrinking due to oil drilling off the coast of Siberia.

‘They live in a range that is thousands of miles long, but it’s only hundreds of miles wide, so they are extraordinarily vulnerable to change and disturbance,’ he said.

‘We’ve all seen the things on TV with oil spills and what have you — that could be a species extinction event for birds like this,’ said Charlie.

The sea eagles were bred as part of a European wide programme to increase the numbers held in captivity.

Charlie explained how it was important that every zoo breeds the species that they hold to enlarge the captive population and the captive gene pool.

‘They sit there like a bank in various collections all over the place in case they’re ever needed, and this is where being part of a cooperative system is absolutely critical,’ he said.

Specialists at the wildlife sanctuary had waited years to successfully breed their two adult Steller eagles named Inowashi, 13, and Husband, 11.

‘I think we had the pair for eight years before we managed to successfully breed them,’ said Charlie. ‘Breeding eagles is not for impatient people, and I’m an impatient person, and I was forced to wait quite a long time!’

It’s also important for the chicks to be raised by their own parents as young eagles grow up thinking that they’re the same as whatever species raises them.

‘So if you hand raise them, you get eagles thinking they are people,’ said Charlie.

Steller’s sea eagle is on the ‘red list’ of globally threatened birds according to the International Union for Conservation of Nature.

There are only around 2,000 breeding pairs in the world, and the species is believed to be in overall decline.