While Bose and Sony make some the best headphones money can buy, things could be about to get a lot tougher for these audio giants. Rumours are once again beginning to circulate that Apple will unveil a new type of AirPods and, if true, these will be a direct competitor to Sony’s award-winning WH1000XM3 and the absolutely brilliant Bose 700 series.

Apple has already taken the wireless earbud market by storm with its hugely-popular AirPods and AirPods Pro. And now, it seems the team in Cupertino is designing some new music-makers that aren’t like anything we’ve seen before from the firm.

Unlike the current range of AirPods, which tuck neatly inside your ear, these new headphones will sit over your entire ear bringing improved sound, room for bigger batteries for longer listening sessions and better noise cancellation.

These rumours have been around for a while but the latest update comes from tech analyst Jon Prosser, who has posted a message on Twitter revealing the new name and price of the upcoming cans. In the tweet, Prosser states that these headphones will be called the AirPods Studio and will cost $349. 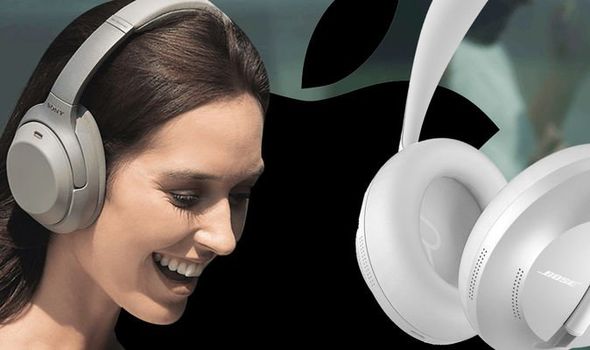 There’s no word on a release date but Apple hasn’t been shy with regards to unveiling devices despite the current lockdown. Over the past few months, we’ve seen a new MacBook Air, iPad Pro, iPhone SE and MacBook Pro all arrive in (online) stores.

With its audio products proving to be such a hit, it would make sense for Apple to add some noise-cancelling wireless over-ear headphones to its portfolio and that now seems highly likely.

However, before you get too excited it is worth noting that Prosser speculated that Apple was planning the release of some new AirPods back in March and this clearly never happened.

It was stated that numerous employees from US supermarket Target had been in touch with the analyst to say they’ve noticed a new Apple product listed in their internal inventory.

In his tweet, Prosser said: “Multiple Target employees have started reaching out to me about this. Showing up in their systems and on UPC scanners is this mysterious “Apple AirPods (X Generation)” listing, priced at $399. Potentially Apple’s over-ear “StudioPods” headphones. Launch soon (March)?”

As with all new Apple devices, it’s unlikely there will be any official confirmation until they are released so watch this space.