An Australian privacy authority has ordered facial recognition company Clearview AI to stop scanning the faces of Australians and destroy the images and related data it has already collected.

It’s the latest challenge for the New York startup that has angered privacy advocates around the world over its practice of “scraping” photos from social media to identify people wanted by police and other government agencies. 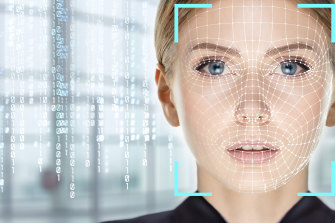 Clearview has boasted it has a much larger collection of “more than 10 billion facial images, the largest known database of its kind” and that all are publicly accessible and legally obtained from online news sources, mugshot websites and social media.Credit:iStock

Australian Information Commissioner and Privacy Commissioner Angelene Falk said that the company breached Australians’ privacy by pulling their personal data from the web and disclosing it through its facial recognition tool.

“The covert collection of this kind of sensitive information is unreasonably intrusive and unfair,” Falk said in a written statement. “It carries significant risk of harm to individuals, including vulnerable groups such as children and victims of crime.”

Clearview said Wednesday it was appealing the decision and challenged whether the regulator has any jurisdiction over the company, which doesn’t do business in Australia or have any customers there. Clearview, however, had provided trials of its tool to some Australian police forces, including the federal police, but halted those trials after the regulator began its investigation.

Clearview CEO Hoan Ton-That, describing himself as a dual citizen of the US and Australia, where he grew up, said in an emailed statement he was disheartened that the Australian regulator misinterpreted his technology’s value in helping law enforcement solve “heinous crimes.”

Facebook announced Tuesday it will shut down its own face-recognition system and delete the faceprints of more than 1 billion people amid growing concerns about the technology and its misuse by governments, police and others.

Clearview has boasted it has a much larger collection of “more than 10 billion facial images, the largest known database of its kind” and that all are publicly accessible and legally obtained from online news sources, mugshot websites and social media. It signed a contract last year with US immigration officials and recently submitted its technology to a US standards authority to verify its accuracy.

Clearview has faced a number of challenges, including lawsuits in the US and scrutiny from US lawmakers and European and Canadian regulators.

Clearview stopped operations in Canada last year. Privacy commissioners there asked the firm this year to remove data on Canadian citizens, with one commissioner arguing that the system puts all Canadians “continually in a police lineup.”