Apple has introduced a version of its MacBook Pro that it claims is the longest-lasting Mac computer ever, alongside the first Mac Mini to be outfitted with a pro-level processor, in a rare January product launch.

Billed as flagship devices for the tech giant’s latest in-house M2 chips, the M2 Pro and M2 Max are supercharged versions of last year’s M2, which in turn was the second generation of Apple’s own system-on-a-chip design that separated the company from Intel and allowed for more powerful and efficient Macs and iPads.

Apple claims that the graphical power of these new chips is 30 per cent higher than for their M1 equivalents, and the M2 Max can be configured with up to 96 GB of incredibly fast memory. 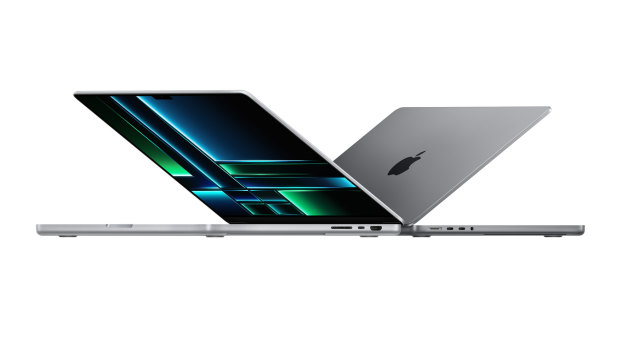 The new MacBook Pro models are the most powerful and longest lasting yet, Apple says.

The new MacBook Pro machines come in 14- and 16-inch sizes and can be configured with either of the new processors. Apple claims the larger model has the best battery life ever for a Mac; up to 22 hours. They’re on sale now and cost between $3200 and $10,100, depending on the configuration.

Meanwhile, a new Mac Mini, which is a tiny desktop computer, has been refreshed with the standard M2 (starting at $1000) or the option of the M2 Pro (starting at $2000). A maxed-out Mac Mini, with a 12-core CPU, 19-core GPU, 32GB of RAM and 8TB of storage could be a serious productivity or creativity machine, and would go for $6800.

The new Macs bolster a product line that brought in $US40.2 billion ($57.5 billion) last year, accounting for more than 10 per cent of the tech giant’s revenue.

The company also plans to bring a variation of the M2 chip to its high-end Mac Pro desktop computer later this year. And Apple is working on new versions of the MacBook Air, including a larger model with a 15-inch screen.

Notably, the roll-out of a Mac Mini with a faster M2 Pro chip has allowed the company to discontinue one of its last remaining models with Intel chips. The company this week also stopped selling a high-end Mac Mini with a non-Apple processor. The only Intel machine in Apple’s lineup is now the Mac Pro desktop.