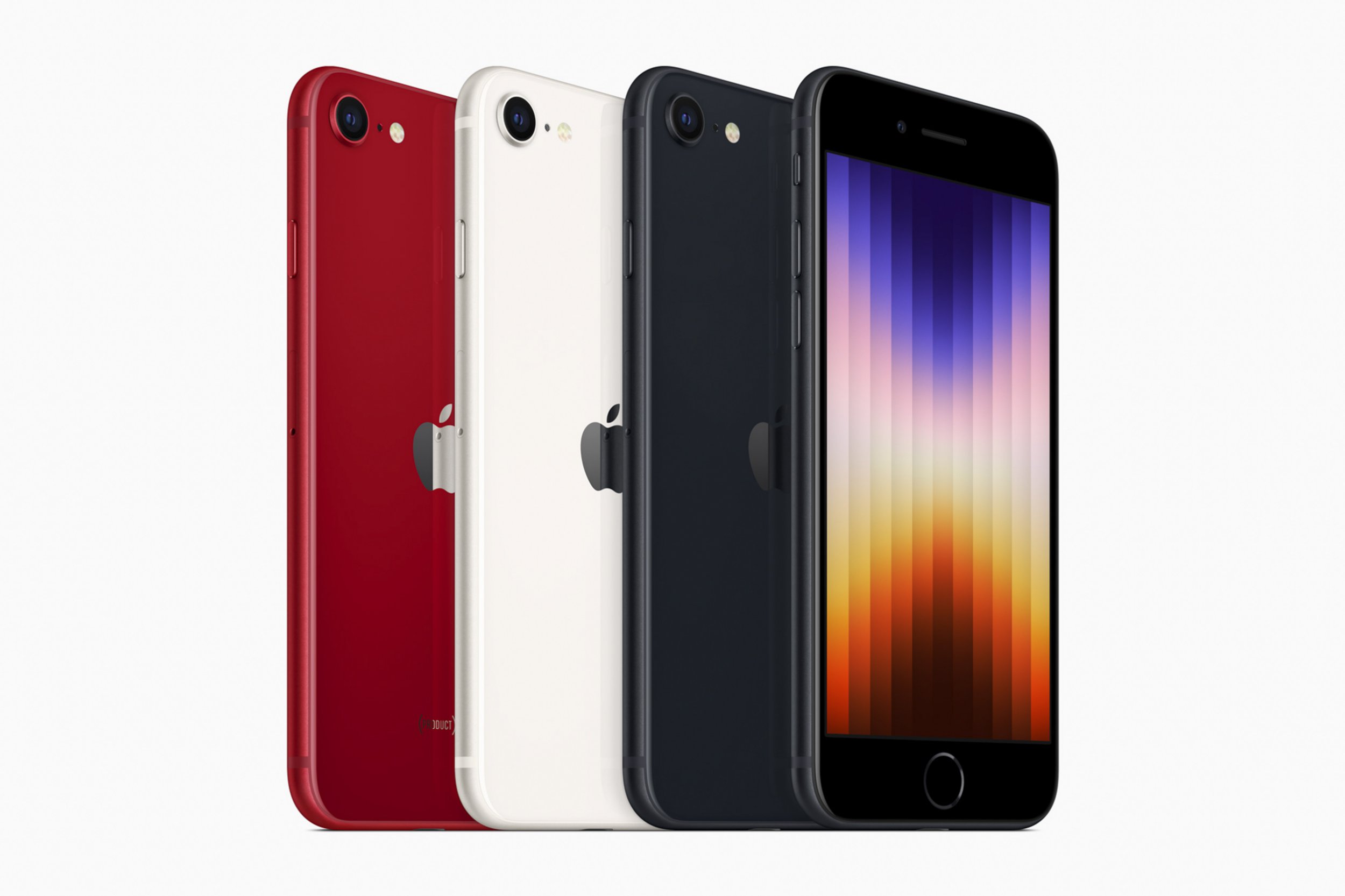 Apple’s introduction of a new iPhone SE is a sign the phone maker is looking to ‘dominate the growing budget smartphone market’, one industry expert has said.

The new handset, which goes on sale on March 18, is several hundred pounds cheaper than the flagship iPhone 13 – but comes with the same A15 Bionic processor and 5G connectivity.

Although it has a smaller screen and the older iPhone design of a physical home button, mobiles expert Catherine Hiley from Uswitch.com said the new device offered a ‘huge power-up for the budget range’.

A number of smartphone manufacturers have taken to introducing more budget models in recent years as the price of premium models rises and users hold onto their existing handsets for longer.

‘With the original SE launching in 2016, the faster turnaround for the SE 3 suggests Apple is increasingly looking to dominate the growing budget smartphone market.’

‘The most significant changes have come under the hood. While the new SE offers storage of up to 256GB like its predecessor, it now carries the same A15 Bionic chip as last year’s hugely popular iPhone 13.

‘This more powerful and efficient chip should improve the quality of pictures and video and deliver longer battery life.

‘As the lowest-priced iPhone to offer 5G, the SE stands to be a popular work phone choice.

‘And with UK operators closing their 3G networks from next year, the handset will also be a tempting option for those who want to future-proof their communications.

‘Smartphone users who want an economic option while staying loyal to iOS will find the SE hard to resist.’

Fellow industry expert, Ben Wood, from CCS Insight agreed, saying that the power built into the new SE made a formidable device against its rivals.

‘Apple’s decision to use its A15 Bionic chipset in the iPhone SE contrasts the approach taken by rival smartphone makers who tend to use less powerful chipsets in cheaper devices,’ he said.

‘However, at £419, the iPhone SE is a long way from the sub 200 dollars 5G Android smartphones currently offered by several Chinese manufacturers – Apple’s entry-level iPhone would be considered a flagship product by many rival manufacturers.’