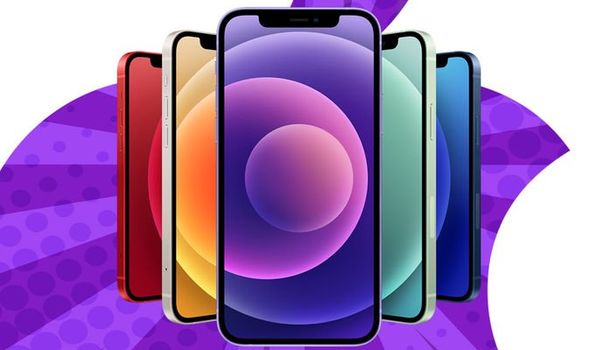 Apple held its first showcase event of the year last night from California. Teased ahead of time with the tagline “Spring Loaded”, the event lived up to the title – with a new iPad Pro that’s as powerful as its latest MacBook Pro, a redesigned iMac with half a dozen new colours and boosted camera for video calls, a new colour for the iPhone 12 range, a minor upgrade for the Apple TV and an unrecognisable remote, and its long-awaited AirTags, which allow iPhone owners to pinpoint the location of lost keys and wallets from the Find My app on iOS.

But one thing that wasn’t mentioned was the feverishly-anticipated iOS 14.5 update. Some had predicted the “Spring Loaded” event would trigger the launch of iOS 14.5 and iPadOS 14.5 worldwide. Unfortunately, Apple didn’t confirm when its latest software updates would roll-out to eager customers during its 60-minute presentation, which was pre-recorded in its headquarters in Cupertino, California. However, that doesn’t mean we don’t know when the new updates are coming….

In the minutes after the event, Apple confirmed when customers could expect to see iOS 14.5 and iPadOS 14.5 begin to land on their gadgets. These details were found buried at the bottom of the press releases for the AirTags and new iPad Pro models. In the former, Apple states: “AirTag requires iPhone or iPod touch running iOS 14.5 or later, or iPad running iPadOS 14.5 or later. These software updates will be available starting next week.”

Apple had already confirmed that its new iPhone 12 model would arrive with iOS 14.5 installed out-of-the-box. Since that hits store shelves on April 30, it’s not a huge surprise that iOS 14.5 will begin rolling out to existing iPhone owners worldwide a little before.

As you’d expect, Apple isn’t planning to make iPad owners wait any longer for their next operating system update. A release date for iPadOS 14.5 can be found squirrelled away at the bottom of the press release for the new iPad Pro model.

It reads: “iPadOS 14.5, which will be available to iPad customers starting next week, comes with new additions, including expanded language support for Apple Pencil features like Scribble and Smart Selection, new emoji, support for the latest gaming controllers, and the ability to share lyrics and see top songs in cities around the world with Apple Music.”

Just like the iPhone 12 in its fancy new purple colourways, the redesigned iPad Pro will ship with iPadOS 14.5 out of the box. It will be available to pre-order on April 30, with availability in the latter half of May, depending on your region. 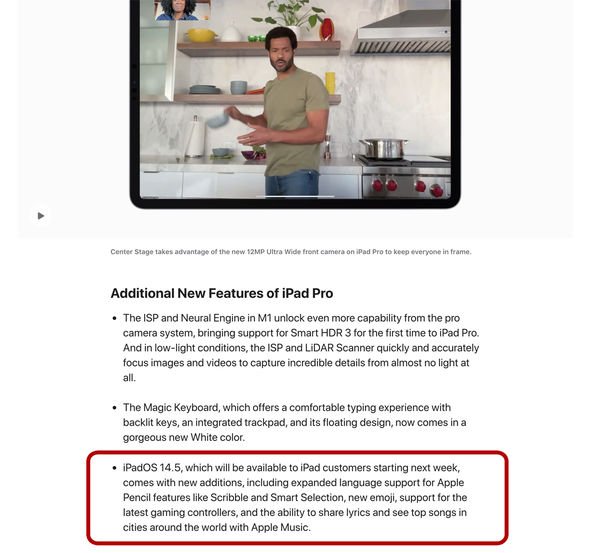 iOS 14.5 is an important update. Amongst all the usual performance and stability tweaks, Apple has added a new feature that will allow its Face ID facial recognition system to work – even when you’re wearing a face covering. The UK, and a number of countries around the world, require everyone to wear a face-covering when inside – in a supermarket, hairdresser, and more.

While helpful at reducing the spread of coronavirus, face-coverings are pretty unhelpful when it comes to Face ID, which is found on iPhone X, iPhone Xs, iPhone 11, iPhone 12 and the iPad Pro range. It scans your face to authenticate contactless payments, unlock the handset, and open secure apps – like mobile banking. 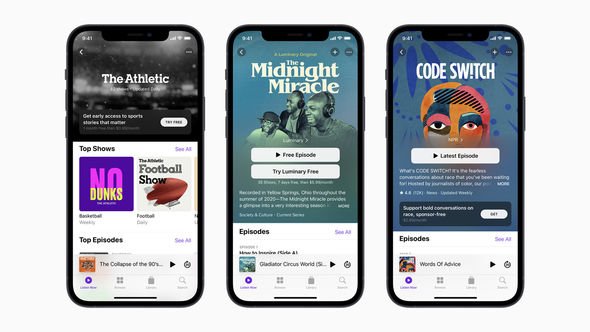 With iOS 14.5, Apple will allow Face ID to unlock your smartphone whenever it detects a face-covering blocking its scan. To do this without making your iPhone less secure, Apple will look for an unlocked Apple Watch in close proximity.

If the software determines that your Apple Watch is close enough to be on your wrist, unlocked and signed in with the same Apple ID account, it will let Face ID work. That means you’ll be able to check your bank balance before paying with a card, answering WhatsApp texts and check a shopping list on your iPhone without resorting to a PIN code to unlock your smartphone each time.

An enhanced Apple Podcasts app with the redesigned show and episode pages is also coming in iOS 14.5. It will also offer Podcast listeners the chance to pay a subscription fee to unlock advert-free episodes as well as exclusive content. iOS 14.5 also brings all-new emoji to the iPhone.

In addition, Siri no longer has a default voice and will include more diverse voice options in English. This latest software update builds on the release of iOS 14, which delivered a major update to the Home Screen with beautifully redesigned widgets and the App Library, new ways to use apps with App Clips, and powerful updates to Messages.

Although it’s unclear exactly when next week iOS 14.5 will appear, you’ll be able to test out all of the new features (and emoji) on your iPhone and iPad before Friday April 30.