It’s been another tough 12 months for Android users with this hugely popular operating system targeted by a never-ending barrage of malicious applications. Google continues to fight back against this issue with hundreds of apps banned by the US technology firm over the past few months.

These apps have all manner of nasty surprises hidden inside with some able to steal personal data whilst others fill devices with adverts that take over rhe screen even when they are not in use.

Luckily, there are some very simple steps you can take to protect your smartphone and all of its personal content.

The team at security firm AVG, have published some very useful tips which are certainly worth taking note of if you have an Android phone stuffed in your pocket. Perhaps the best advice is to try not to be tempted into adding games or services from third-party apps stores as this is often where malware is easily hidden.

The lure of premium apps for free can make these online market places an enticing place to visit but it can put your smartphone at serious risk as there’s often no vetting in place to check for security issues. 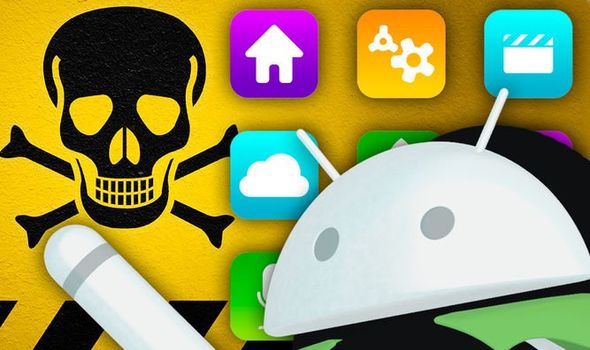 Although third-party stores are best avoided, the Google Play Store can still contain harmful applications but these can be usually be spotted by doing some simple research.

Before downloading an app check out the developer to make sure what they’ve released in the past hasn’t featured any hidden surprises.

It’s also a good idea to read as many of the reviews, that are published on the Play Store alongside the app, as you can as this will often reveal if other users have had problems.

Some developers may try and post fake five-star reviews but these can easily be spotted if they appear along with a swathe of 1 and 2-star comments.

An app with lots of downloads and good reviews usually means should be OK.

Once you download an app it may ask for certain permissions and access to areas of your phone but be careful.

As AVG explain, “Be on the lookout for suspicious permission requests that do not relate to the app’s intended purpose. Instagram obviously needs permission to access your photos, but Candy Crush shouldn’t be asking to read your sensitive log data.”

One final thing to be aware of is fake app scams which can appear official but often lead users to downloading things they may regret.

If you’re downloading “Facebook Messenger” and suddenly notice it was published just a few months ago, that’s a telltale sign the app is fake. Instead, look for an “updated on” date.

Fake apps may also come via emails which often contain spelling or grammar mistakes as they created hastily, or in countries where English isn’t native.

Google’s Play Protect service is helping to stop many of these problems arising but, if you’re still worried about dangerous apps, then you can always add an extra layer security via antivirus software.