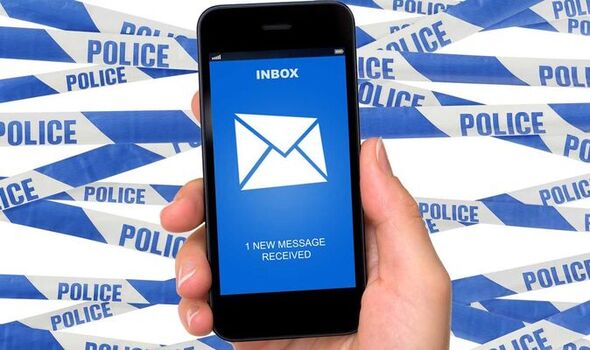 The Metropolitan Police are sending out text messages to 70,000 people in the UK who are believed to be the victims of a sophisticated scam. Texts are being sent out to Android and iPhone owners who were tricked into speaking to fraudsters on the phone that claimed to be from their bank. The texts were sent earlier this month, but security experts are warning that con-artists could try to replicate this official police message to spread hoaxes of their own.

Jake Moore, the global cybersecurity advisor at anti-virus provider ESET, is advising Brits to be on the lookout for bogus messages that try to imitate the police – and offered advice on how to stay safe.

Moore said: “Knowing the text message is legitimate will be tricky but the call to action is to head over to the Action Fraud website.

“To err on the side of caution, anyone receiving this text should visit the website via a trusted source such as directly from the police website.

Messages would direct victims to the official Metropolitan Police website and then ask them to register details with Action Fraud.

Any other text messages about this should be seen as fraudulent.

If you have received a text asking you to provide your information be very careful about the link you click on.

You can find the official Action Fraud website by clicking here, while this is the page for the official Metropolitan Police website.

If the text you receive directs you to a website which you’re not sure is genuine make sure you contact Action Fraud directly to confirm if the link you’ve received is genuine or not.

This will take you a bit of extra time but will save you a lot more in the long run if you ended up falling victim to a scam.

One of the most popular types of scams is spoofing, and that’s when scammers try to impersonate an official organisation.

This can be done via a fake – and convincing-looking – bogus website which is designed to steal sensitive personal information.

The scam that the police are warning thousands of Brits about this month involved fraudsters calling victims randomly to say suspicious activity had been discovered on their bank account.

Con-artists claimed to be from well-known banks like Barclays, Santander, HSBC, Lloyds, Halifax.

According to the BBC, the number of victims could be 200,000 with victims losing thousands of pounds.

In one case a victim lost £3million.