In a scene from season 3 of the hit neo-western series Yellowstone, Mo, the steady right hand and loyal fixer of Native American power broker Thomas Rainwater, lights some sage and lets the smoke waft through Rainwater’s office. They’re about to meet with Angela Blue Thunder (Q’orianka Kilcher), a hard-charging Native lawyer with a take-no-prisoners attitude on going after the Montana ranchland owned by John Dutton (Kevin Costner).

Angela contemptuously douses the sage with water, but Mo — played by Moses Brings Plenty — with a “who is this person?” look on his face, relights it after she leaves, allowing his boss to breathe in some of its healing powers. The moment contains both seriousness and subtle humour.

“In our culture, we use these items to cleanse the space and protect the mind,” Brings Plenty said in a recent video interview from Fort Worth, Texas, where Yellowstone, had its season 5 premiere this month. “But burning sage and sweetgrass has become a fad and has been culturally misappropriated,” he added, and those substances “are sacred to us.” 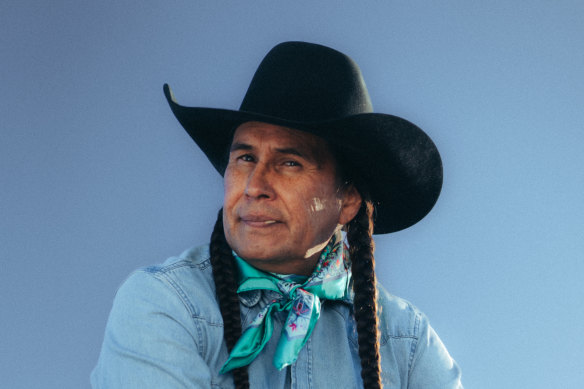 For Brings Plenty, getting these details right is crucial.

“On and off the set, Mo really tries to be a bridge connecting indigenous people with our industry in film,” said Kilcher, who is of indigenous South American heritage. “It’s amazing to see all the good work that he’s doing.”

In a series that takes great care with its Native American characters and storylines, Brings Plenty keeps it as real as anyone. Onscreen he exudes a quiet strength, even when his character is executing some of the show’s frequently unsavoury business. Offscreen he’s an adviser and a trusted confidant of Yellowstone creator Taylor Sheridan and his creative team. He even wrangles horses.

Playing a character who started off as Rainwater’s nameless driver, Brings Plenty has gradually become a regular presence, especially in episodes that involve Native rituals. At the end of season 4, he conducts a hanbleceya, a sort of vision quest, for Kayce Dutton (Luke Grimes), a white character married to a Native American woman, Monica (Kelsey Asbille). In a moving scene from the most recent episode, he oversees a burial ritual for the son who died at birth after Monica was in a car accident.

That last sequence hits home for Brings Plenty, whose mother lost three infant sons when he was a child.

“It was a powerful moment and very real for me,” he said.

“I spent time on all three reservations, so I always say I grew up in the Lakota Nation,” he said.

His interest in acting dates back to the days when he would ask children on the reservation why they didn’t have more pride in their identity. The most common answer? They never saw themselves on TV.

Brings Plenty started in theatre, worked his way into stunt riding (“I knew I could fall off a horse and take it”), then began landing supporting roles in film and television (Hell on Wheels, The Revenant).

But just a few years ago, he was ready to pack it in and return to his ranch in Kansas. Appreciative of his opportunities, he wasn’t satisfied with the Native representation he saw onscreen. He felt discouraged. He and his family agreed that he would wait until the end of the year to make a decision. That’s when Yellowstone came calling.

Gil Birmingham, who plays Rainwater and has been friends with Brings Plenty for several years, likes to tell the story of how the character Mo got his name. Sheridan had not given the character a name — he was just Rainwater’s driver — and during one of the many scenes between Birmingham and Brings Plenty, Birmingham called his old friend by his real name: Mo (short for Moses). 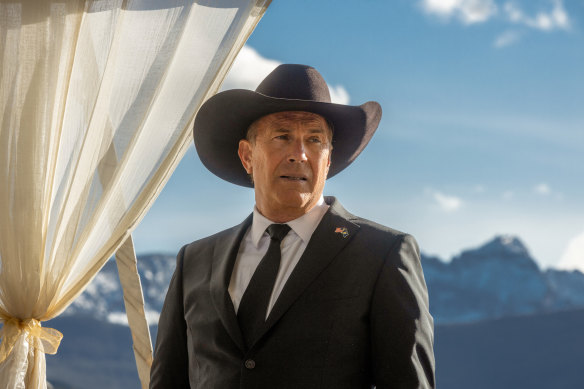 “So Taylor decided that he was going to use that name for the character as well,” Birmingham said in a phone interview. “When Mo is out and about, it’s pretty funny because people tend to call you by your character name, and it happens to be his real name. There’s no distinction there for fans.”

When fans do recognise Brings Plenty in public, it’s often because of his braids, which hang below his waist. As with most matters in Mo’s world, the braids carry cultural significance.

“We wear two braids as men to honour the gifts of the women,” he said.

“There is a real honesty to Mo’s acting — a comfortable vulnerability,” Sheridan said in an email. “One of the great things about long-form storytelling is that it allows me to react to actors who really shine. Mo began as a co-star on the show, and now he is a series regular. That is how much his portrayal leapt from the screen.”

These are heady times for Native American representation on television, with a great quantity and range of characters and stories. Dark Winds, on AMC +, follows two Navajo policemen investigating a mysterious double murder. Alaska Daily, about the doings of a scrappy Anchorage newspaper, shines a light on the crisis of murdered and missing indigenous women, a subject also featured on Yellowstone and in Sheridan’s 2017 film Wind River (its cast includes Birmingham and Asbille of Yellowstone). FX’s Reservation Dogs (streaming on Binge), a droll comedy about four teenagers growing up on an Oklahoma reservation, won a Peabody Award.

“Yellowstone was the catalyst to make room, to give space and inspiration for others to get involved with Native stories and give Native people opportunities,” Brings Plenty said. “We’ve often been left behind, but the way I see it and understand it, Taylor Sheridan said: ‘Come on, let’s go. That’s enough of you guys being back there. Let’s bring you up to the forefront.’”

“One cannot accurately tell the story of the West without telling the story of the original inhabitants of the region,” he said. “Sure, Yellowstone is highly dramatised, but the storylines are all rooted in truth.

“To ignore the impact of our settlement on Native people is to tell half the story. And the Native American half has been habitually ignored by the entertainment industry. We don’t ignore it. We look right at it.”

Yellowstone is on Stan.