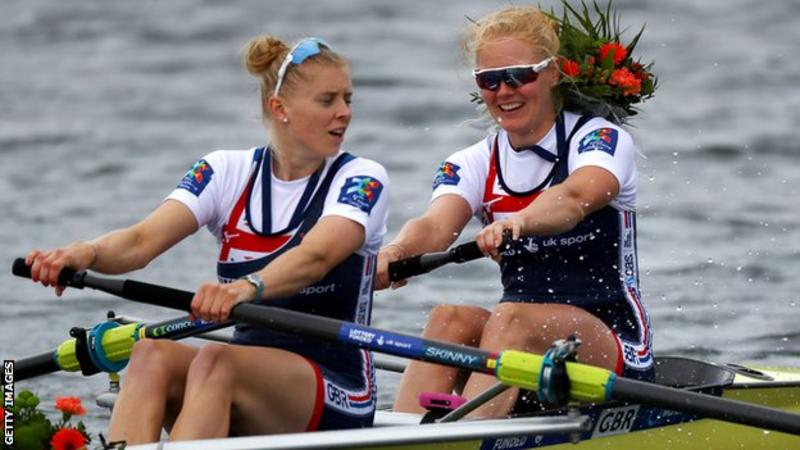 Swann will compete in the women’s four at the World Championships, which begin on 25 August, and is hoping to help GB qualify for the 2020 Olympics in Tokyo.

“I did everything at full intensity,” she says of the two-and-a-half years spent training and studying.

Swann took a sabbatical from her medical studies at Edinburgh University in 2010 to focus on rowing and returned to her degree after the Rio Olympics.

On some hospital rotations, she would go to work at 07:30 and be there until after 17:00, then have to fit in a training session.

“I had a scaled-back programme, training once a day and twice a day at the weekends,” Swann adds.

“It meant every time I went to the gym it was flat out. I had one hour to do my weights, there was no capacity to do anything else.

“I have a physiologist who witnessed some special moments – lots of tears and lots of tantrums. He got me through it and kept pushing because I knew that if I didn’t do it there was no way I would make the [GB] team again.”

‘We will rise up for Olympic qualification’

Swann raced with GB at the Poznan World Cup meeting in June and will now hope to finish in the top eight alongside Sara Parfett, Holly Hill and Emily Ford at the World Championships in Austria to secure Olympic qualification for their boat.

The 2013 women’s pair world champion describes Rio as a “fantastic experience” and admits she considered retiring after being part of the first British women’s eight to win an Olympic medal.

But Swann “just couldn’t stop thinking about rowing” and is now preparing for the challenge of another World Championships and the added pressure that Olympic qualification brings.

“It’s very intense and people do crazy things because their space at the Olympics is on the line,” she adds. “Things happen that are just not normal. You can feel the anticipation, excitement and adrenaline already.

“All three of the girls I’m rowing with I’ve never rowed with before, so it’s fun to learn how new people tick and how to get the best out of each other.

“At times it’s been quite rocky and we’re still not the finished product at all. I have faith that we will rise up for the event and for Olympic qualification.”