Muirhead and Mouat’s brilliant performances marked the first time that two British curling teams have stood on the podium at the same Games.

While Muirhead cantered to 10-3 victory in the gold medal match against Japan, Mouat was narrowly outwitted 5-4 by Sweden in a low-scoring thriller.

The 27-year-old didn’t need any more incentive to chase top step in four years’ time, but Muirhead gave it to him anyway.

“What a resilient team that is, they’ve had to battle so hard for the last year and I’m over the moon for them,” said Mouat. 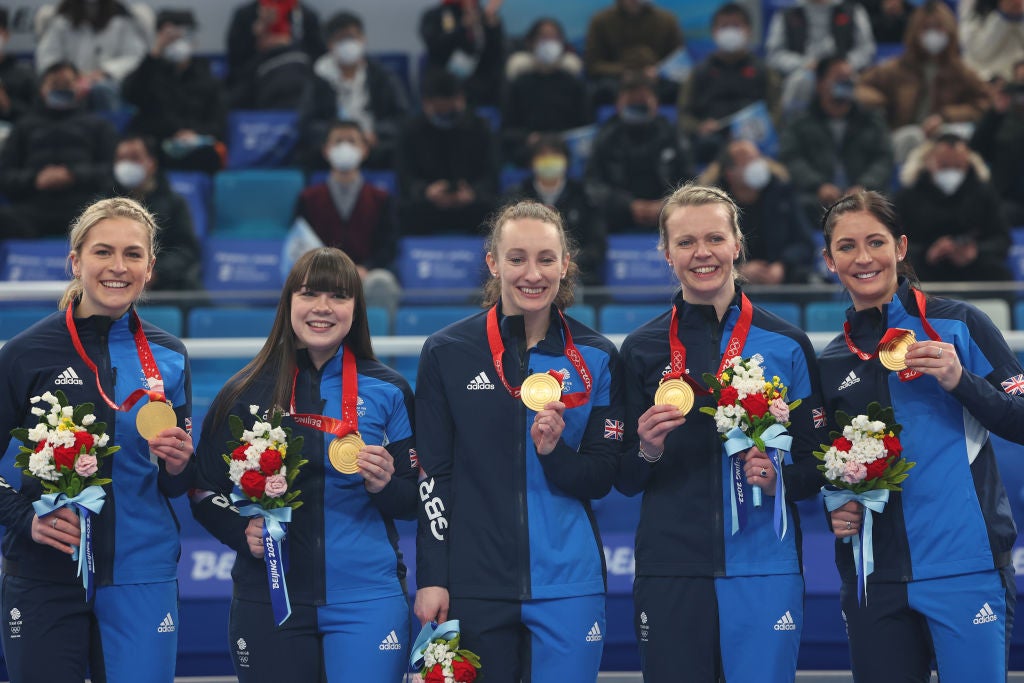 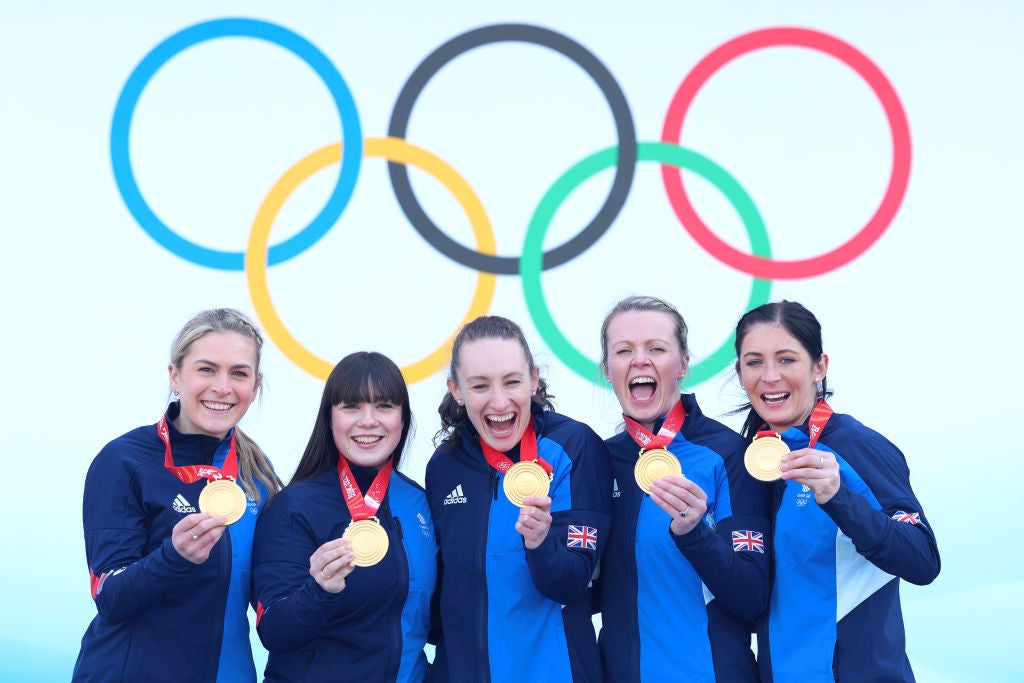 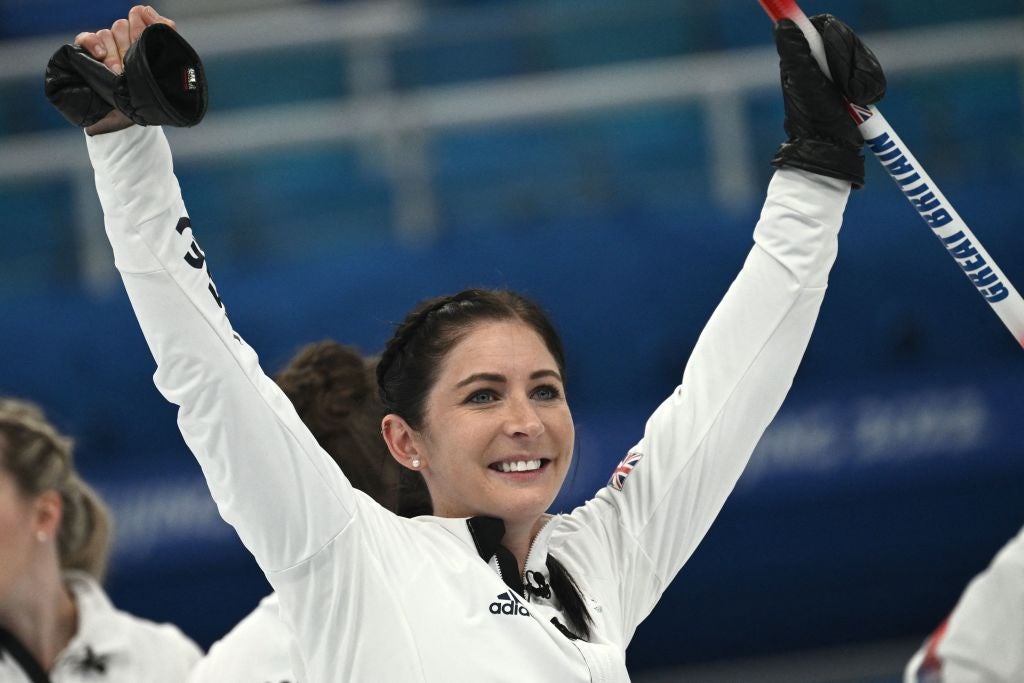 “That gold medal looked very good on them! I think all the girls suit in completely.

“Now it’s down to the hard work that me and the boys put in so we can get our own one in four years’ time.

“The guys and I have got the same drive to get back in 2026 and fight hard for that gold medal. We’re going to give it our all in the next four years.”

The quartet comprised of Mouat, Grant Hardie, Bobby Lammie and Hammy McMillan have stayed together, virtually inseparable since they first clubbed up in 2018.

Muirhead, on the other hand, has contended with team changes throughout his Olympic cycle since she missed out on bronze at PyeongChang 2018.

Long-standing lead Lauren Gray, who had been by Muirhead’s side since 2016, left the team in 2021 after coaches employed a squad try-out system for nine players.

Mouat believes bringing together a new team within eight months and leading them to the Olympic title is one of Muirhead’s crowning glories.

“This time around, I think it must have been harder for her. Speaking as a skip myself, you have to understand each player individually and what they need to hear to be the best they can be on that ice.

“You need to create that atmosphere and it does start with the skip, I believe.

“The demeanour that you have to have as that leader – she’s got it in spade loads. She’s a complete leader and one of the best skips that curling’s ever seen.

“To be able to galvanise that team, with the squad system in the last six to eight months, it’s so impressive and she deserves everything she’s getting right now.”

Mouat’s fairytale Olympic debut was capped by the privilege of being named Team GB’s flagbearer for the Closing Ceremony.

The Edinburgh star, a rare first-time Olympian given the honour, will become the third curler to lead the delegation after Rhona Howie and Muirhead – who did so in the Opening Ceremony at the Bird’s Nest. 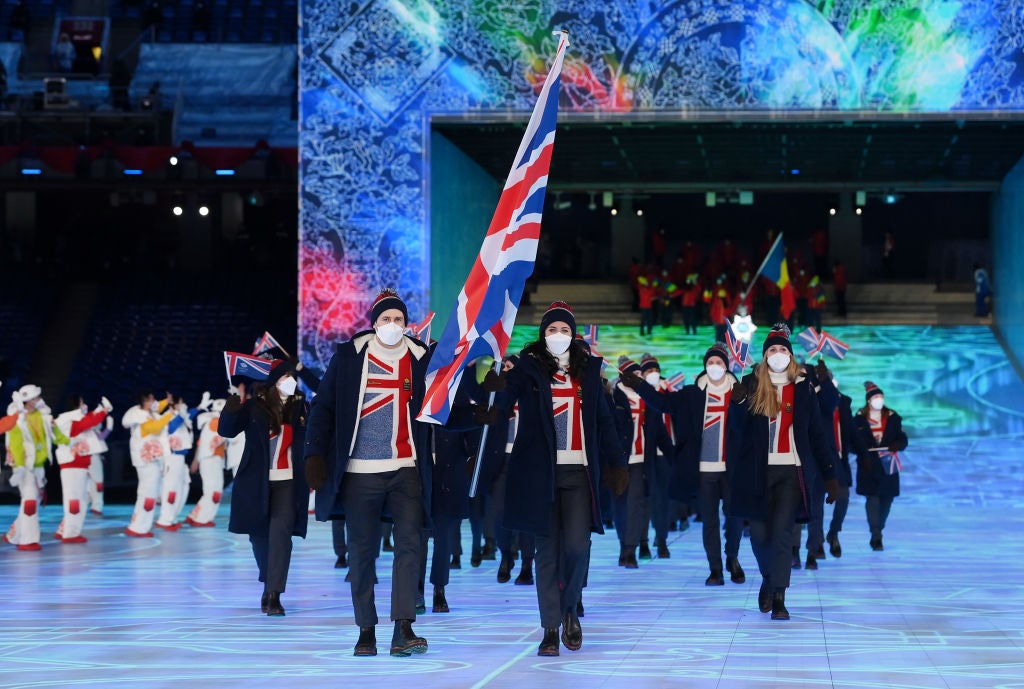 “I did not expect anything like this coming into the Games. I thought I would be curling away in the background for 18 days or whatever I had planned!

“When I got told, with the entire emotion of the gold medal game day, it just completely overwhelmed me.

“I’m in awe of the other athletes that we’ve had here.

“It’s been awesome to watch them compete and show their hearts out there on the snow, or in the air doing crazy flips, or on the speed skating going around in circles I don’t know how many times!

“It’s crazy to imagine what they have to go through. I obviously know from a curling point of view but it’s so impressive that we have so much talents in Britain. 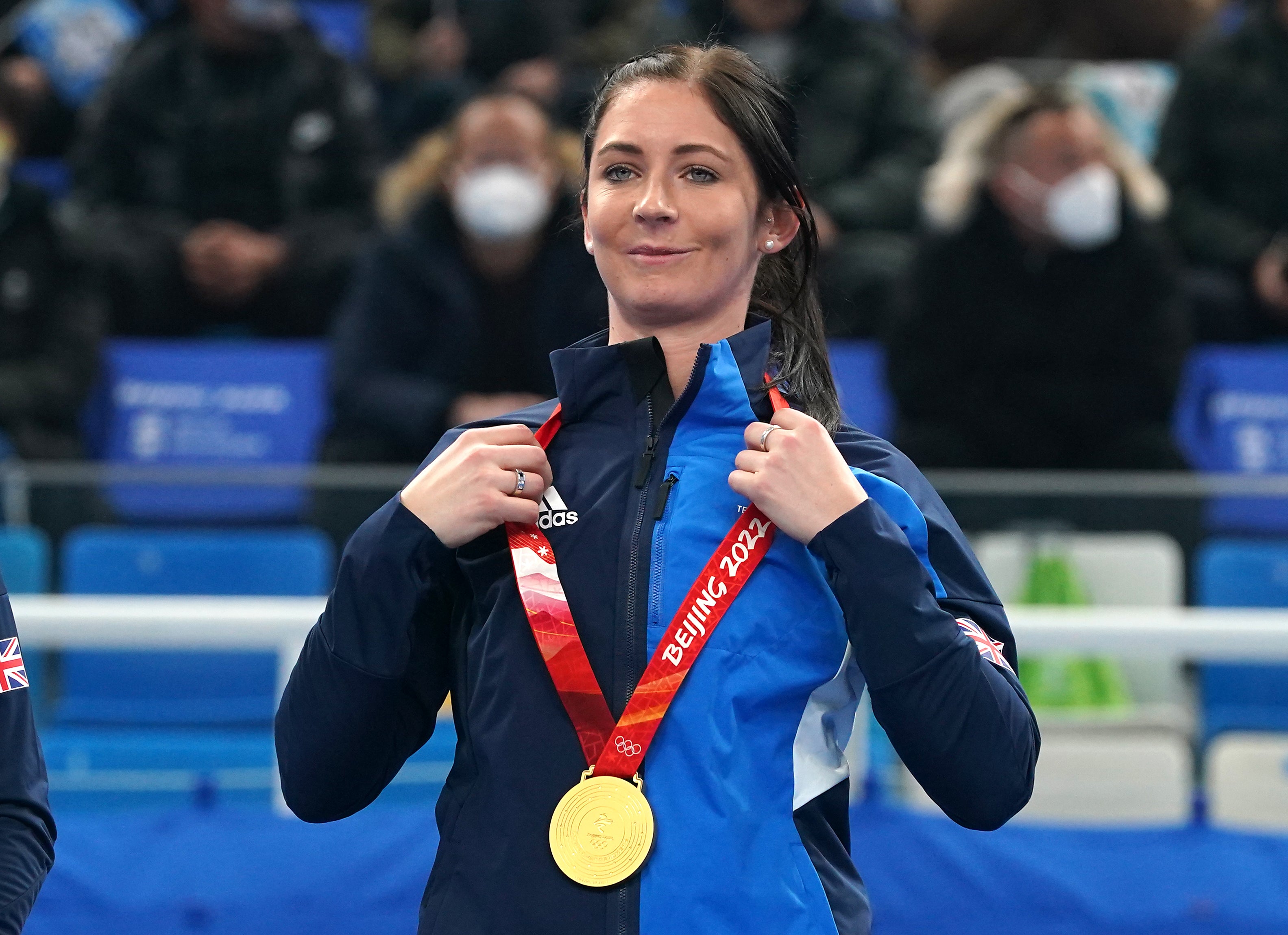 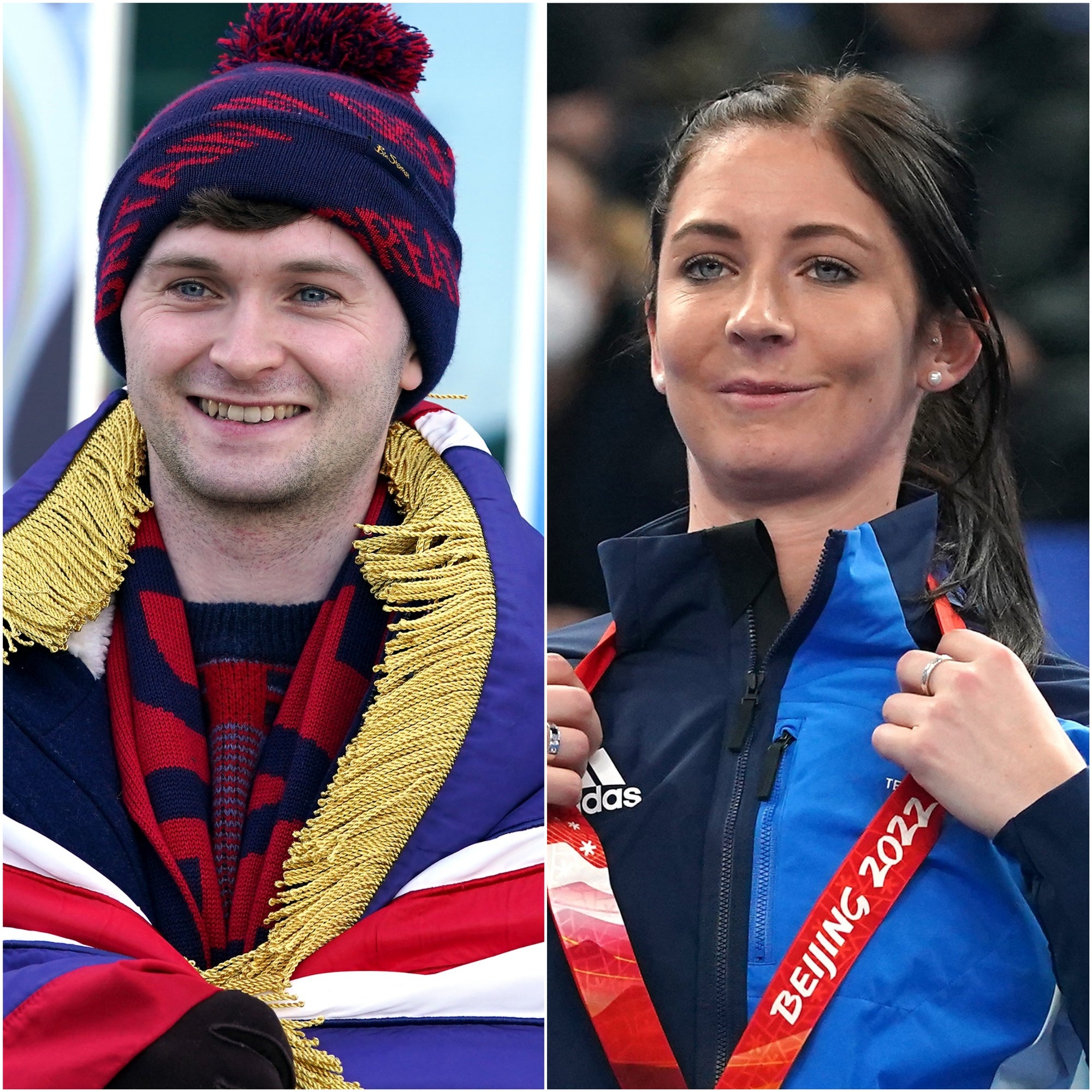 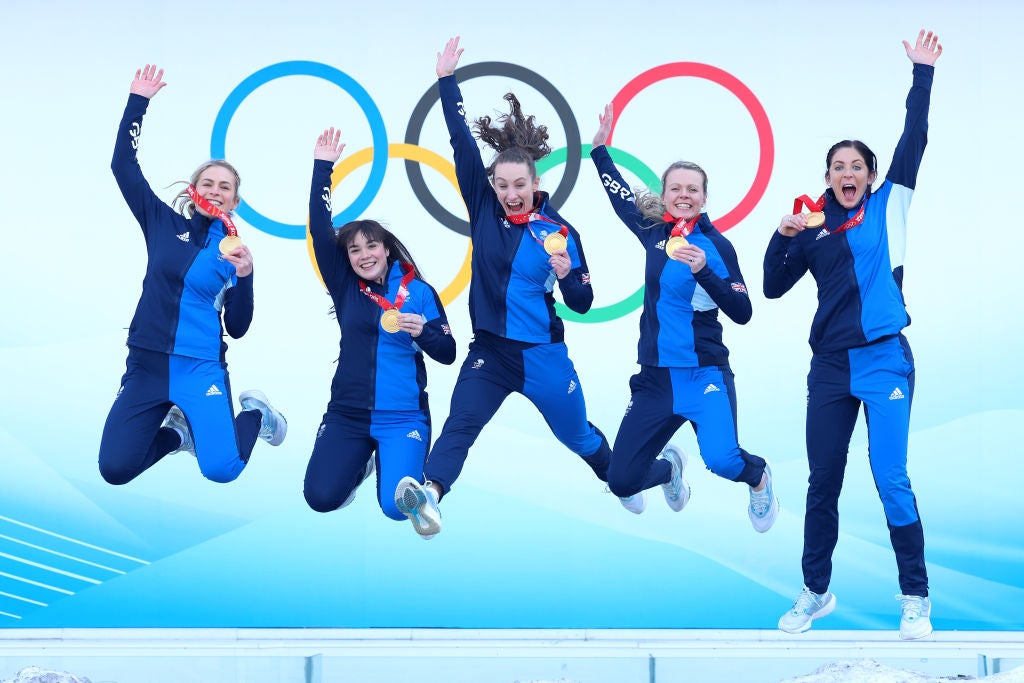 “It was the biggest moment of my life to carry that flag. I thought the medal yesterday was going to be the highlight of the Games, but it was carrying the flag.”