Princess Elizabeth left the UK for 1952 tour of Kenya the ‘happiest woman in the world’ and returned a ‘thunderstruck’ Queen days later after learning King George VI had died, son of royal flight attendant reveals

The Queen was ‘thunderstruck’ on her flight back to London after learning her father King George VI had died while she was in Kenya, the son of a royal flight attendant has revealed.

The then Princess Elizabeth was ‘the happiest woman in the world’ when she and Prince Philip boarded the British Overseas Airways Corporation flight for Nairobi on January 31, 1952, air steward Ken Clarke recalled.

But just a week later, on February 7, she landed back in London the new Queen. King George VI died in Sandringham on February 6.

The recollections were shared by Mr Clarke, who was one of four stewards on board the royal aircraft, before his death in 2003. He worked on royal flights for 25 years, looking after the Queen and the Duke of Edinburgh in the air. 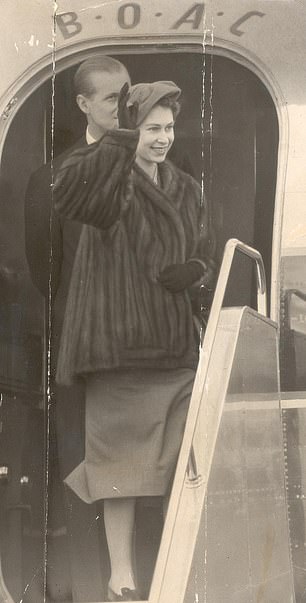 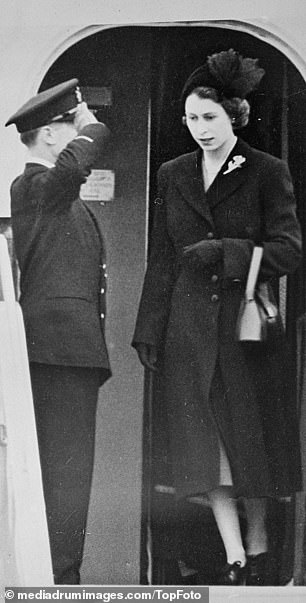 The Queen was ‘thunderstruck’ on her flight back to London after learning her father King George VI had died while she was in Kenya, the son of a royal flight attendant has revealed. Pictured, the then Princess Elizabeth leaving for Nairobi on January 31 (left) and returning a Queen on February 7 (right) 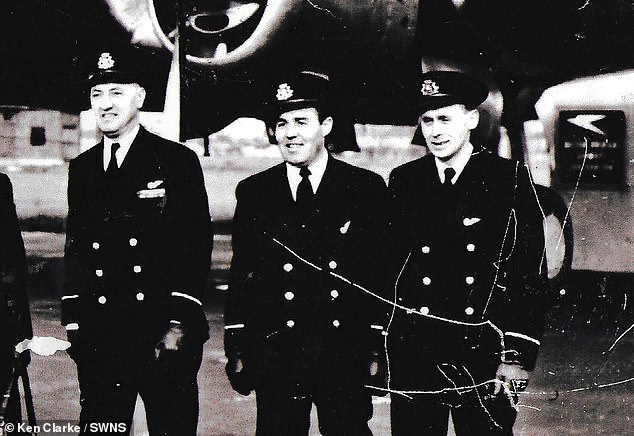 The recollections were shared by Ken Clarke (centre, ahead of the Kenya flight), who was one of four stewards on board the royal aircraft, before his death in 2003. He worked on royal flights for 25 years, looking after the Queen and the Duke of Edinburgh in the air

His 83-year-old son, also called Ken, has shared his father’s memories for the first time.

‘It was certainly a very different flight back from Kenya than it had been flying out there,’ Ken Jr said.

‘My father recalled the Queen flying out as the happiest woman in the world – and then just looking thunderstruck on the way back.

‘He said she seemed under an enormous amount of pressure coming home and all the crew treated her with respect and dignity, with the pilot even shaking her hand.

‘My father said Queen enjoyed the occasional G&T during her travels and on that flight out to Kenya she had at least one. Although she certainly didn’t drink on the flight back. 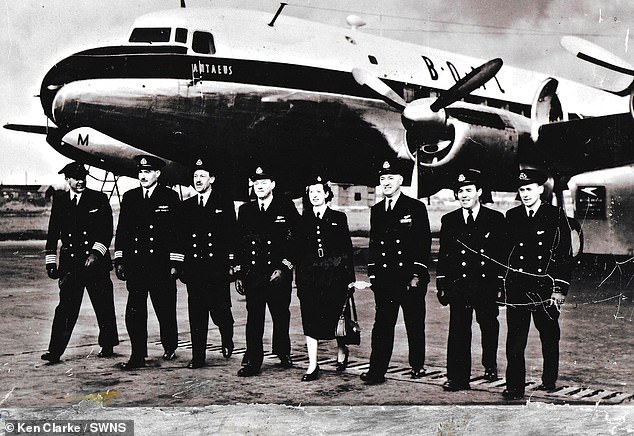 ‘He revered her from that day. I think a lot of it was to do with how discreetly she had to handle her grief after her father died, I think he was very impressed with that.’

Princess Elizabeth and the Duke of Edinburgh flew out the BOAC Argonaut ‘Atalanta’ on February 1, 1952 at the start of the Royal Tour of Kenya.

On February 6 word reached Elizabeth of her father’s death, and her immediate accession to the throne. She flew back the following day.

Mr Clarke and his colleagues were responsible for ensuring the royal was looked after.

His duties included serving her tea, preparing and serving her food and even making sure her favourite tipple of gin and tonic was ready for her. 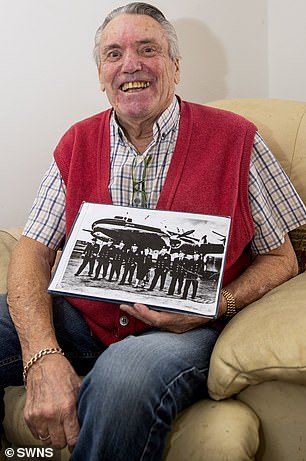 Mr Clarke’s son, also called Ken, treasures the photograph of his father and his colleagues in front of the plane to Kenya

He served the Queen on every royal flight for the next 25 years, and working his way up to Senior Service Cabin Director.

Ken Jnr said his father ‘never forgot’ his first time flying with the Queen and that he described it as ‘an honour’.

Ken Jr recalled: ‘My father got the shock of his life when he was selected to be a steward on that flight to Kenya.

‘He never expected it to be him. He had worked as a steward for BOAC, now British Airways, since the Second World War ended.

‘But when he heard there was going to be a royal flight out to Kenya, he and his colleagues were trying to guess who would be picked to go on it.

‘It was a total shock that it was him. I asked him a few times how he got picked for that flight, but he said he had no idea.

‘He said it was an honour for him to be there. It was my dad and three other stewards who were basically responsible for making sure the Queen was well looked after during her flight.

‘They would have been cooking and serving her food in the poky little food preparation space on the plane, and if her glass or cup was empty they had to refill it before she needed to ask.

‘The stewards all had the same duties but I think my father was probably more knowledgeable out of the four of them, as he had served as a steward on cruise ships before the war.

‘They also had to sit up while the Queen slept on her couchette, which was like a fold-down bunk, in case she woke up at 3am and wanted a glass of water. There was no down time for them.

‘He was always very proud to say that he had travelled out there with a princess, and travelled back with a Queen.

‘And I think she’s done remarkably well. She has been very resilient, especially with everything she has been through with her family.’

Ken has kept hold of his father’s black-and-white photo as a prized possession ever since Ken Clarke Snr. passed away almost 20 years ago.

Ken said: ‘I don’t think anyone will have ever seen this photo before – except possibly the other stewards who are in it, I’m not sure if they got copies.

‘I think it would be lovely if the Queen got to see it. A lot of these faces she won’t have seen since that trip to Kenya.

‘He worked his way up from a lowly steward, to Senior Service Cabin Director, which meant he was responsible for planning her food during the flight.

‘She usually had at least two meals on a flight and he said that she and Philip liked a G&T after their meal, so he made sure that was ready for them, too.

‘He said she was always very nice and polite to her. Apparently Philip could be a bit of a pain in the a**e – and there was one or two occasions where the Queen had a sharp word with him and said, ‘Don’t speak to Mr Clarke like that.

‘My mother and father were always invited to the Queen’s garden parties at Buckingham Palace and she even gave him a nice leather wallet when he retired in 1977.’