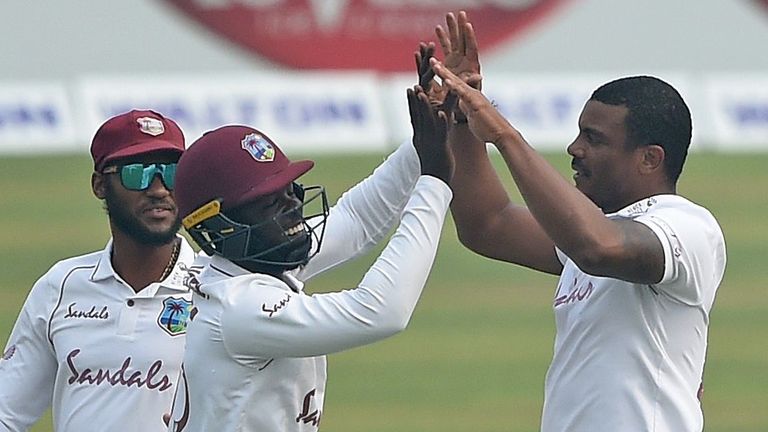 Shannon Gabriel’s double-strike with the new ball helped West Indies take the upper hand in the second Test against Bangladesh.

The Windies fast bowler struck in each of his first two overs to reduce Bangladesh to 11-2 in Dhaka after Nkrumah Bonner (90), Joshua Da Silva (92) and Alzarri Joseph (82) had lifted the tourists to 409 all out in their first innings.

Wickets for Joseph and Rakheem Cornwall meant the hosts were four down at stumps and while Mushfiqur Rahim (27no) and Mohammad Mithun (6no) took them to three figures, they will begin day three still 304 runs short of West Indies’ total on 105-4.

West Indies started the day on 223-5 with Bonner and Da Silva at the crease and the pair stretched their partnership to 88 in the morning session before the former, playing just his second Test, fell 10 short of a maiden century as he flicked the ball to leg slip to give Mehidy Hasan his 99th Test wicket.

Joseph joined Da Silva in the middle and the pair put on another 118 for the seventh wicket, Joseph taking the lead with an enterprising knock that included eight fours and five sixes.

Just like Bonner though, the duo came up just short in their bid for a first Test hundred, Taijul Islam (4-108) getting Da Silva in the over before Joseph was caught behind off Abu Jayed (4-98). 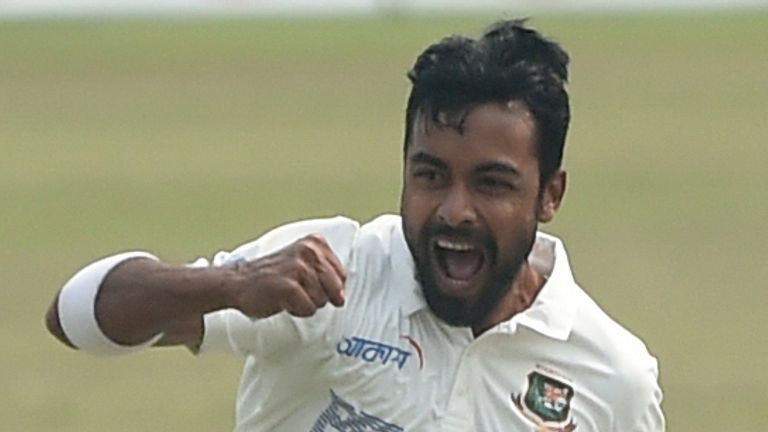 After the tail scraped together enough runs to see the Windies past 400, Gabriel came charging in and had Soumya Sarkar caught at short midwicket with the last ball of the first over of the Bangladesh innings.

Gabriel added the wicket of Najmul Hossain Shanto in his next over, the left-hander edging to gully, before Tamim Iqbal and Mominul Haque countered with a partnership of 58 in quick time.

However, that positive approach ultimately proved Mominul’s downfall as he edged Cornwall behind on the drive for 21 and when Tamim (44) fell into the trap at short midwicket in the next over, the pressure was back on.

Mushfiqur and Mithun, in particular, ground it out for Bangladesh before the close, though, and can look to reel in that West Indies total when play resumes on Saturday.