The American hardman, 35, sent out a terrifying message to comedians Michael Che and Colin Jost ahead of Saturday Night Live. 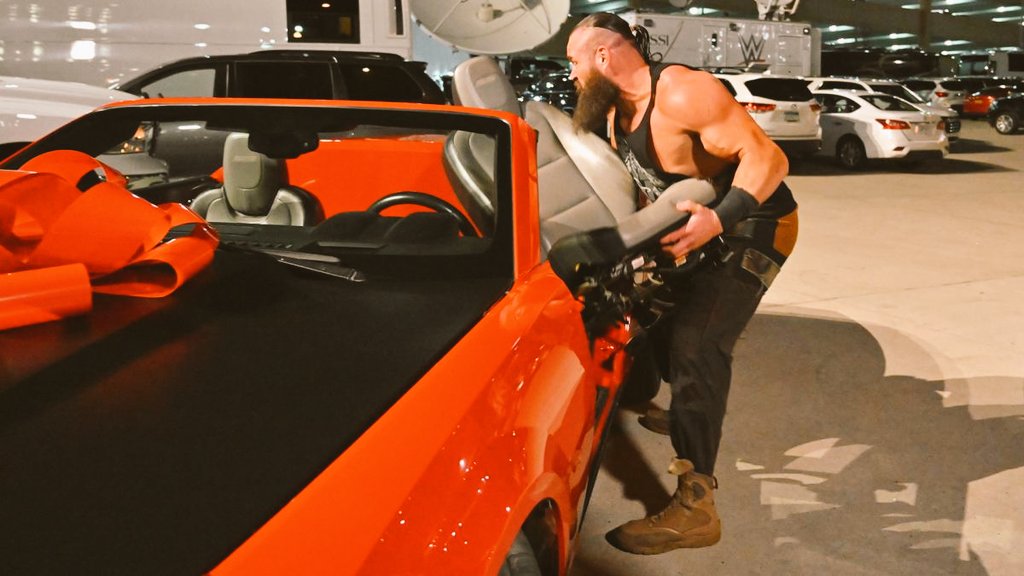 Jost and Che have been announced as special guest correspondents for WrestleMania 35 next month.

They decided to send Braun a brand new car as a gift, but he ripped it to pieces after he realised he could not fit in it.

As he effortlessly trashed the convertible red motor, he screamed: "Sent me a present to try and win me over, huh? This is what I think of your present, the stupid car.

"You've given me something I can't even fit in, it's too small. 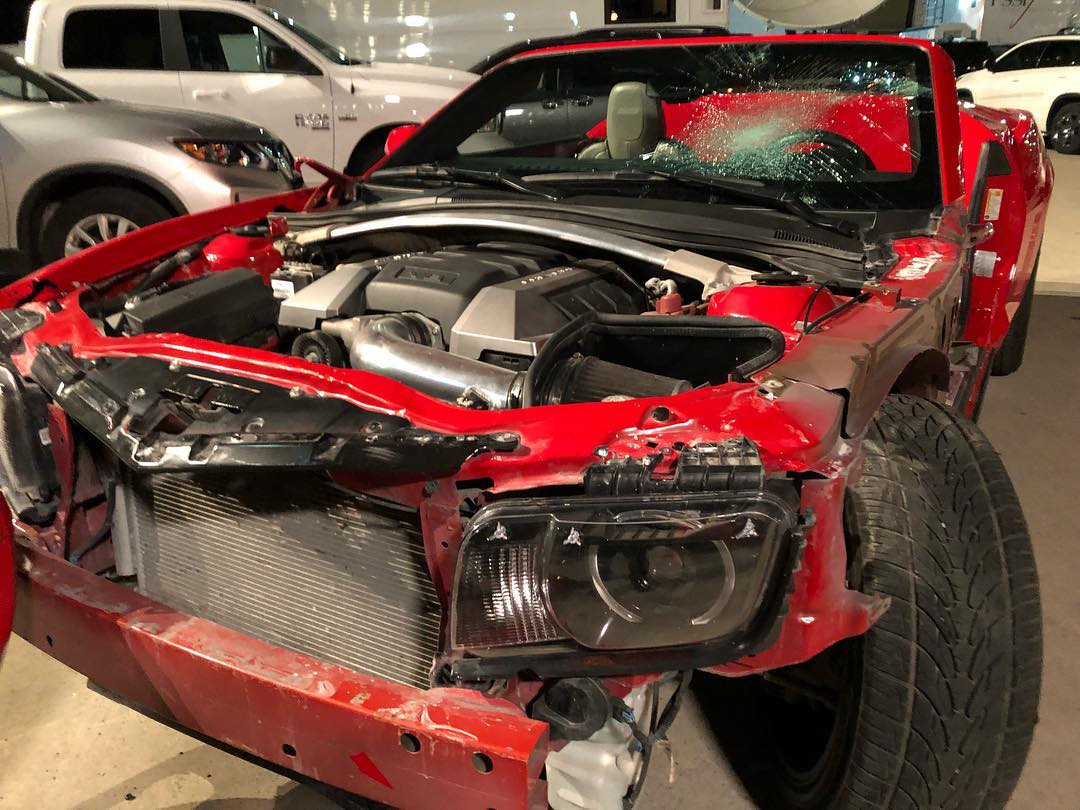 Before he effortlessly tore the bonnet off its hinges, he yelled: "Whats under the hood of this thing?"

He then brutally smashed the front bumper to bits with one swift kick.

Braun called over an assistant and handed him a large chunk of the car's damaged bodywork.

As he handed it over, he furiously yelled: "Come here. Give this to Michael [Che] and Colin [Jost] and you tell them that next time I see them it's going to live from New York and they're going to get these hands."

He followed his warning up by writing on Twitter: "Don't try and butter up to me. You made your bed it's time for you to lay in it!! #GetTheseHands #IDon'tLikeGifts #LiveFromSaturdayNight." 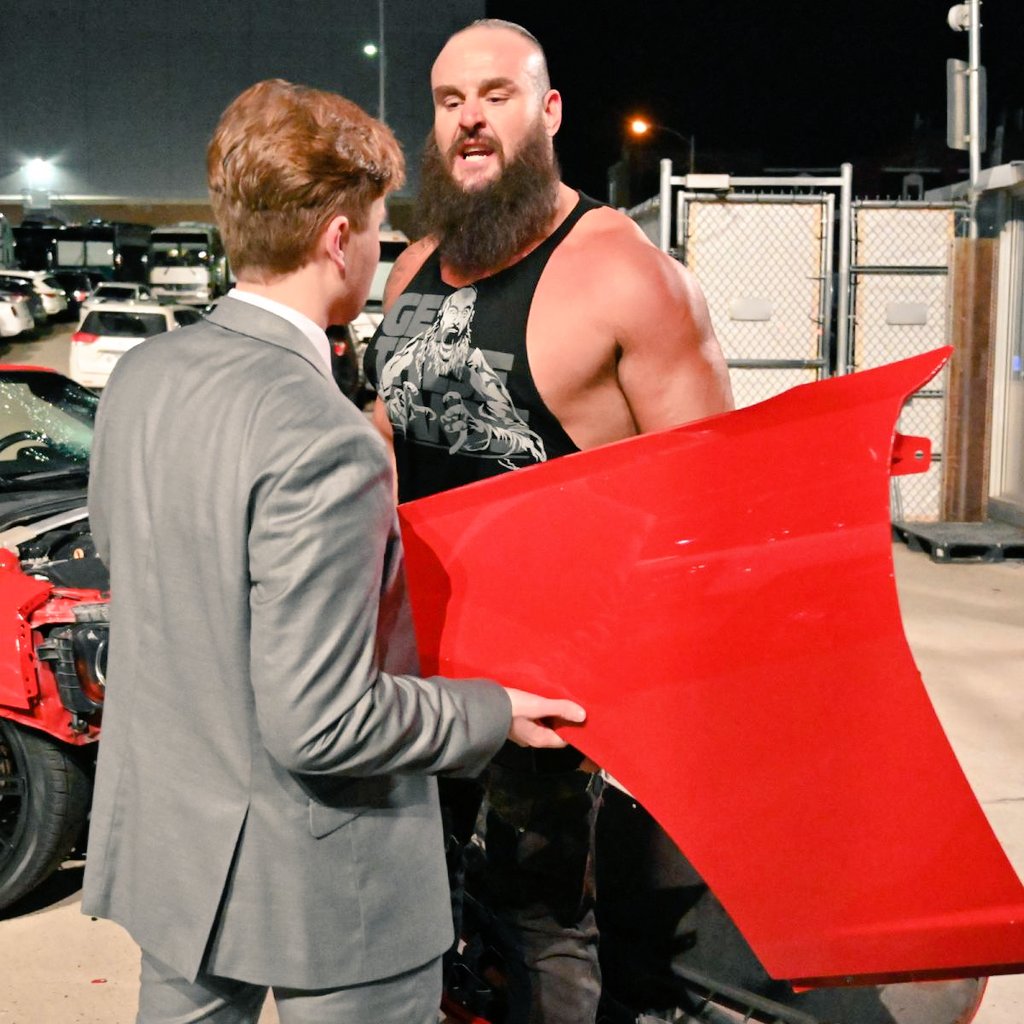