SERGIO AGUERO showed he has lost none of his magic as he joined Argentina for training ahead of the World Cup final.

Holders France will face the South Americans in the final on Sunday after Lionel Messi and Co. booked their place by beating Croatia 3-0. 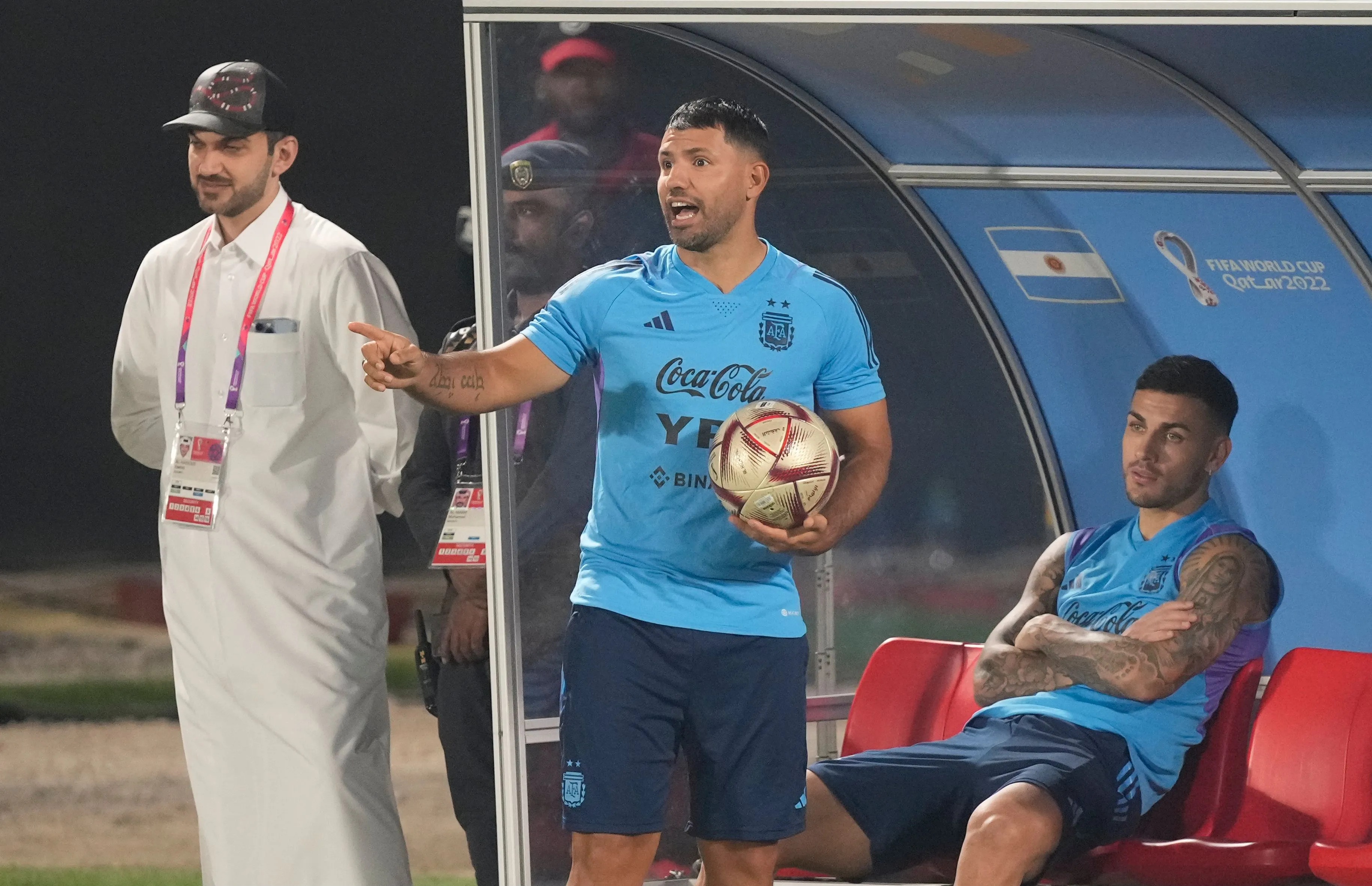 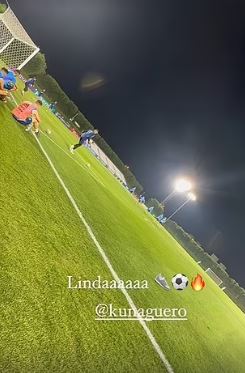 The 34-year-old Aguero, who was forced to retire due to a heart scare last year, has been a constant with his support for his compatriots throughout the tournament.

The Manchester City legend even became embroiled in a row between Canel Alvarez and Messi.

Now the former hotshot has been pulling on his boots again as he joined in Argentina’s preparations out on the turf yesterday.

And the star rolled back the years to produce a thumping strike during training.

Video footage has emerged from the session firstly showing Aguero kitted out like the rest of his pals while sat on the sidelines watching Lionel Scaloni’s squad at work.

Then a clip appeared later on Nicolas Otamendi's Instagram story of the ex-forward performing stretches out on the pitch in Doha.

Another video was then added on social media of him by his old Man City team-mate.

And it showed him unleashing a vicious strike straight past the keeper into the net during the session.

Aguero, who was at Barcelona when he got the grim advice to hang up his boots, is now hoping his display will have inspired Argentina’s squad to lift the World Cup trophy for the first time since 1986.

Messi, who is joint-top scorer at the tournament alongside France’s Kylian Mbappe, is the man many expect to be the difference.

However, strike partner Julian Alvarez, is now making waves at the Etihad himself, has proven himself on the world stage with four goals himself so far.