DAYS after Drake's warning from the NBA, the rapper was back to his old tricks after a small bust-up with Golden State Warrior's Draymond Green.

The Canadian is a huge fan of the Toronto Raptors and boasts a court side season ticket. 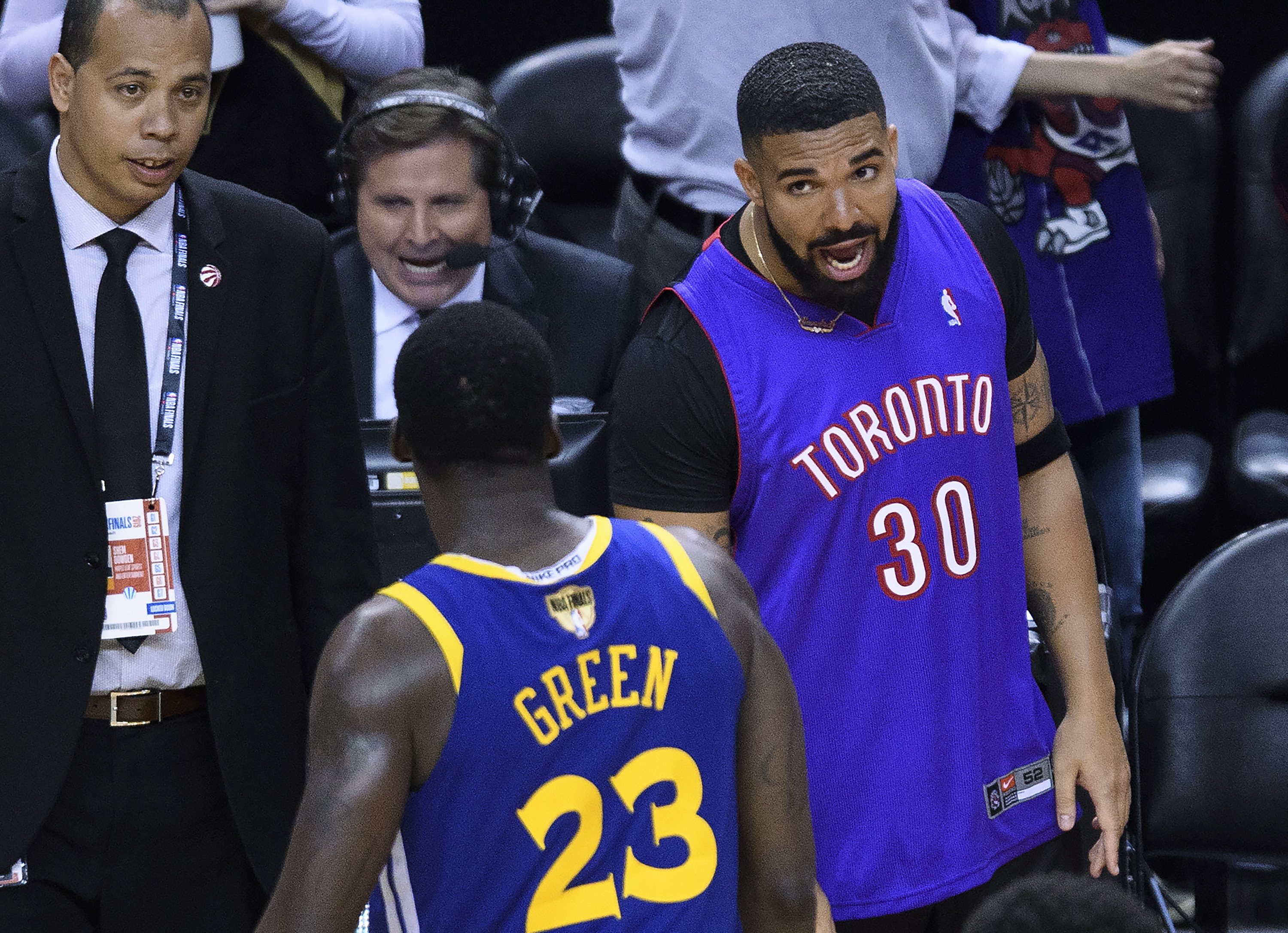 But the NBA was forced to step in because he continued to overstep the mark on the sidelines.

His touchline antics included barking instructions at his own team, massaging the coach and more importantly goading the opposition.

And it appeared that the verbal warning had little effect during the Raptors' final with the Warriors.

After the Raptors won the opening game 118-109, Drake couldn't resist a few words as Green headed back to the dressing room.

The pair exchanged a verbal war which obviously wasn't pleasantries judging by the reaction of Green's team-mates.

most read in sport

Superstar Steph Curry was even forced to encourage Green to walk away albeit wearing a big grin on his face.

Drake and Curry then went face-to-face with neither man keen to back down.

In a recent final against the Milwaukee Bucks, Drake was filmed laughing and shouting at one of the players after he missed a free throw.

In another game he leapt off his seat and yet again shouted instructions at his own players. 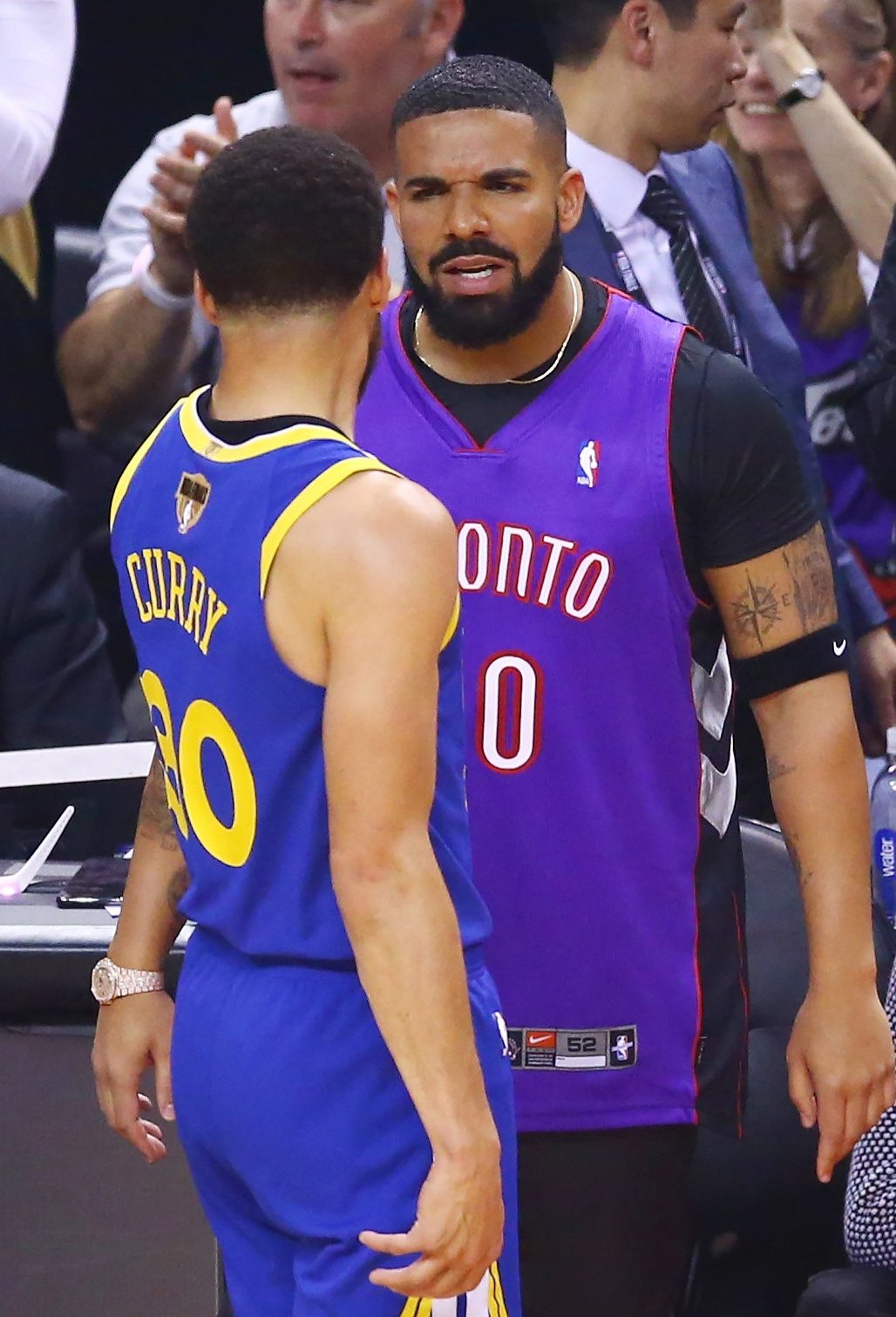 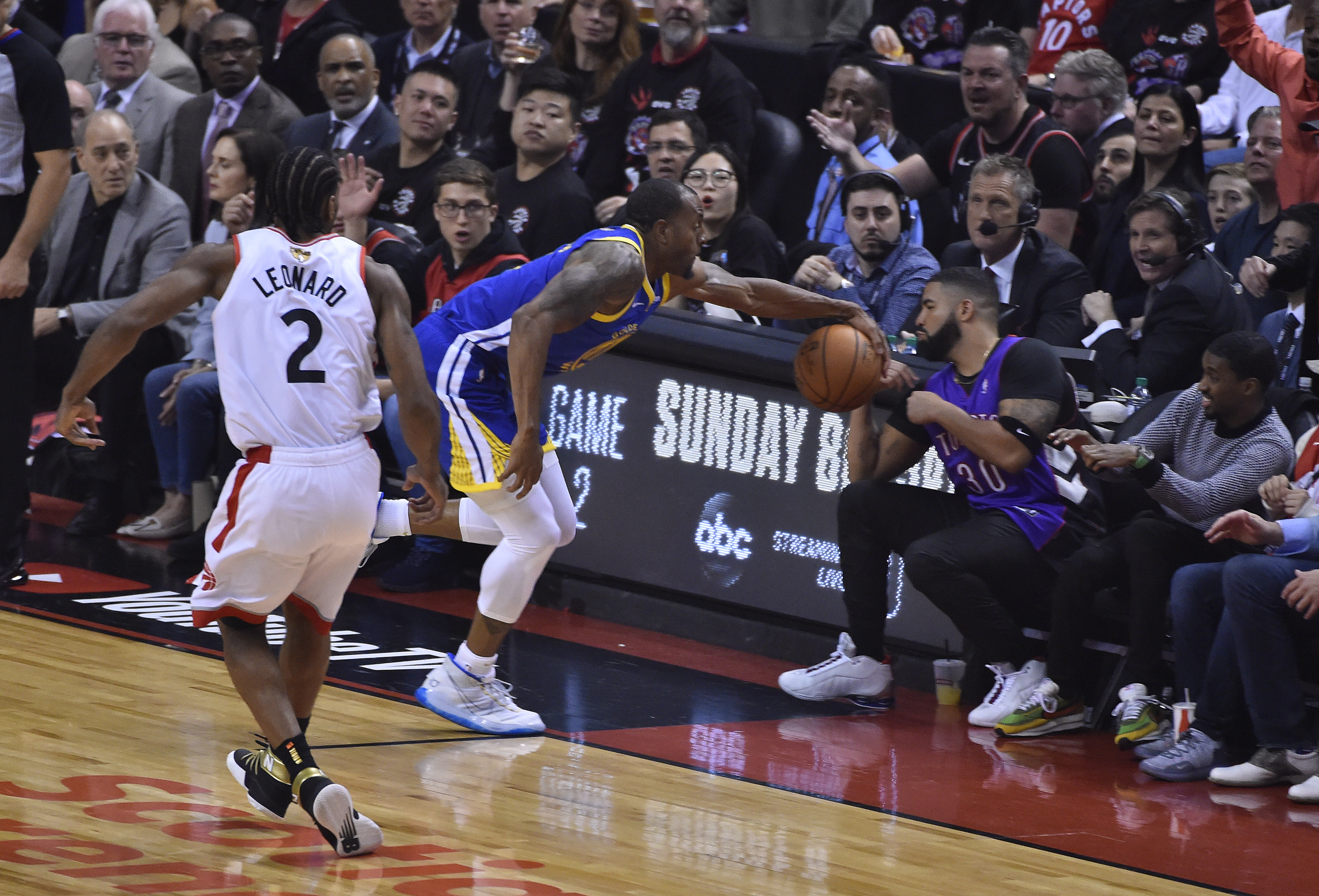