BRYSON DeCHAMBEAU kept his promise to unleash his awesome power at Whistling Straits… with an incredible 417-yard drive.

In the Ryder Cup build-up the muscle-bound American boasted about hitting his ball to within 120 yards of the green at The Snake, the winding 603-yard fifth hole.

This time golf's biggest hitter cut so much off the par 5's dog-leg that he had a mere 72 yards to the flag.

It allowed the 28-year-old former US Open champion to flick his second shot up to four feet from the hole, and the roar that greeted his eagle putt could be heard all over Wisconsin.

It was a gut-punch to Europe's Jon Rahm and partner Tyrrell Hatton who faced DeChambeau and Scottie Shceffler in the fourballs.

Rahm had earlier teamed up with Sergio Garcia to register Europe’s only point in the foursomes, while Ian Poulter’s reign of terror Stateside came to a grisly end, with a 5&3 hammering.

Poulter went into this Ryder Cup having won his last eight matches on American soil, a run that included the incredible victory that sparked the Miracle at Medinah in 2012.

Rory McIlory was alongside Poulter on that occasion, as his partner conjured up five birdies in a row to snatch victory from the jaws of defeat and inspire the most celebrated fightback in the event's history.

This was another tale of five in a row but this time Poulter and McIlroy were on the receiving end as the rookie pairing of Patrick Cantlay and Xander Schauffele won the first five holes.

Poulter and McIlroy clawed their way back to three down after their first birdie at the tenth and a rare mistake from the Americans on the next hole.

But Cantlay and Schauffele finished it off in style with a run of four birdies in a row, and it was a shock when US captain Steve Stricker decided not to send them out together again in the afternoon fourballs.

McIlroy said: “The start wasn't great but I don't know if anyone could have beat Xander and Patrick today. They played really good – four birdies in a row to finish it off. Geez!

Poulter added: "It's not nice to find yourself five down through five. Not easy to come back, and they finished the match off in clinical fashion.” 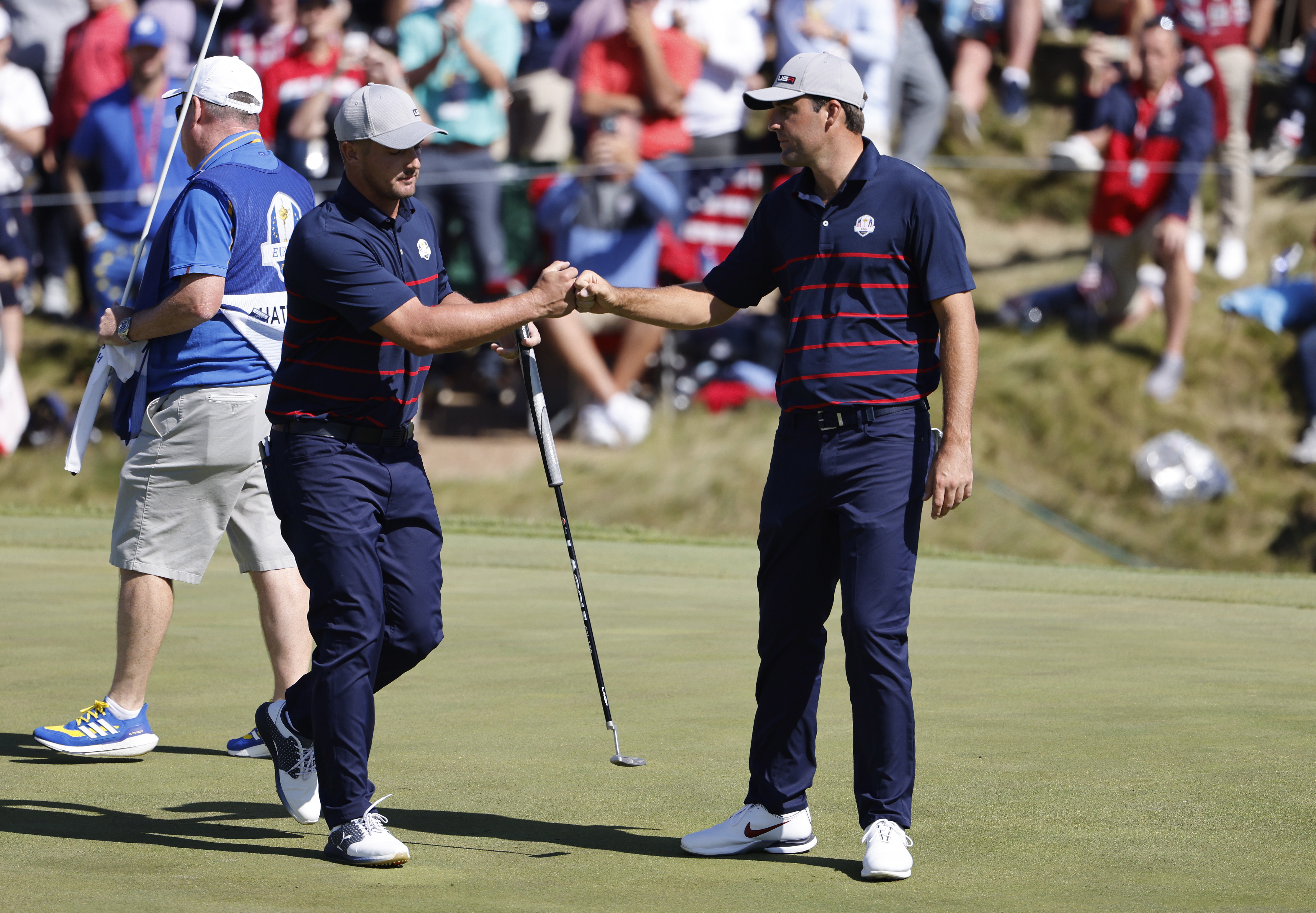