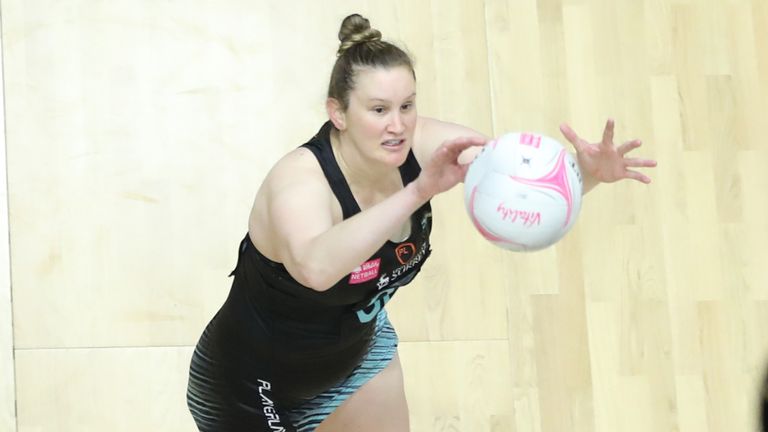 Karyn Bailey, who will retire from professional netball after 16 years on Monday night, speaks to Sky Sports about her career and what’s to come after she hangs up her Surrey Storm dress for the last time.

When the full-time whistle blows at the end of Storm’s contest with Wasps, all eyes will move to one end of the court, as it will have called time on the 16-year professional career of their goal shooter.

For the last time on a professional court, Bailey will turn to her goal keeper and thank her for the contest. Then, after also thanking the other members of Wasps’ squad and her own team-mates, the curtain will close on the 34-year-old’s time as a professional netballer.

Bailey, who thought the 2020 season was going to be her last, is now ready to step off the court and although she’s finishing on her own terms, this weekend will still be an emotional one.

Netball it has been a pleasure…..✌🏻 https://t.co/EmMPwDXzDS

After Bailey shared her news on social media, she instantly received reams of messages and well-wishes from both hemispheres. The fact that she took the time to reply to every one of those messages, shows you exactly the type of person she is.

Netball has always been part of Bailey’s life. As one of seven siblings, and with a mum and dad who both played at home in Australia, her introduction to the sport was a very natural one. So much so, that she can’t actually pinpoint a first pass of a ball or match… in short, netball was always part of her life and always will be.

“I stepped onto a court pretty young and from there, I’ve never stepped back off,” she said to Sky Sports with a smile. 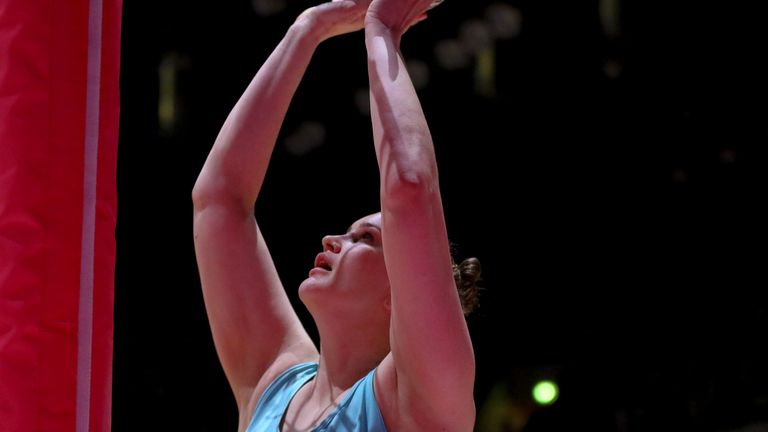 After leaving home at the age of 15, to attend an Institute of Sport that was a five-hour flight away, her development continued and when she was spotted playing for the Northern Territories U17s, a Queensland Firebirds contract came her way.

“I absolutely remember my first season. I was a fresh-faced 18-year-old and my debut game was with the Firebirds,” she said.

“I went on and I marked Liz Ellis! She was the Australian captain at the time and to be honest, I was a bit starstruck and a nervous wreck!

“I do remember that when I did get on court, I didn’t embarrass myself too much! That was my debut game, and it was probably a really good one to start with, because it wasn’t ever going to get any harder. I shot at 100 per cent, it was only five-from-five but still, I’ll take it!

“The game itself is still a bit of a blur; I do remember that we didn’t win though but coming off court, I thought what an incredible moment it was for me.” 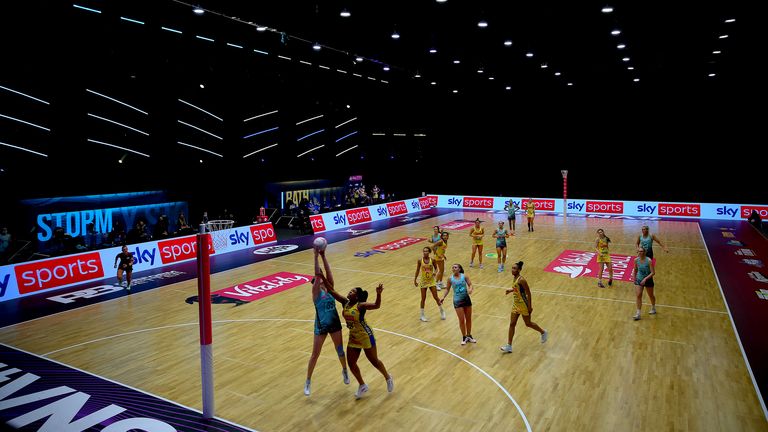 As so many athletes will tell you, there are moments within their careers that remain with them forever, while others, like Bailey’s debut, remain slightly out of focus.

Having continued her career, and then joined Melbourne Vixens in 2012, Bailey does recall her first season there and its conclusion, vividly.

“During my first season with the Vixens, we got all of the way through to the Grand Final and we were up in it by three.

“The ball came down and I missed the shot… obviously, it then went back down to the other end and they scored. Then they scored again off their centre pass, and off an intercept, to go on and win the game.

“I remember feeling so disheartened and feeling so much sadness that we’d lost in the final minutes, but it actually turned out to be one of the greatest learning curves in my career.

“I realised very quickly that Grand Finals don’t come around that easily, it took us another three years to get into one again, and it made me prepared to win the next.

“I went into it with a sense of calm, and having had that terrible experience previously, in my mind there was no way that we were going to lose it. I had a job to do and that was it.

“For me, it made me realise that for every difficult situation that you’re going to encounter in your sporting world, there will be a positive to it too.”

Then another significant moment that Bailey can recall with total clarity, is making the Australian Diamonds squad for the first time.

“It’s always such a huge honour to be able to represent your country and to even be in the running to do that.

“Being selected as one of the reserves to help the Commonwealth Games girls come over in 2014, and for them to go on and win gold, it felt like you were part of that journey with them and enabled them to go on and do great things.

“There have been a lot of great memories, I’ve also had learning experiences, but I wouldn’t change them for the world.”

The experiences that Bailey has gained over the course of her 16-year professional career, including swapping Australia for England and joining Saracens Mavericks prior to Storm, are the things that she wants to share with others moving forwards.

“Netball is always going to be part of my life; it has created so many opportunities for me and opened so many doors,” she said.

“I’ve had so many amazing coaches over the course of my career, who have taught me so much, that it would almost be a waste and shame if I just stepped away and said that I’d done my job within the sport.

“I had them, and now I believe that it’s my turn to help the next generation.”

For all you’ve dedicated to the sport as a whole, and to our colours over the last two seasons – Thank you. Congratulations on a lengthy and successful career and I wish you nothing but success in your exciting next chapter – Stay classy KB 👑 #ThankYouKaryn https://t.co/qmtFc6w5u4

Prior to sharing those experiences, Bailey has the matter of one final double-header weekend with Surrey Storm to prepare for and play in.

COVID-19 travel restrictions have meant that many of her family members won’t be able to witness her final game in person, but her partner will be at the Copper Box Arena to support her.

“It’s exciting to have the next chapter and adventure ahead of me. There are so many talented girls who are sitting on the bench at the moment, I want them to get on court and enjoy their time.

“Netball will always be part of my life and I’ll probably miss it hugely and join a social club. I’ve had a few people ask already actually… I might just have a little break for a couple of months first though!”

Sky Sports is your home of netball. The Vitality Netball Superleague continues on Sunday, with three matches back-to-back streamed on the Sky Sports YouTube channel from 12pm.