THE UFC returns to pay-per-view action this weekend with a tasty card from Houston, Texas.

Topping the bill at the Toyota Center is an interim heavyweight title fight between Houston's own Derrick Lewis and surging contender Cyril Gane. 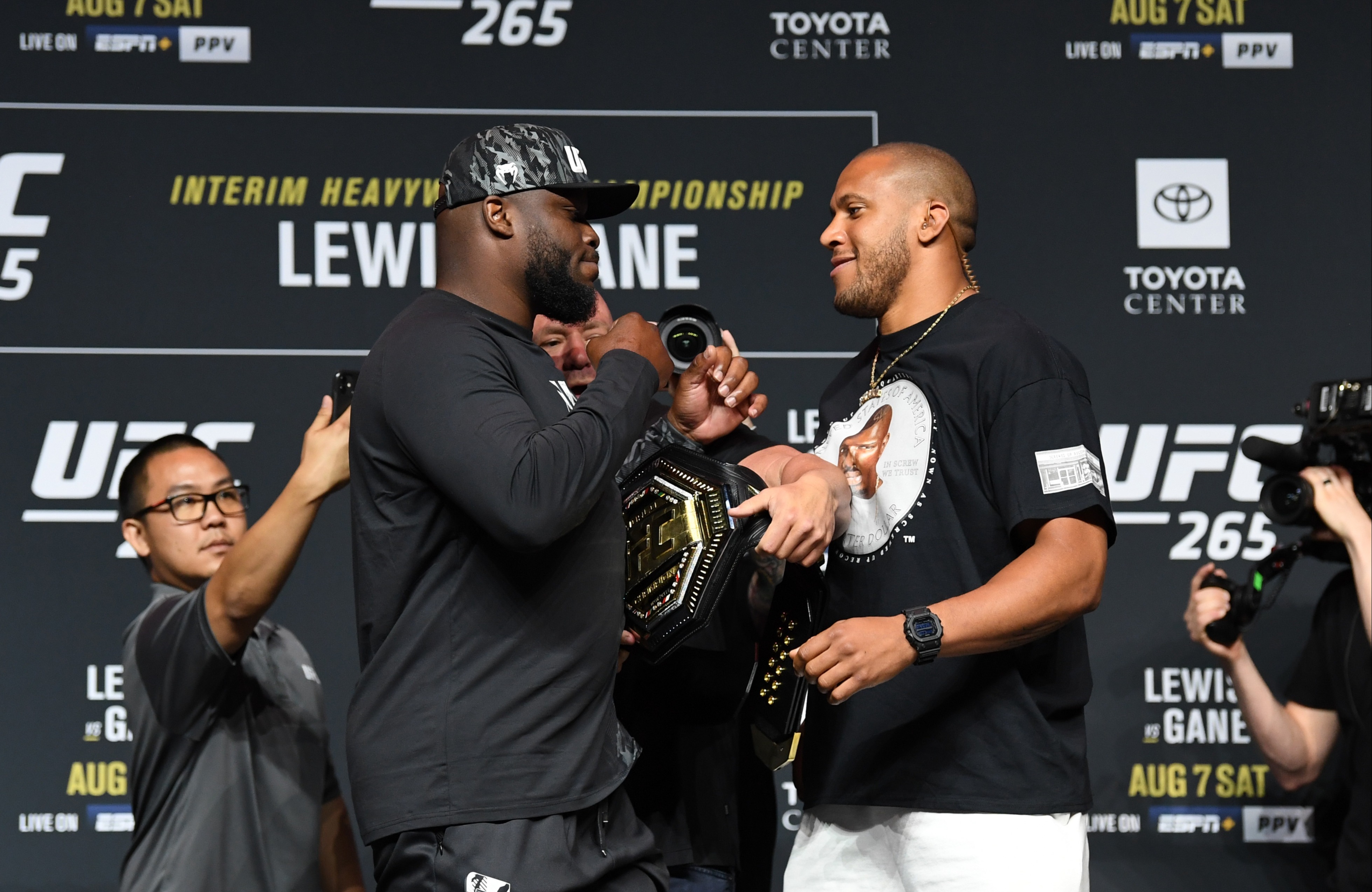 The victor of the 265lb slugfest will earn themselves a unification fight against newly-crowned champ Francis Ngannou.

A tasty men's bantamweight clash will serve as the appetiser for Lewis vs Gane.

The UFC's ninth pay-per-view event of the year will take place in front of a packed crowd at the Toyata Center.

And our man is anticipating one major upset to take place in H-Town this weekend.

Check out Chisanga Malata's tips for the blockbuster card below:

Lewis versus Gane is the epitome of the brawler versus technical striker match-up, with fan favourite Lewis being the former and Gane the latter.

It is, however, worth noting that Lewis' striking has improved immensely over the years and is a far cry from the skillset he showcased in his early days in the UFC.

One would assume possessing a more crisp and technical striking arsenal would guarantee Gane victory over the heavy-handed Lewis.

But tell that to Alexander Volkov, who was on the receiving end of one of the most devastating KO's of the last decade in their UFC 229 showdown in October 2018.

Lewis will, however, have a difficult time closing the distance and landing his devastating right hand against the slick Muay Thai practitioner that is Gane.

In his brief stint in the UFC, Gane has shown an excellent ability to keep his opponents at his desire range with his kicks.

I foresee the Frenchman staying on the outside for large portions of the fight and picking apart Lewis, with kicks to the body and punishing him with knees if he rushes in.

I don't know when it'll come, but after seeing him starch Volkov and Blayes – the former of whom was stopped with seconds remaining of the fight – I refuse to rule out his chances of ending the contest at point in time.

But I just have a funny feeling that Lewis – who is on a four-fight win streak – will upset the applecart once again and pull off another sensational stoppage.

The eagerly-anticipated battle of Brazilians is a clear front runner for the Fight of the Night award.

The pair's pressure-based styles promise to provide fireworks from the outset, something the UFC matchmakers no doubt anticipated when booking this fight.

Aldo's seek-and-destroy style was on display for all to see in his unanimous decision victory over Marlon Vera last December, in which he finally started to re-incorporate the vicious leg kicks that struck fear into the hearts of featherweights.

Although I'm expecting an all-out war, I don't foresee it playing out inside the pocket early doors.

Both men will look to get a read on the another and utilise kicks to gauge distance, although Munhoz will look to deploy the devastating calf kicks he crippled Jimmie Rivera's lead leg with.

The Young Punisher, however, won't want to play that game with Aldo for too long as he'll soon feel the immense pain Urijah Faber felt in his right thing in his 2010 clash with Aldo.

That reluctance, I believe, will prompt him to close the distance and engage Aldo in boxing range, a distance the former pound-for-pound king has flourished in as of late.

*terms and conditions: New customers only. Place your FIRST bet on any sportsbook market and if it loses we will refund your stake in CASH. Max refund for this offer is £20. Only deposits made using Cards or Apple Pay will qualify for this promotion. T&Cs apply. Paddy's Rewards Club: Get a £10 free bet when you place 5x bets of £10+. T&Cs apply. 18+ Begambleaware.org