Talk about trashing the brand.

Successful, smart, savvy, Australia's women soccer players were feted for their approachability and the positive image they were giving women's sport. 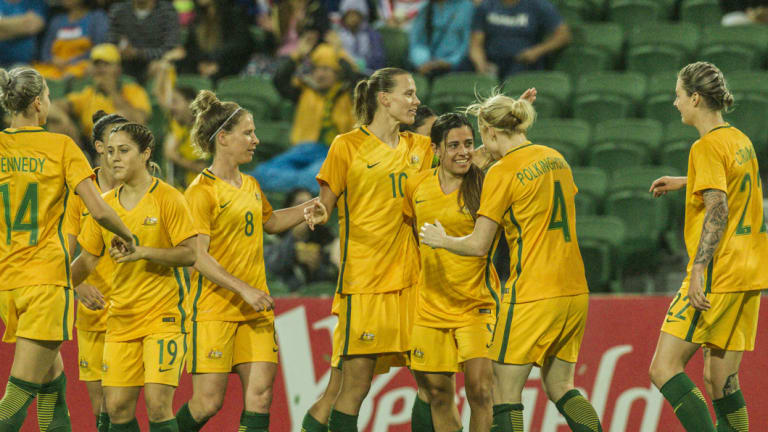 Will controversy hurt the Matildas?Credit:AAP

In Sam Kerr they have one of the best-known and most-bankable female sports people in the country, and they were due to head off to France for the World Cup later this year on a wave of goodwill and high expectations.

A week later and that image is, for the time being anyway, in ruins.

The Matildas have become synonymous with controversy and rancour following the shock dismissal of coach Alen Stajcic, the man who has brought Australian women's soccer more success than any other coach in their history.

Several questions have already been raised about the matter, and there are potential commercial implications that have yet to play out.

Will the revelations affect the perception of the Matildas as a sponsorship and advertising vehicle?

Already there have been reports of the FFA's major sponsor, Hyundai, not being entirely happy with the lurid revelations and bitter political infighting that the Stajcic sacking as spawned as the game has turned in on itself this past week.

The wholesome image of tough, no-nonsense elite athletes striving to do their best for themselves and their country has been rather shaken by the past few days.

Will advertisers – and not just Hyundai – still see them as such a role model for their brands? Westfield has been the major backer of the Matildas and women's football as a whole, something of an in-house deal given the fact that the Lowy family had, for the past 15 years, run Australian soccer.

But with the ousting of Steven Lowy last November and the change in ownership of Westfield will we see the same level of commitment from the multi-national property development and shopping centre group?

And secondly, how will the Asian Football Confederation, whose support the FFA would like to garner for its bid to host the Women's World Cup in 2023, see this messy fallout which does not look like ending any time soon?

Will the PR disaster – and this is the kind of horror show that is likely to be used as a how-not-to-do-it template in media courses for years to come – that has engulfed the Australian women's game give them a reason not to back the Matildas and the Australian bid for the tournament?

Will they now instead row in behind Japan, who have also signalled an interest in bidding too?

Senior sources with the organisation say that the reputational damage is something that they will have to cope with, suggesting that if no action had been taken the screaming headlines might have been worse in a few months.

This is the narrative that was advanced when Stajcic was sacked last weekend, and has continued to be promoted, so their apparent policy of riding out the storm and hoping people get bored of it at least has the virtue of consistency even if almost no-one in the football world is satisfied by it – least of all the players, many of whom have publicly supported their former coach.

FFA is also determined to tough it out as far as the AFC might be concerned. 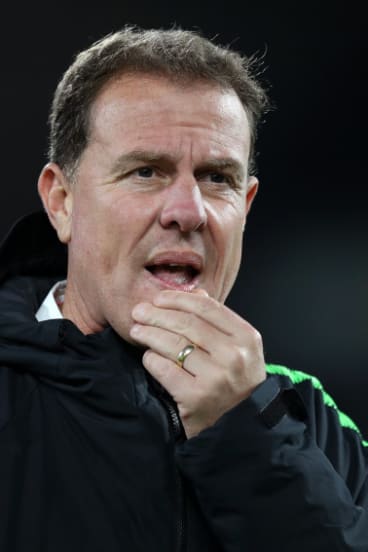 The FFA management, fronted by CEO David Gallop and the organisation's new board, are also taking a bath in the court of public opinion, criticised for the process by which they dumped Stajcic and the lack of reasons they have given for his dismissal.

The FFA's unwillingness to disclose the factors behind their decision is the root of the problem, although insiders consistently say that their hands are tied for legal reasons. It's an excuse which, while perhaps justified, makes it difficult for outsiders to understand why a successful coach's reputation has been traduced. It also allows conspiracy theories to develop in the information vacuum.

Stajcic has maintained a dignified silence as his legacy is tarnished and his reputation damaged as a result. The fact that he is consulting lawyers and may take action is hardly a surprise.

The whole episode poses so many questions.

If the culture Stajcic presided over was as bad as some of those who fired him suggest, how on earth wasn't it picked up earlier?

What was Emma Highwood, the head of women's football, or Luke Casserly, the head of national performance, doing if all these terrible things alleged to have taken place had occurred under their nose and they drew no attention to it.

Ditto Gallop. Several of the FFA's executive management team always travel the world to watch the national team play and often they turn up at training sessions: if the culture was as bad as it is made out to have been, why did this not come up as an issue before?

The suggestion from the FFA is that it wasn't so much that Stajcic had systematically created a ''toxic culture'' himself, but that he had allowed one to develop on his watch: as a result he was ultimately responsible and had to pay with his job.

If that is the case, then aren't Casserly, Highwood and even Gallop ultimately responsible for allowing Stajcic to preside over such a culture on their watch, and shouldn't they then be judged in the same way?

Heather Reid only got on the board last November, but she has taken a high profile in this case, angrily rejecting suggestions that she had orchestrated a media leaks campaign to sully Stajcic's reputation.

It's all been very murky. The decision to call in the advocacy group Our Watch – which campaigns against violence against women and children – to carry out a report also seems unusual.