ANTHONY JOSHUA has moved up to No2 in Ring Magazine's heavyweight rankings – just below champion Tyson Fury.

AJ has leapfrogged Deontay Wilder after emphatically knocking out Kubrat Pulev, 39, to finish a frustrating 2020. 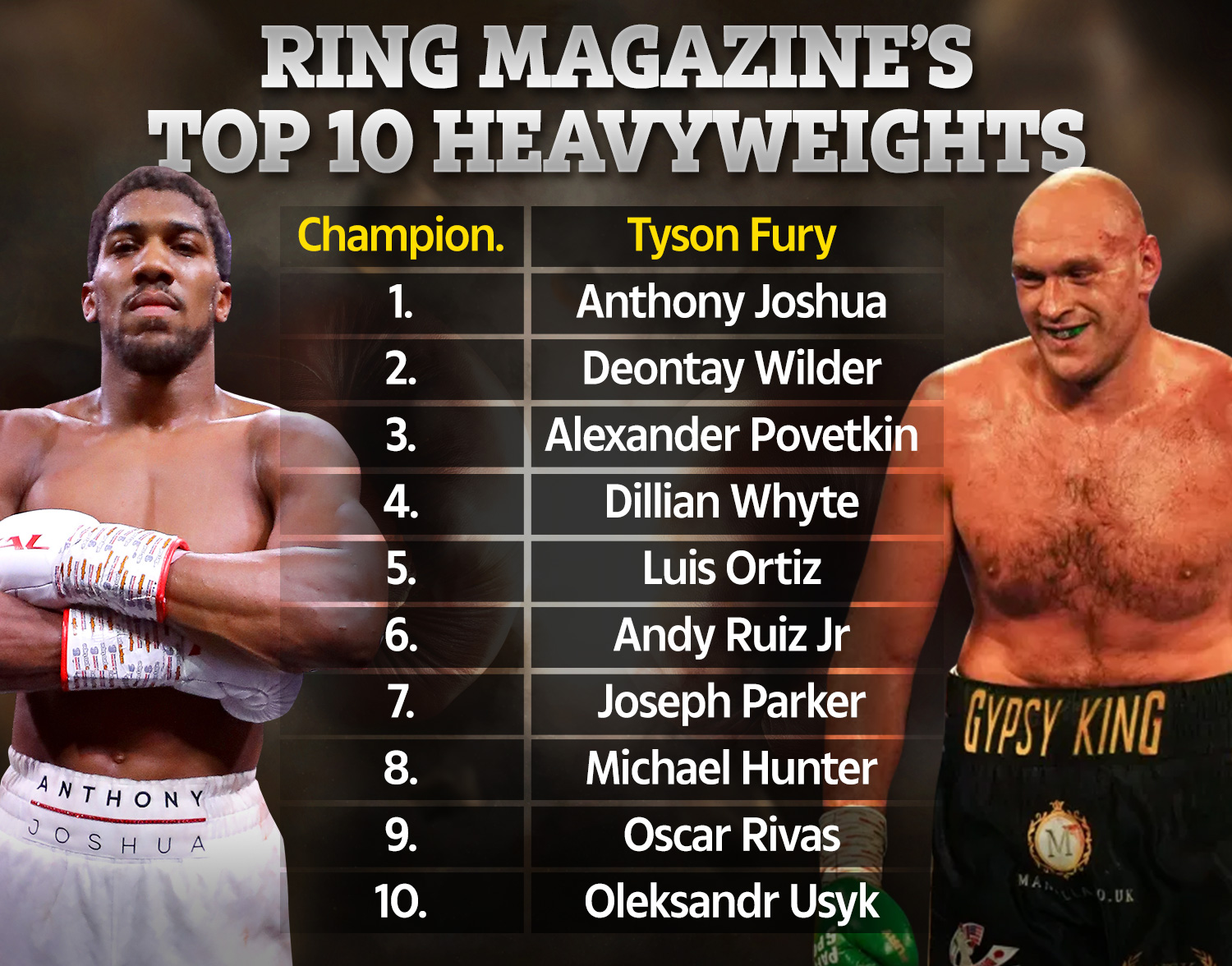 The win sets the WBA, IBF and WBO champion up for a mammoth undisputed decider against long-time rival Fury next year.

The Gypsy King, 32, won his WBC title from American Wilder, 35, with a brutal display in February.

And, as the pair were then ranked No1 and No2 with the Ring Magazine, the vacant belt was also put on the line.

It meant Fury became the first heavyweight to win the title since he vacated it following his upset over Wladimir Klitschko in 2015.

The seventh-round KO was Wilder's first career defeat, and it has seen him fall behind Joshua as the second-ranked contender, and No3 overall.

Alexander Povetkin, 41, slots in at No4 following his stunning knockout of Dillian Whyte, who is one spot lower, in the summer.

The pair were due to rematch in November but Povetkin's battle against coronavirus has pushed the fight back.

Luis Ortiz is the fifth-ranked contender, with Andy Ruiz Jr – who has not fought since defeat to AJ last year – just behind the Cuban.

Former WBO champion Joseph Parker is No7 with Michael Hunter at eight.

Oscar Rivas is just in front of No10 Oleksandr Usyk, who is Joshua's current mandatory challenger.