THOMAS TUCHEL’S journey to a Champions League final is a familiar one but the story behind it is unique.

The reasons why Chelsea’s animated German manager can approach such a momentous test of nerve and character with such easy cool are rooted in his past. 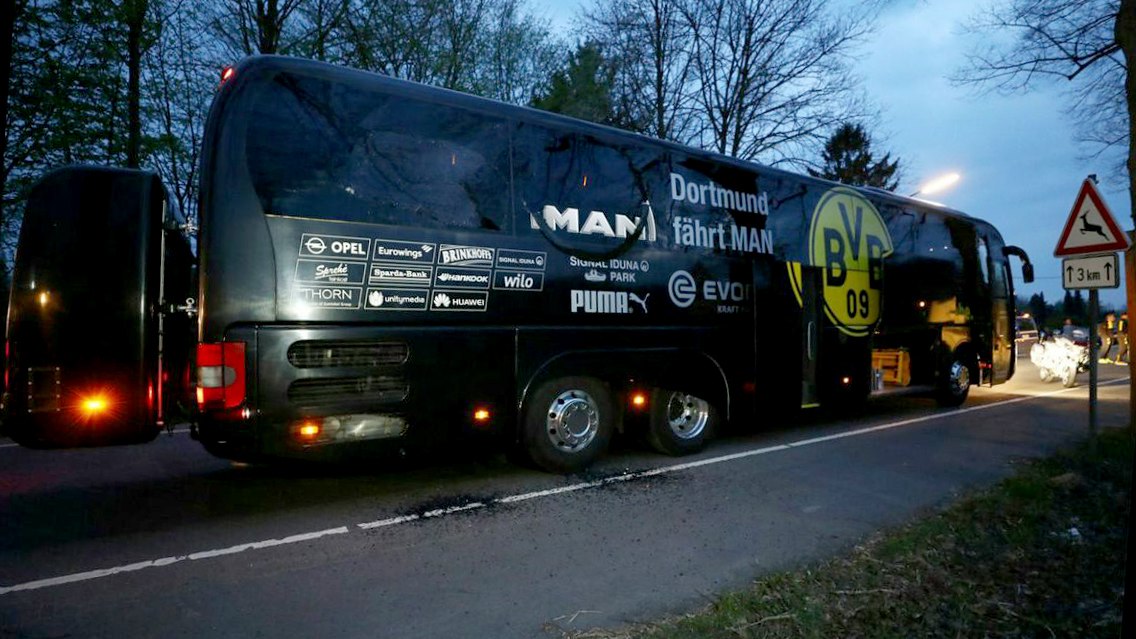 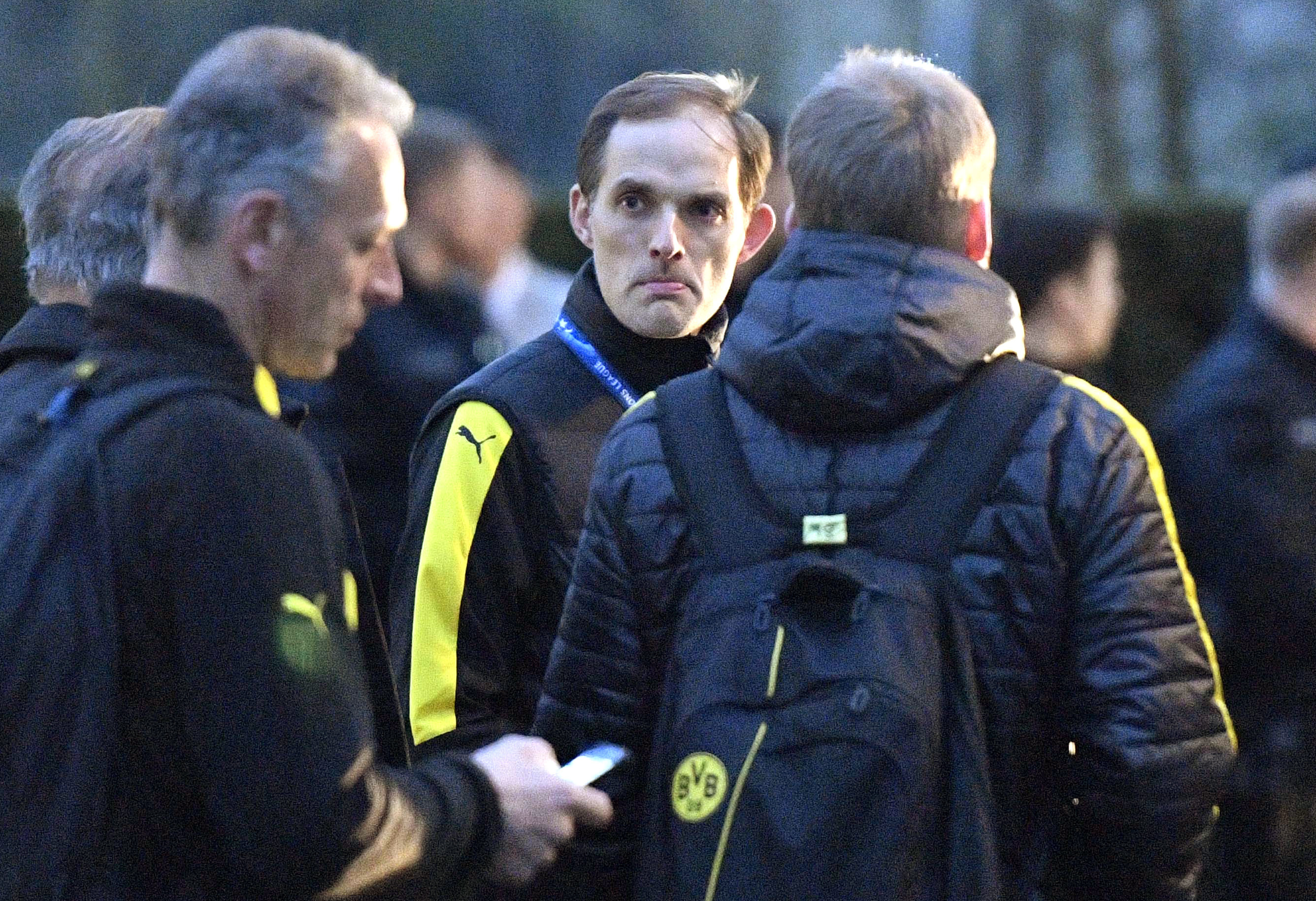 Facing Manchester City and all their wealth as underdogs in the biggest club match in the world holds no fear when you have faced death.

Tuchel walked away when three pipe bombs were hurled at the Borussia Dortmund team bus on its way to a Champions League quarter-final in 2017.

The culprit, Sergej Wenergold, driven by a lunatic lust for money, stood to make millions if the share price of the club fell as a result of his barbaric act.

It didn’t. He was caught and Tuchel insists an event that should leave indelible mental scars barely registers in his thoughts just a few years on.

The fact Chelsea’s quirky and charming head coach only drops the jovial tone of his colourful back story momentarily when describing his ordeal, underpins the character of a man comfortable in his own skin.

It is his biggest asset trying to get a handle on life as a Premier League boss at one of its most volatile clubs.

Tuchel, 47, said: “It did not catch me like it caught others, I have to say. Even today I do not feel the danger that we’ve been in.

“I heard that the nails went over 50 metres and then into other windows of houses and stuff.

“Hopefully, it will not catch me up some day but I don’t think about it when I go on a bus or through a crowd. And I’m not waiting for it. I don’t want it to come.

“But it was absolutely surreal. I was in court later to meet the guy who admitted to doing it. I even felt sorry for him a little bit.

“I could not even feel anger, like ‘Wow, what could you have done?’.

“My wife constantly tells the story that I went home late, of course. I drove home. I texted her that ‘everything is OK, don’t worry’.

“She was in the stadium, then went home and my manager was there.

“They were quite freaked out and I came home a little bit like a robot, not talking too much about it.

“I was in front of the TV watching Barcelona against Juventus because it was a Champions League night. She was thinking, ‘That’s a bit weird’. 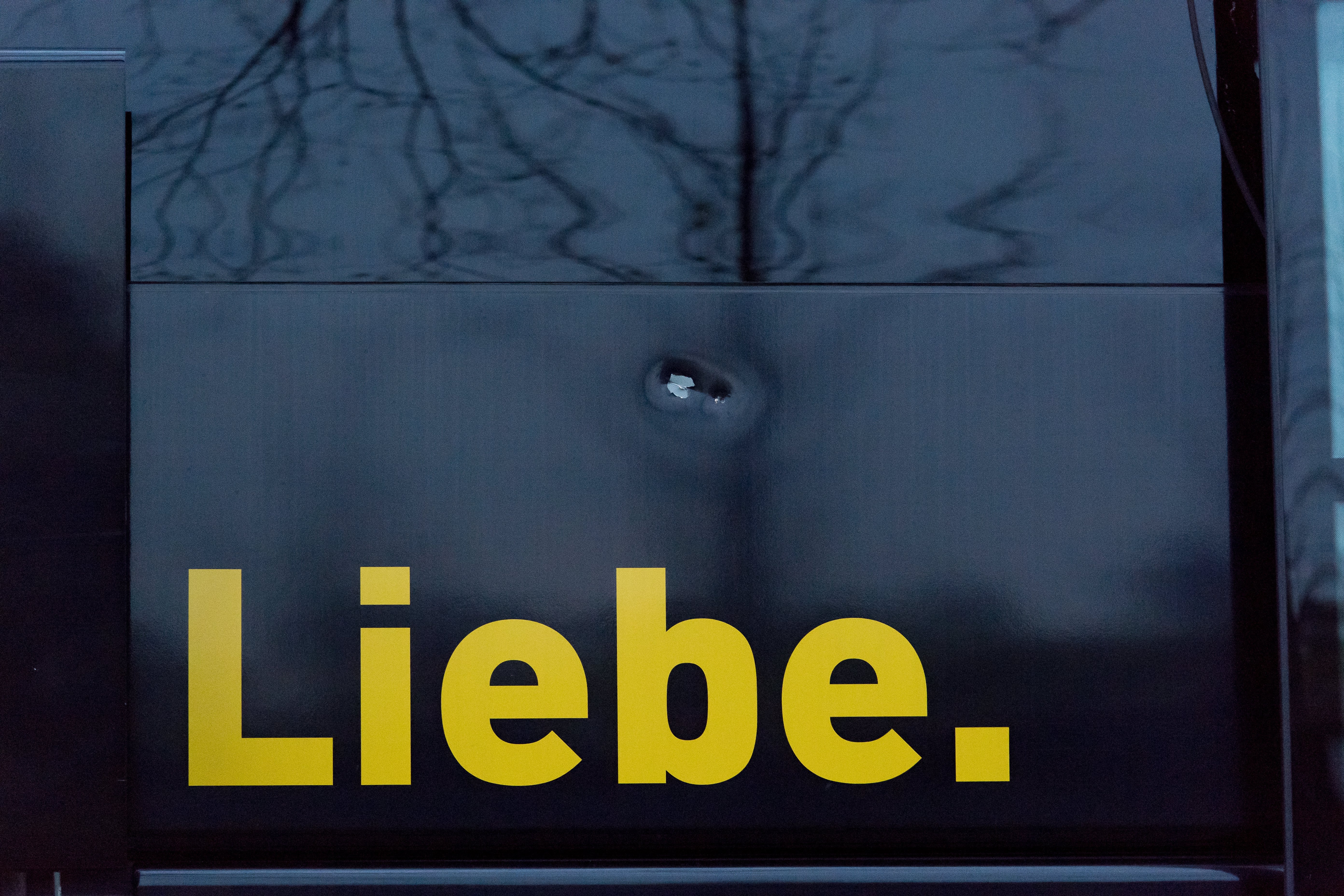 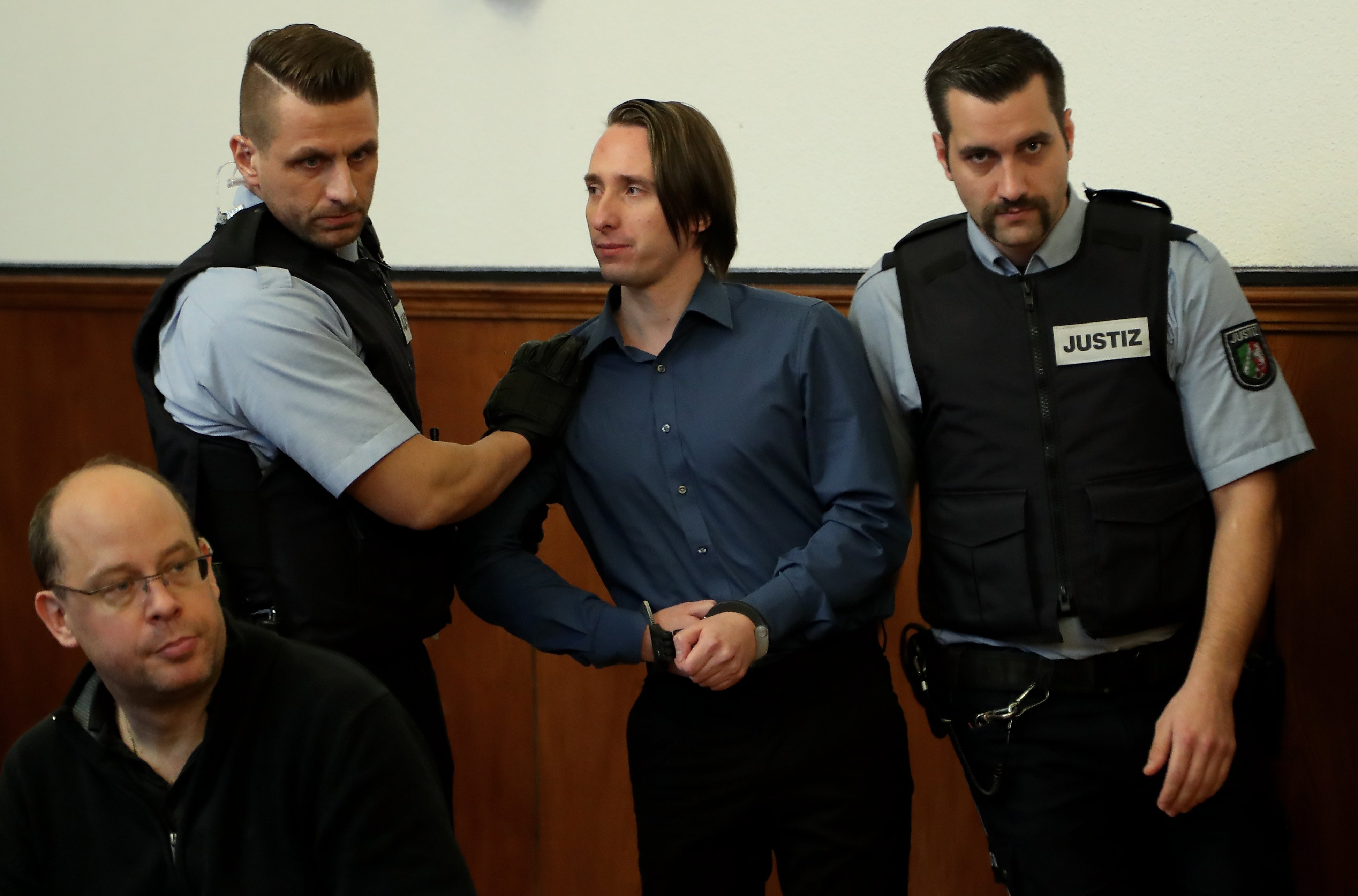 “The biggest impact for me was the next morning when I saw my players and they were waiting for me in my office. That was when I really realised. ‘Wow, this is…'

"Maybe I am hiding it. It’s still there but it did not have the huge impact that you maybe can imagine.”

Just because Tuchel is not worried does not mean he does not care about success.

He was on the losing side in last season’s final — as his Paris Saint- Germain went down 1-0 to Bayern Munich — before accepting the offer to replace Frank Lampard in January.

Standing out from the crowd for his height and modest football talent, an injury forced Tuchel to end his playing career at just 25.

It is this and what followed that shaped the man who will lead out Chelsea in Porto on Saturday night.

Tuchel was a centre-back for SSV Ulm in southern Germany when his knee-cartilage issue struck in 1998.

He said: “I did not have a good insurance policy for my injury, so the money I saved I spent on my rehabilitation because I tried to come back for more than half a year.

“I had to accept it was impossible and started to study economics in Stuttgart as I had no other ideas.

Falling out of this bubble, with nobody taking care of me, taught me a tough lesson.

“While studying, I wanted to earn some extra money and so went to work in a bar like a normal student.

“First of all I was a glass collector. The next step was serving because I was safe enough with the tray. I was the guy to get them from the bar and take them to people’s tables, either for free or double the price, depending on my mood!

“It taught me a lot. Until then I was this kid who was a bit better than the other kids, so you end up going to Augsburg, a bit of a bigger club, and you’re a little bit famous.

“Then you play maybe for the Under-18s of Germany and you have some days off school.

“Then become professional in the second division and I was living in this bubble. I got a lot of attention, a lot of positive feedback, a lot of my self-confidence from all that.

“Falling out of this bubble, with nobody taking care of me, taught me a tough lesson. 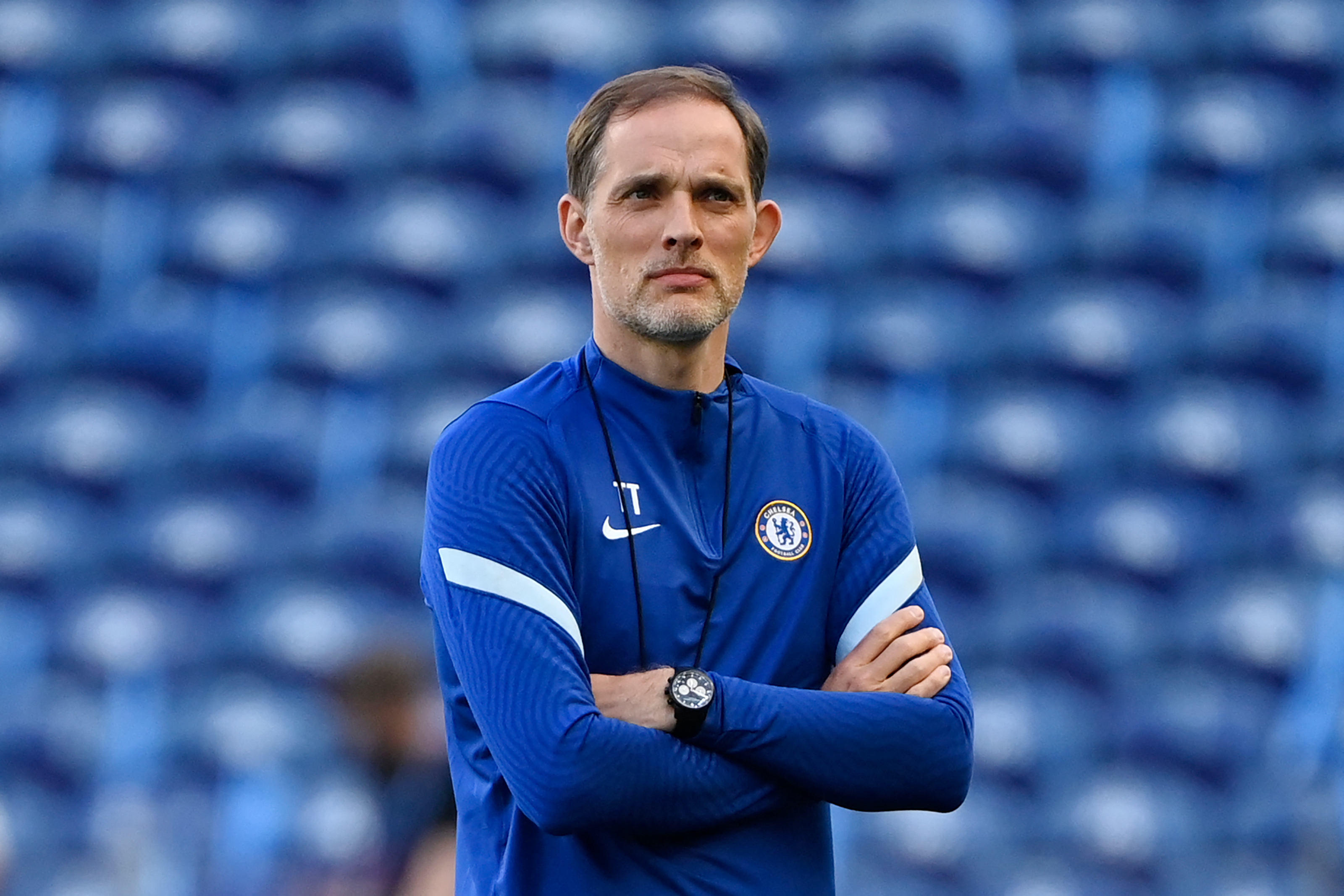 “Overcoming my pride to go into a bar — because now we can talk and laugh about it — but taking the first step to admitting I needed some extra money and to step out there and to go into ten or 12 cafes and bars to ask, ‘Do you need help?’.

“There was some pride to swallow but it was good.”

Those years in Stuttgart’s grungy Radio Bar, where they sell skateboards in the basement, will keep Tuchel grounded.

He barely drinks having worked so closely with alcohol.

Should Chelsea win in Porto, Tuchel will be the tall bloke sipping on a small G&T at the party.

He said: “People say, ‘Yeah I will get drunk,’ because that is easy, two gin and tonics and that’s it.

“We will have fun, we will have a lot of fun, of course. But I love it when other people are happy. It means more to me at Christmas that I have good presents for others.

“I’m not the guy to dance on the table but I will be so super-happy if we win and I see my team, my staff, the families…

“And when I feel what it means to my family and to people around my family — to my grandma and others.

“This is huge for me and, if we go out, we will have fun — I’ll not drink still water all night.”