RIATH AL-SAMARRAI: After six barren days at the Winter Olympics, there is a risk Team GB will get ZERO medals from this expedition into the cold in China – where is the bang for the 28MILLION bucks of lottery funding?

It is all going downhill for Team GB at Beijing 2022. The problem with that, of course, is they just aren’t going terribly fast.

On yet another trying day, in which the skeleton crew looked lifeless on expensive trays and the curlers had mixed results, it begged a pair of pointed questions: are Britain going to get anything out of this expedition into the cold? And where is the bang for 28 million bucks of lottery funding?

Perhaps the risk here, albeit a diminishing one, is going too early with the knife – they have scope for optimism around Bruce Mouat’s curling rink, which beat Italy in their opener on Thursday. 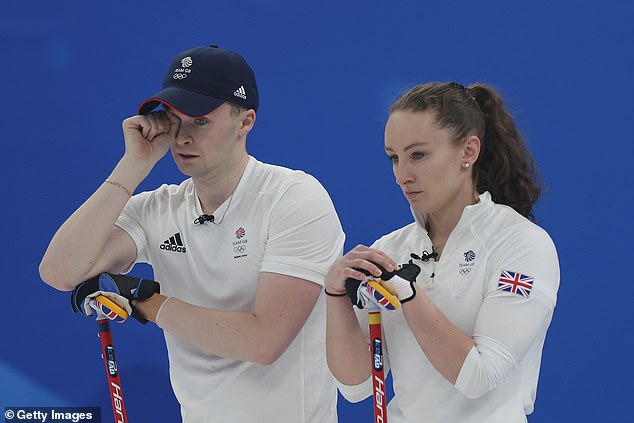 There is also an unfunded bobsleigh squad led by Brad Hall that might land a retaliation and a chance from the excellent skier Dave Ryding. The 17-year-old schoolgirl Kirsty Muir has an outsider’s hope in the freestyle skiing slopestyle, too.

All of which is behind the debatable message from Katherine Grainger, chair of UK Sport, that went: ‘We’re not panicking yet – I think we’ll still see Team GB deliver’. In time that might give rise to a gag about some of this group retraining for Royal Mail.

Currently, after six barren days in China, it is tempting to look back to 1992, when Team GB came back with zero medals from Albertville, France. A repeat remains a frosty possibility as we approach half-time.

This country’s geography and weather means it won’t ever be a winter sports powerhouse, but never in the post-1996 era of huge financial backing has the outlook appeared so bleak.

If trudging back through the past week is desirable for anyone, then the greatest blows were landed on GB’s only two hopes for gold – Jen Dodds and Mouat in the mixed curling and Charlotte Bankes in the snowboard cross.

Each arrived as world champion, but the curlers were an underwhelming fourth and Bankes didn’t get out of her quarter-final.

To think, a squad of Team GB staff went to see Bankes in the mountains of Zhangjiakou on Wednesday and were spotted with a case of champagne. On present form it might well survive unopened to Heathrow.

There were also four speed skaters who did not advance from heats, including Treacy who miscounted his laps in the 1000m and dipped for the finish a lap early. Maybe a dose of farce is good for the wider mood, which was still reported as strong by members of the team.

In the view of Hall, speaking on Thursday ahead of his campaigns in the two-man and four-man bobsleigh teams: ‘There is a great vibe – we are all rooting for each other.’ 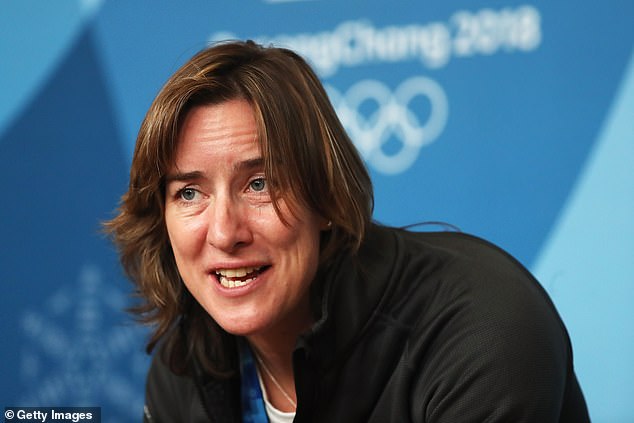 There are of course more important things in life than whether Britain slip and slide well in a Winter Olympics.

And goodness we have wasted vaster sums as a nation in areas of greater necessity lately. But medals are nice and by that metric this has been a major letdown.

Indeed, achieving the lower end of the target of three to seven, set by UK Sport, already appears an enormous exercise in positive thinking, saying nothing of their prospects of matching the record of five achieved in the past two Games.

To that, the team will point out that it was a week before anything was won at Pyeongchang 2018. True.

But they had Lizzy Yarnold back then, and technological advances that allowed three medals in the skeleton, a discipline like figure skating, curling and aspects of freestyle skiing and snowboarding where Britain do not face such overwhelming disadvantages.

Usually a sack of lottery cash and innovations can bridge some of the gaps caused by nature. Not so much here it would seem – skeleton pair Matt Weston and Marcus Wyatt were 12th and 18th respectively through their second runs on Thursday.

Not great from a squad backed with more than £6m for this cycle, second only to the £9m spent on the ski and snowboard unit, who flagged to Sportsmail before the Games that the travel impact of Covid ought to temper expectations.

Around 60 per cent of this wider GB squad of 50 is permanently based in the UK, so it is a valid line of mitigation.

But they are falling on their backsides in Beijing, and literally in the case of the curler Eve Muirhead, who spearheaded an impressive 8-2 win over Sweden in game two after slipping on the ice during her team’s opening 6-5 defeat against Switzerland on Thursday.

It served rather well as an image for Team GB’s trip so far. With luck they too will get back on their feet.