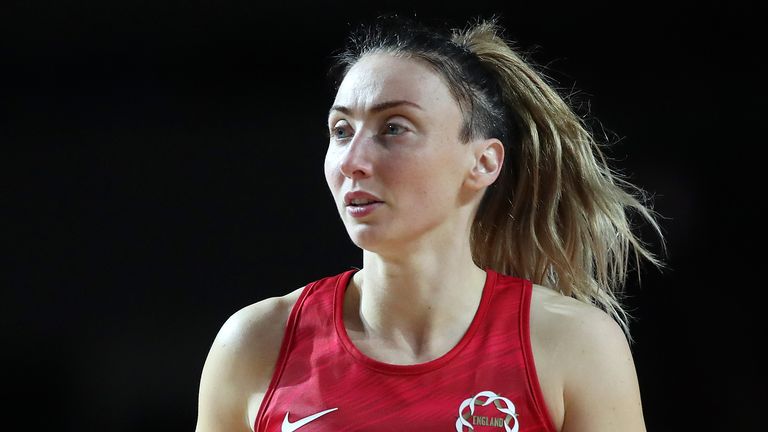 In this week’s column, Tamsin Greenway takes a look ahead to the Vitality Roses’ three-Test series against New Zealand, which starts on Wednesday live on Sky Sports.

Excited? I am. It’s absolutely amazing to have northern hemisphere netball on the horizon and to be talking about the England players preparing to step onto an international court.

That’s not to say that we’ve not enjoyed watching and discussing the ANZ Premiership and Suncorp Super Netball, but it’s going to be really good to see the talent coming through in this part of the world and how they do against the world champions.

The fact that this tour is taking place, in the current environment, will have taken so much work and there’s been so much which has gone on.

Jess Thirlby not being able to go out and be with the team is an incredibly unique and strange situation for her and the team to experience, the quarantining process the England players will have gone through will have been very strange for them all too.

As a whole, everyone is so grateful to those who have been able to make this international series happen on the world stage. The last few months have really shown how adaptable people can be, I’ve certainly experienced that in my role as the Scotland head coach and moving forwards I know we’ll all need to continue being as adaptable as possible.

On the new episode of Off The Court, I quizzed Jess about her goals for this series and it was really interesting to hear her thoughts and aims. She shared that this is going to be a performance, and a development tour, for the Vitality Roses.

On the face of it, performance and development don’t go hand-in-hand, but the reality is with eight Roses players missing who play in Suncorp Super Netball, this group of players has a huge developmental focus. However, in international netball you can’t ever get away from that element of performance.

For England, gone are the days where it’s acceptable to lose by 15 or 20 goals, you have to be looking at performance all of the time and going out to win every match. I have been on tours in the past, knowing that with the squad that we’ve taken it’s more about damage control on the scoreboard….

Jess is talking about England going out and getting a win, and her team surprising everyone as a result. When you look at the Silver Ferns’ squad, and add in the fact that it’s at home and they’ve had a full ANZ Premiership season, that’s a big ask for the England squad. However, with the talent available they need to believe that they can do that.

Across both teams there are a number of different players who I’m really keen on watching taking to court. Starting with England’s Vitality Roses and it’s the defensive circle that I want to focus on.

Back in the Vitality Nations Cup, there was always an experienced defender in the circle, whether that be Kate Shimmin or Stacey Francis, who excelled. This time Razia Quashie, Fran Williams, Halimat Adio and Vicki Oyesola will all be going it alone. Jodie Gibson also to some extent, because she’s returning from a long time out of the game due to injury.

I’m so excited to see what they can do. As a defensive unit, and especially a younger defensive unit, you step into the international netball arena under a lot less pressure than a young attacking unit. I want to see if these players have done their homework to face a Kiwi side and if they take to court with a fearless attitude.

One area of concern for me when it comes to the Vitality Roses, is the WA position. Looking at the squad, I suspect that Laura Malcolm is going to take on that bib and I’m just not sure if moving forwards, that’s her optimal position in international netball.

I love Laura as a C/WD, and I believe that is where she thrives. I hope that they’ve given her loads of opportunity in training and helped her develop the role since they have been back together. Building the connections and having the confidence to lead that end is vital in that position, especially against New Zealand. If anyone is up for the challenge, then Laura is. 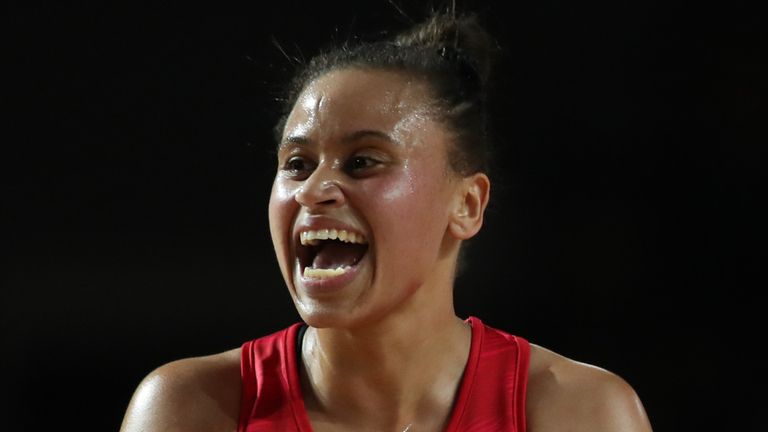 During the series, I’d also like to see Yasmin Parsons given some time in the WA bib in order to see if she’s going to be a real contender to make that spot her own moving forwards. Chelsea Pitman isn’t going to be around forever, and Nat Haythornthwaite plays across both positions, so I do think that England need to find another WA who can step up and challenge.

When it comes to the Silver Ferns, I was quite surprised by Dame Noeline Taurua’s squad, but in a great way because it showed me just how much work they’ve done to improve their depth of talent.

We all know that they’ve had some really pivotal players retire in the last year – Maria Folau, Casey Kopua and Laura Langman – and in this series they’re also missing others either through injury or for other reasons, like Phoenix Karaka expecting her first child and Kimiora Poi not being selected.

I’m so excited to see Monica Falkner play, I’ve heard on the grapevine that she will get court time during this series and I love watching new young shooters coming through. I’ve heard so many good things about her game, so I’m intrigued to see how she goes when she gets onto court.

I also want to see what Noeline decides to do with Jane Watson; where she decides to play her within the defensive unit and who partners her. With Karaka being out for a period of time now, and Katrina Rore not in this mix, it’s going to be so interesting to see how their head coach shapes their defensive end. 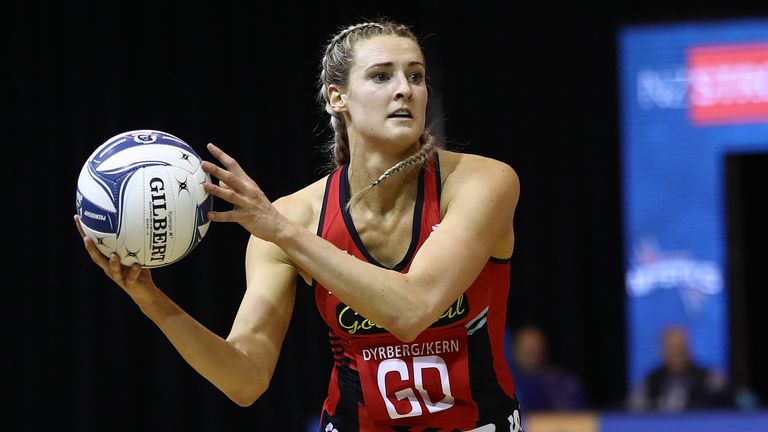 When it comes to winning and losing the Tests themselves then there are a few key areas that I’m going to be focusing on while watching with my morning cup of tea. First, I’m going to be having a good look at New Zealand’s shooting circle.

It’s an area that England will really need to disrupt and let’s see just how much homework they’ve done in order to do that. I want to see England’s defenders sticking to task from the first until the last minute, it’s all very well talking about New Zealand’s style but facing it, and countering it, is a very different prospect.

England fall into a great pattern of play against Australia and Jamaica now, they do that quickly. However, against New Zealand they’ve tended to take a little time to get going as it’s such a unique way of playing the game. Down the other end I want to see England’s WA-GA combination and how effective that can be. You can’t take a moment to not think out there, the way they defend always keeps you questioning whether you can throw the ball.

The key will be how Serena Guthrie is able to support them and how strong England’s shooter is under the post. As I said before, I hope that the Roses have done plenty of work to cement that WA-GA combination, whichever route they choose.

One other thing that Jess mentioned during Off The Court was that she is going to make changes to her line-up and that you should expect to see people getting opportunities.

I really hope that happens and that the players out there get a chance to prove whether they can cut the mustard on the big stage or not. As a coach, when you’re under pressure in a Test match it’s not always easy to do, however there is no better time to try out these players.

📍HAMILTON
We’ve arrived!!! So excited to finally begin this tour and get ready for the competitions! I’m so excited!! #letthegamesbegin pic.twitter.com/LPGwygeD5T

Of course, everything is made even more difficult by Jess being in England and not being able to be courtside in New Zealand, but I’m sure she’ll have a clear process with Kat Ratnapala and Colette Thomson as to how they approach both match-day and the 60-minute match.

I’m looking forward to seeing how Noeline approaches her changes too… what goals will she take into the matches? Is she going to do similar to the Vitality Nations Cup and roll combinations on and off until the final game? Will she tactically stick to a line-up and take it to England? I don’t think we’ll know until the matches play out.

As you can tell, I’m really excited to watch this Test series for so many different reasons. I think that England have enough talent within their squad to take the game to New Zealand.

Whether they can do it having had such a lack of match practice under their belts and do it away from home, is a massive ask. There are ways to break down the Silver Ferns, however that’s happening less and less under Noeline’s leadership. It will be tough for England… but certainly not impossible, bring it on.

Live netball returns to Sky Sports with the Vitality Roses taking on the Silver Ferns in a three-Test series in Hamilton. Join us for the first Test on Wednesday from 6am on Sky Sports Main Event and Mix.