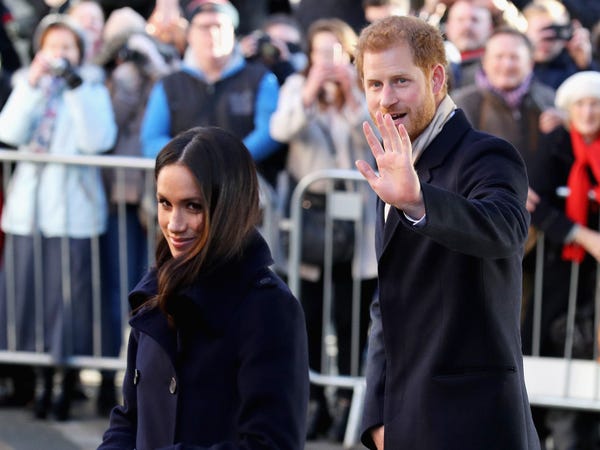 Prince Harry's lawyers have sent a legal warning to the Mail on Sunday regarding what they say is a "false and defamatory" story about his relationship with the marines, Vanity Fair reported.

The Mail on Sunday spoke to marine sources who said the Duke of Sussex had not been in touch by phone, letter, or email since his last appearance as Captain General of the Marines in March. The duke agreed to step back from official military appointments after he resigned from the royal family this year.

"He might have been made to give up his titles, but he has not given up on the military, far from it," a friend of the duke's, who spoke anonymously, told Vanity Fair royal correspondent Katie Nicholl.

"To say he has not been in touch with the Marines is not the case," an aide for the duke told Nicholl.

"He had many conversations with former colleagues during the lockdown and is in regular contact with a lot of military personnel on a private and personal basis," they added.

A spokesperson for the Duke of Sussex confirmed to Insider that a legal warning has been sent on behalf of the duke.

The Duchess of Sussex is taking legal action against the same newspaper.

Meghan Markle is suing Associated Newspapers — the parent company of the Mail on Sunday —  over the misuse of private information, infringement of copyright, and breach of the Data Protection Act 2018 after the newspaper published a private letter she wrote to her father.

Harry released a statement at the time the lawsuit was announced in October last year, saying the newspaper purposefully omitted parts of Markle's letter.

"In addition to their unlawful publication of this private document, they purposely misled you [the reader] by strategically omitting select paragraphs, specific sentences, and even singular words to mask the lies they had perpetuated for over a year," Harry said in the statement.

A spokesperson for the newspaper defended its decision to publish the story, however, previously telling Insider: "We categorically deny that the Duchess's letter was edited in any way that changed its meaning."

As a sister publication to the Daily Mail, the Mail on Sunday was one of the four tabloids the duke and duchess cut off contact with in April this year.

The couple said their press team will no longer engage with The Mail, The Daily Mirror, The Daily Express, and The Sun, because they no longer want to "offer themselves up as currency for an economy of clickbait and distortion."

The Mail on Sunday did not immediately respond to Insider's request for comment for this article.