STOKE stars had a furious half-time bust-up after another horror show. 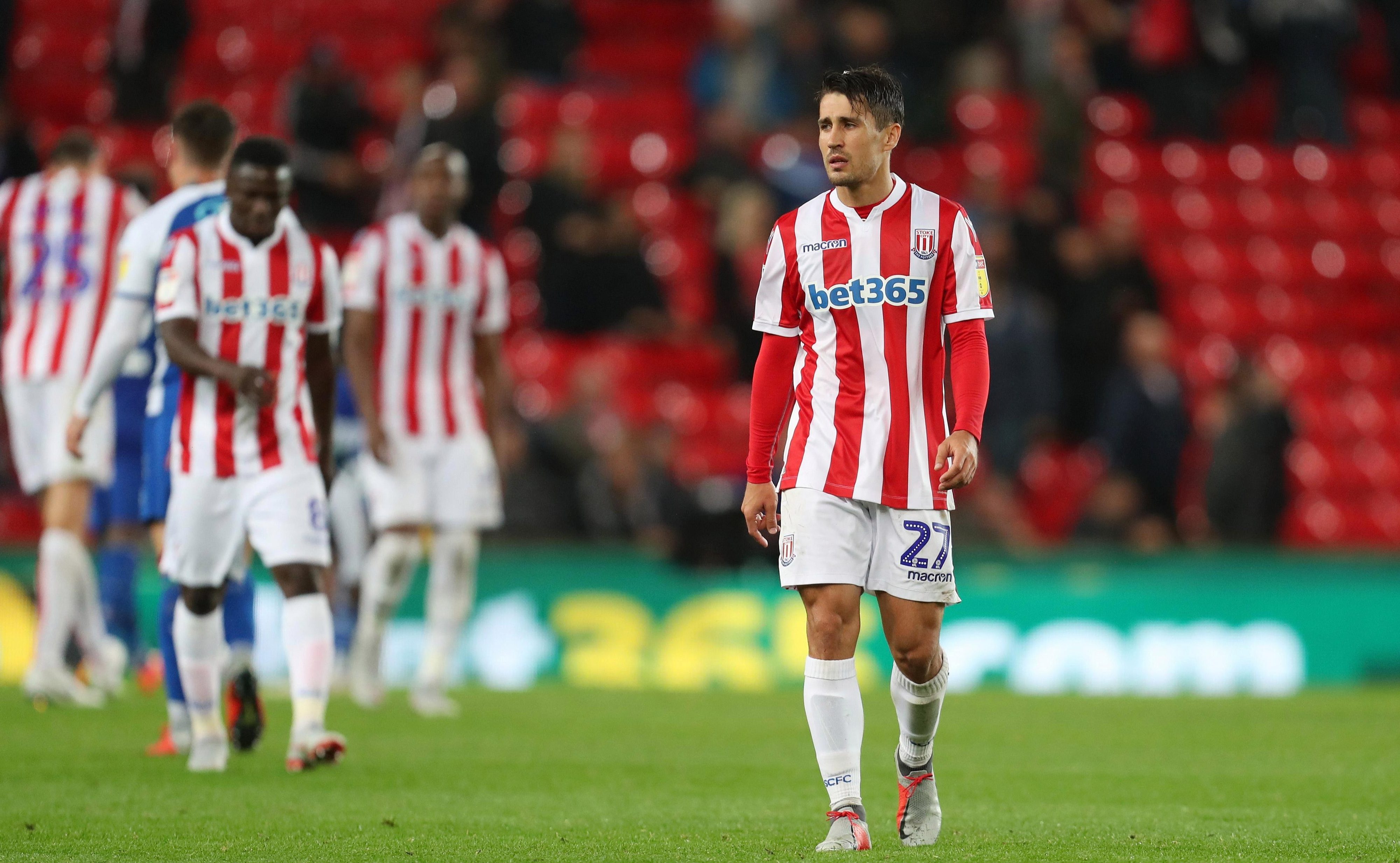 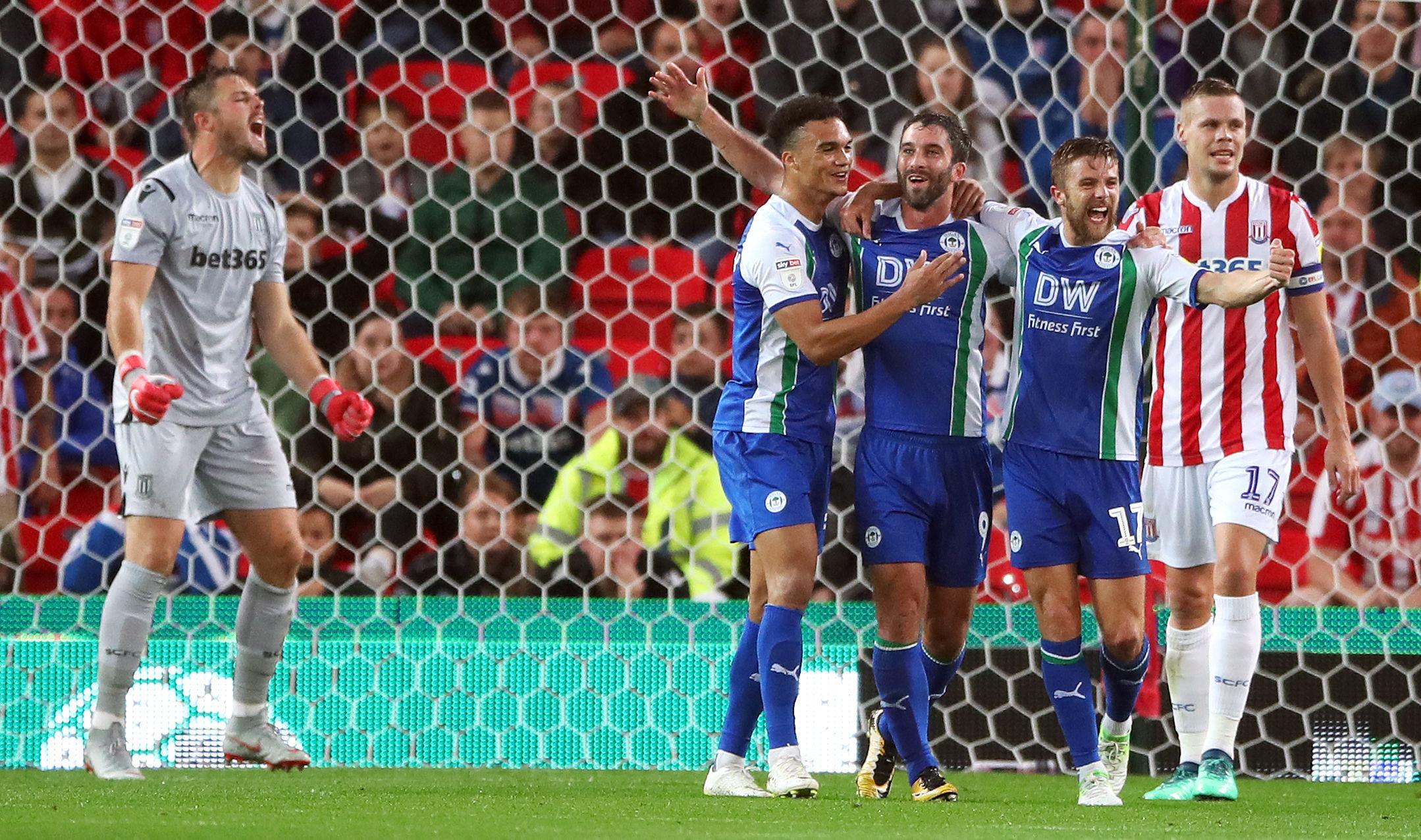 Potters boss Gary Rowett admitted: “When you’re not winning games everybody gets a bit edgy and frustrated.

“It’s no good fighting between ourselves. We’ve got to take collective responsibility.

“I think they were disappointed but I don’t think it’s any more than that. I’ve seen far worse than that in dressing rooms over the years.”

Things on the pitch were bad though and, having gifted Wigan their first two goals, Stoke also saw Ashley Williams sent off late on for a second caution. 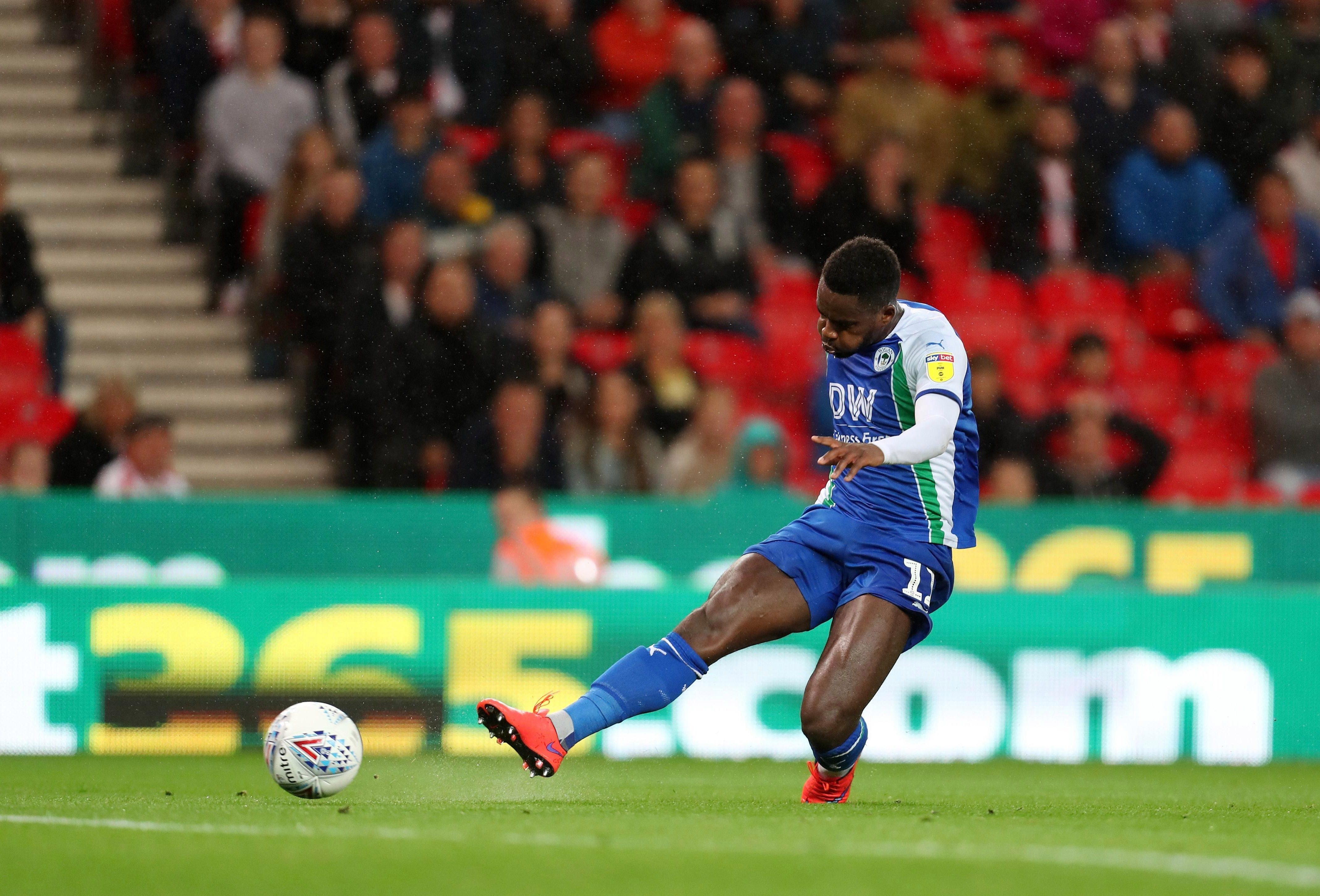 Rowett is still looking for his first win since taking over in the summer and the fans turned on him.

They chanted ‘You don’t know what you’re doing’ when he replaced Saido Berahino with Peter Crouch. Rowett, who was also booked for dissent, said: “I’ll take the criticism, we deserve the reaction from the fans. We have to earn the fans’ trust back.

“You can’t concede goals and then react in a mentally weak way. The second goal was weak, pathetic.” 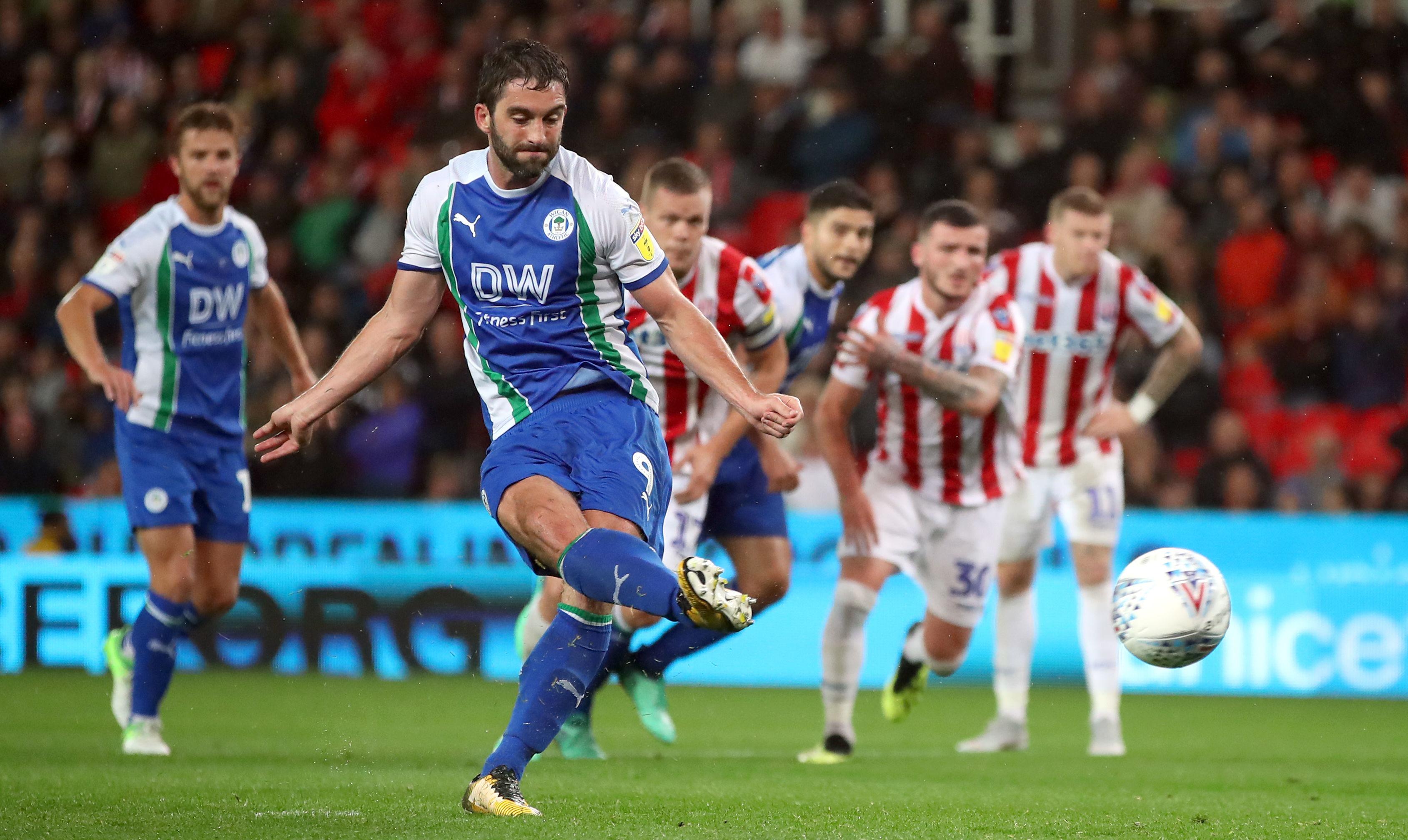 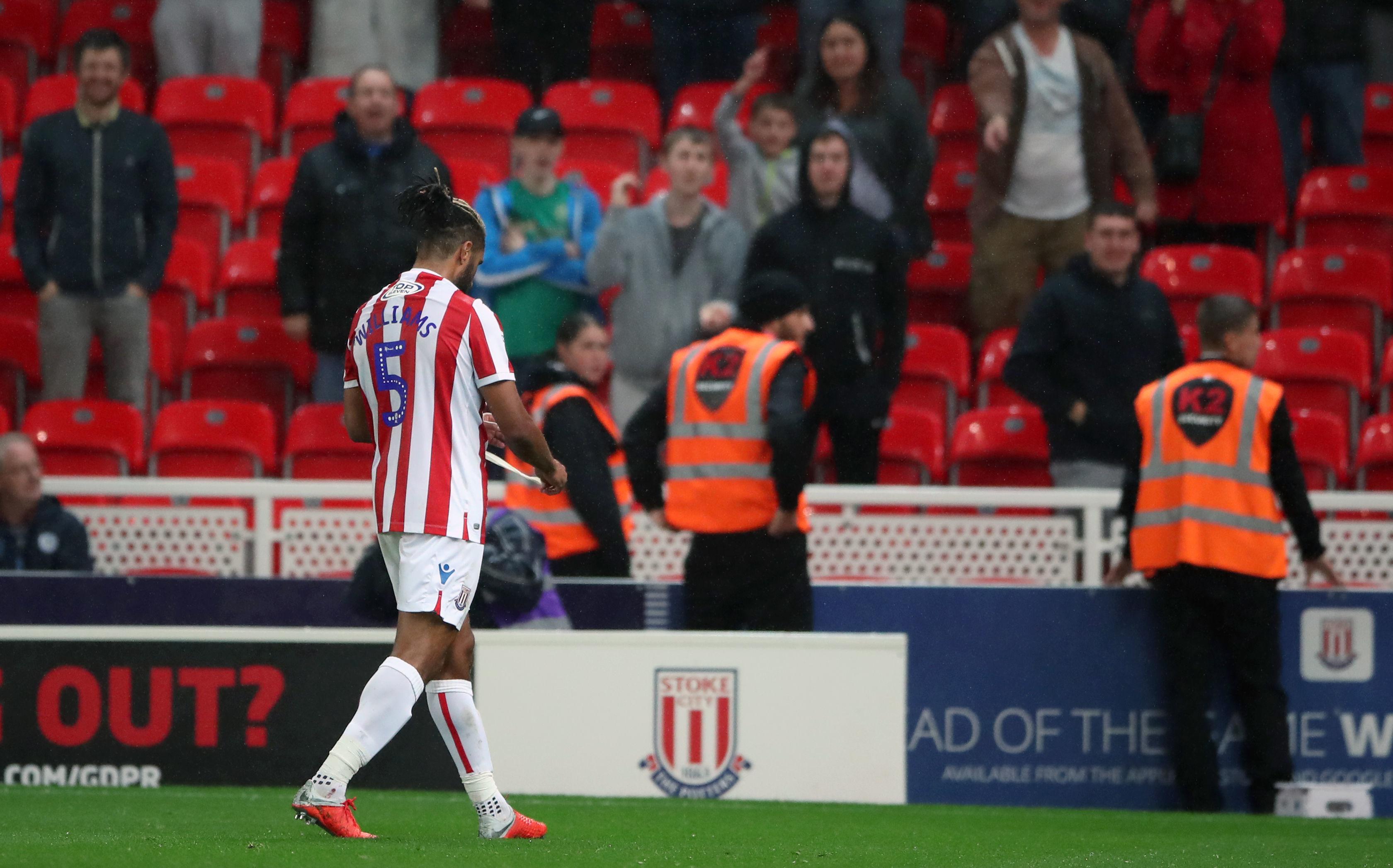 The Potters were on top in the early stages and Benik Afobe had the ball in the net, only for him to be ruled offside.

But then it all fell apart as Will Grigg was allowed to convert a Gavin Massey cross after 27 minutes.

It was 2-0 five minutes later when Massey brushed aside Williams to slide the ball past Butland.

Paul Cook’s side increased their lead with a 57th-minute Grigg penalty, after Nick Powell was tugged by Joe Allen.

Latics chief Cook backed Rowett and said: “Gary is a top manager. There is a period of transition for every club.”