A GRINCH steward had a Christmas meltdown as he refused to let Frosty the Snowman and Santa's little helper sit in the front row at Burnley.

Turf Moor got into the festive spirit as two Newcastle fans dressed up as a snowman and an elf. 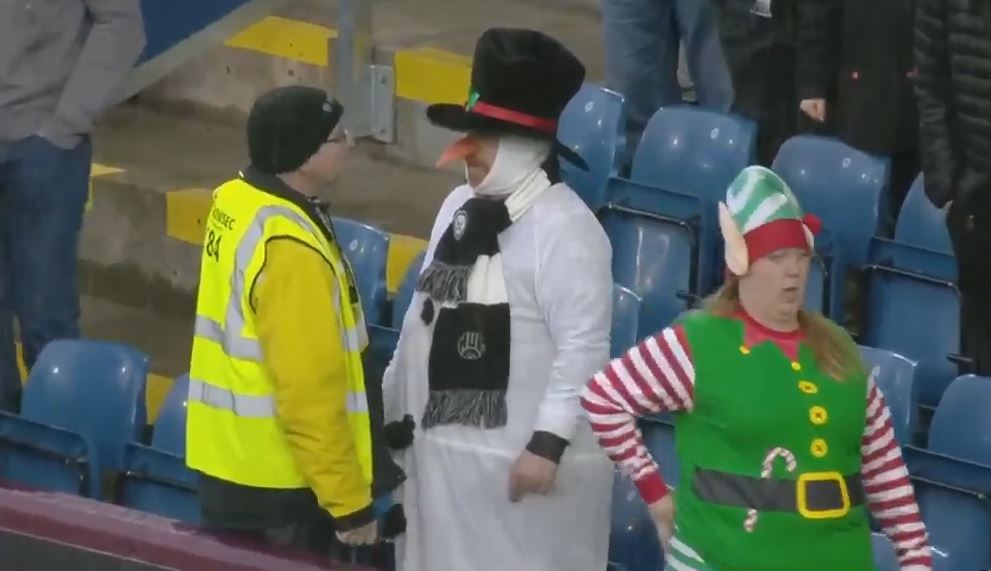 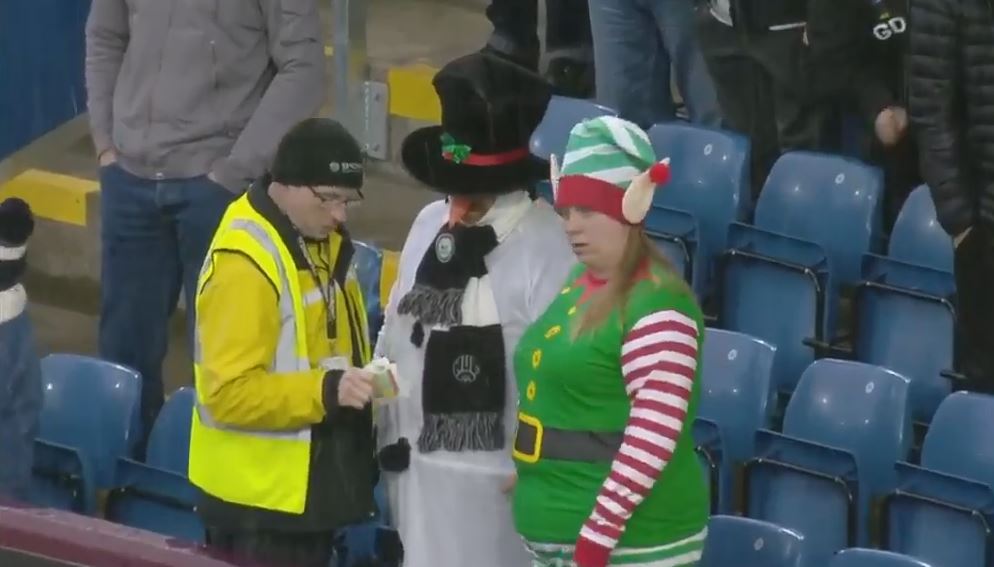 They attempted to grab the best seats in the house moving down the front row.

But a Scrooge steward stopped them in their tracks as he checked the fans’ tickets.

The Christmassy couple were given their marching orders and sent back into the nosebleeds.

Sky Sports News presenter Jeff Stelling, who joked the elf was dressed like Tony Cottee, was outraged with the lack of Christmas spirit.

He said: “It’s the season to be merry, and it’s fantastic when people turn up in fancy dresses at the football matches.

“It appears to me the steward is not full of Christmas spirit, oh not at all.

“Show the tickets – ‘You can’t sit here at the front in the pouring rain, you have to go right to the back!’

“You Grinch of a steward, Tony Cottee was not happy, that’s for sure.”

The day got worse for the travelling Die Hard Toon pair, as Chris Woods’ 58th minute opener separate the sides.

Newcastle’s three game unbeaten run was halted – but it’s still Love Actually for the snowman and his Buddy elf.