Former Tampa Bay Buccaneers wide receiver Antonio Brown is feeling a bit remorseful over his sideline meltdown at MetLife Stadium during the team’s Week 17 matchup against the New York Jets.

Brown was heading to a dinner with Kanye West at a popular West Hollywood restaurant on Monday night when he told TMZ Sports that undressing on the sideline before throwing the rest of his gear into the stands was probably not the best idea.

Antonio Brown wipes his face as he leaves the field after throwing his equipment into the stands during the Tampa Bay Buccaneers-New York Jets game Jan. 2, 2022, in East Rutherford, New Jersey.
(Andrew Mills/NJ Advance Media via AP)

Ironically enough, Brown was pictured shirtless as he stepped off his private jet just before meeting West for dinner. He was also spotted at a New York City strip club performing his new rap track “Pit Not The Palace” on Sunday. 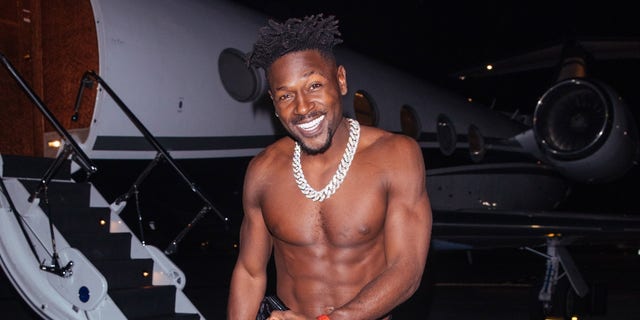 A shirtless Antonio Brown steps off his private jet to meet Kanye West for dinner in West Hollywood.
(iamKevinWong.com / BACKGRID)

The Bucs released Brown on Thursday. Coach Bruce Arians said he was unaware of Brown’s ankle injury during the game, adding that he was cut after repeated outbursts and his refusal to play. 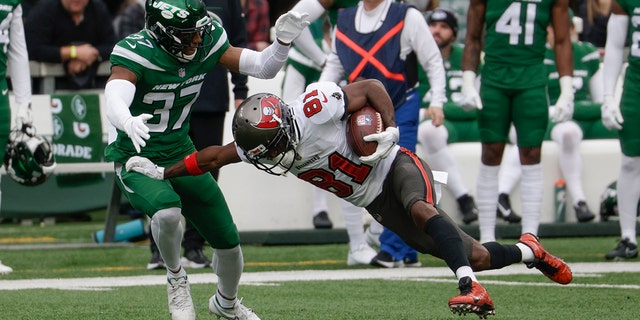 Brown released his own lengthy statement a day earlier saying he did not quit and that the coaching staff was aware of his injury. He also said he underwent an MRI the day after the game that showed “broken bone fragments stuck in my ankle, the ligament torn from the bone, and cartilage loss.”