Brigitte Nielsen cut a chic figure during a shopping trip with her mum Hanne on Monday at a Los Angeles branch of Marshall’s department store.

The Danish actress, 58, looked trendy in a beige wool sweater which she accessorised with a baby blue scarf and and a classic leather black belt bag.

Slipping her toned legs into a pair of navy jeans, she wore a pink facemask featuring panda illustrations amid the ongoing coronavirus pandemic. 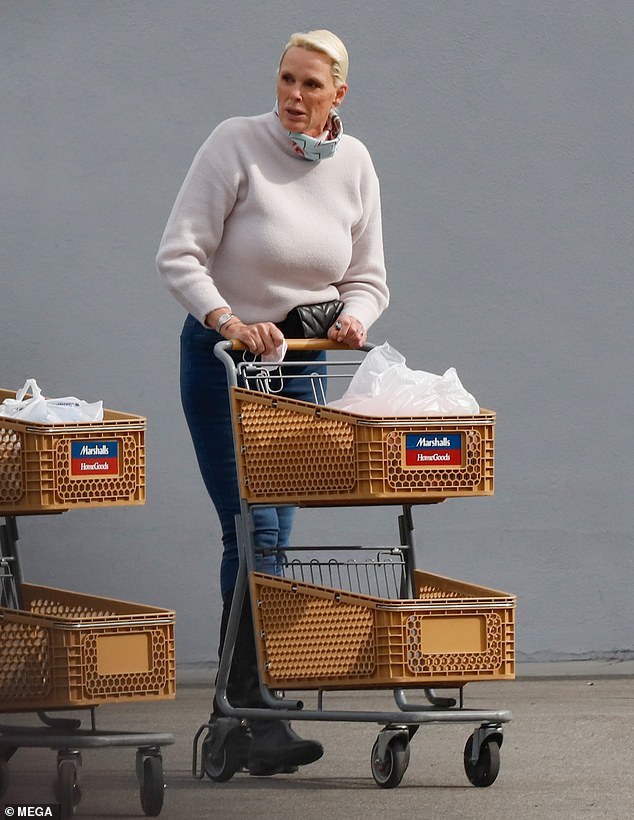 Emerging: Brigitte Nielsen looked effortlessly chic in a beige wool sweater and trendy blue scarf as she went shopping with her mum Hanne in LA on Monday

Her glossy blonde locks had been swept into a swept-back hairdo and she clutched a collection of beauty items and receipts.

After giving birth at 54, the star opened up about feeling judged more harshly than a man would be for having children later in life.

Speaking on Good Morning Britain at the time, Brigitte said men are ‘always safe’ from criticism, and are allowed to remarry and have children when they’re older without judgement, but that ‘everyone was out to get her’ when she did it. 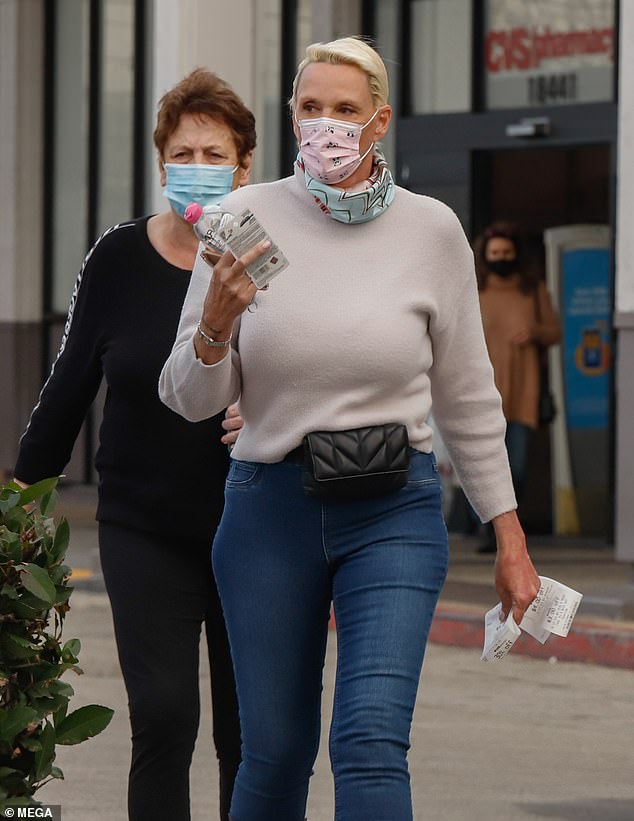 Looking good: Slipping her toned legs into a pair of navy jeans, she wore a pink facemask featuring panda illustrations amid the ongoing coronavirus pandemic

She also revealed that she felt more prepared to have a child later in life because of the lessons she’d learned raising her four – now grown-up – sons.

Brigitte welcomed Frieda after undergoing IVF using eggs that she’d had frozen when she was 40.

‘If you don’t want to use [donor] eggs, you have to preserve your own eggs at a reasonable age for there to be a possibility,’ she explained to People shortly after welcoming her first girl in 2018. 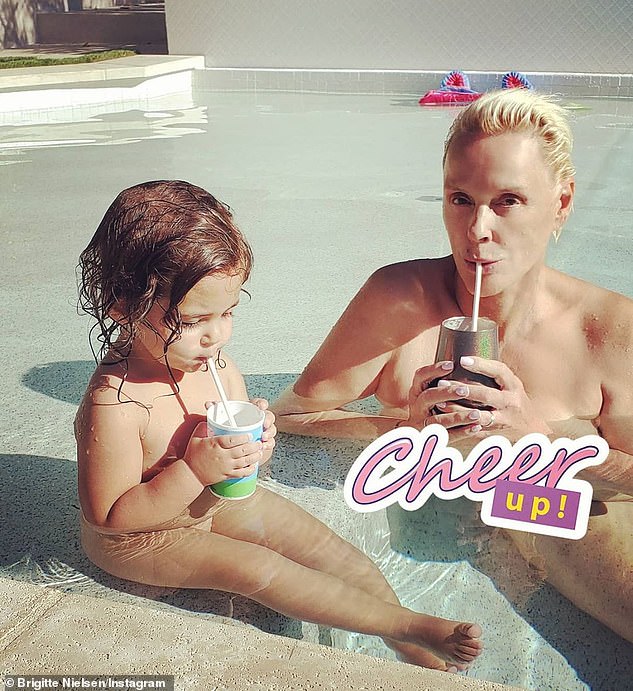 Miracle baby: The Danish-born star of Red Sonja and Rocky IV gave birth to her fifth child and first daughter in June 2018, at the age of 54, after undergoing years of IVF

She also spoke to The Guardian in February of last year about having a child in middle age.

‘I was always like: I want to do it until there are no more embryos left,’ said Nielsen. ‘Somebody has to win the lottery.’

But she said it certainly wasn’t easy. ‘You’re on a lot of medication. It is very expensive. Hormones will do different things to different women… you always think you’re going to get pregnant, but most of the time, the phone call comes and it’s: I’m sorry.

Brigitte and her Italian hunk husband have been married since 2006, but their relationship was first documented on Strange Love, her reality show with her former lover Flavor Flav of Public Enemy fame.

The reality series explored their relationship, which blossomed in the third season of The Surreal Life, but the couple descended into shouting matches and fits of jealousy, so Brigitte opted to move in with her boyfriend Mattia.

The reality star, who’s currently on marriage number five, was famously wed to Sylvester Stallone from 1985–1987, and the two appeared together in Rocky IV and as the leads in the 1986 action thriller Cobra. 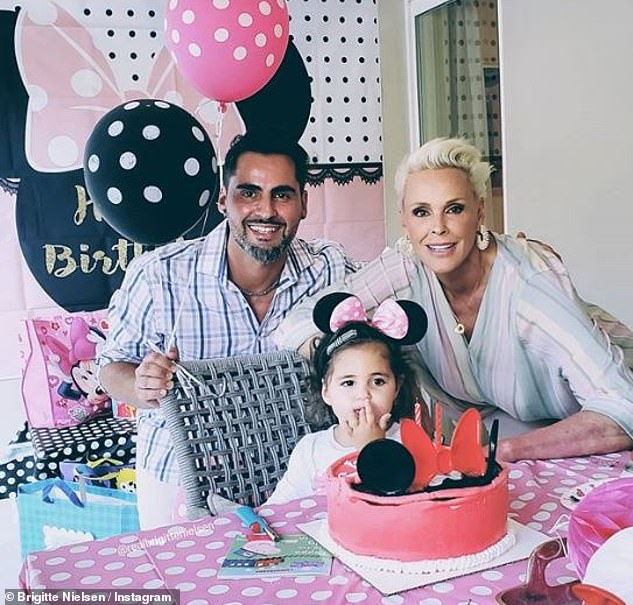