This talent-packed card featured seven well bet jollies who all managed to fluff their lines. 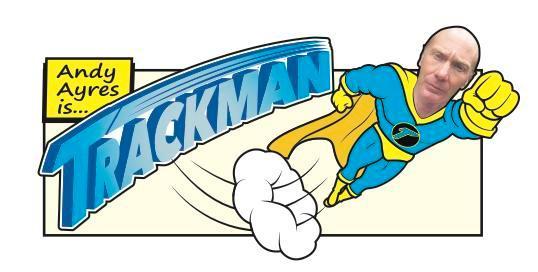 Top of the flops was Nicky Henderson’s Mister Fisher (9-4 to 13-8), who looked certain to win when James Bowen drove him past Ecu De La Noverie and his flamboyant amateur pilot David Maxwell.

Mr Maxwell’s style isn’t one they coach in the apprentice school – imagine a mad conductor sitting in a bathtub – but he flapped hard enough to force his horse back in front on the last bounce.

Apparently the Henderson team were decidedly miffed at the result and it’s a pound to a penny that young master Bowen woke in a cold sweat thinking about it on Friday morning.

Race of the day was the 2m6f beginners chase, where La Bague Au Roi sat on Lostintranslation’s bumper before mugging him in the straight.

Both are smarter than the average bear and the runner-up could be a bit special with this pipe-opener under his belt.

Top man Barry Geraghty had just one mount here and there’s a persistent rumour that he is riding for JP McManus without a retainer.

That wouldn’t be a `tragedy’ for this B-G, who is more than capable of `stayin’ alive’ after a career littered with big race successes.

There was a time when rails bookies would stand any size of bet. Those days are long gone and the fella who wanted £3,000 on Sunday Prospect in the last at Kempton on Tuesday had his wager slashed to a grand.

The layer who ran for cover looked a proper Charlie after the horse pulled like Steamboat Willie out in lane eight and never had any chance of getting involved!

You could pay the Greek national debt with the money sloshing around Ralph Beckett’s horses at the moment and his Nivaldo (7-2 to 13-8) was hammered in a 1m novice event on this card.

Bold Mr Beckett turned up to watch and must have enjoyed the view as his colt tore away from a decent field. It’s a long way from the all-weather to a Group race, but this fella looks the business.

It’s worth mentioning that some shrewd faces invested on Roger Varian’s Mackaar (12-1 to 7-1) in this.

He showed why by finishing a more than promising fourth and I reckon D-Day is just around the corner.

SECRET INVESTOR (2.25 Wincanton) looked in fantastic shape when winning over hurdles last month and promises to be even more effective as a chaser.

Dean Ivory is a canny operator and his crew landed a quiet touch with Daddy’s Daughter (12-1 to 7-1) in a weak 1m novice event at Kempton on Monday.

This filly cost a few bob and connections recouped some of that by betting her at fancy prices here, including a monkey each-way at tens. She is entered in the mares’ sale next month and could give her owners another decent pay-day there.

Paul Nicholls rules the roost at Wincanton and his SECRET INVESTOR (2.25) can make a successful chasing debut there today. The big gelding hosed-up over hurdles at Chepstow a month ago and is built to be even better at this job.