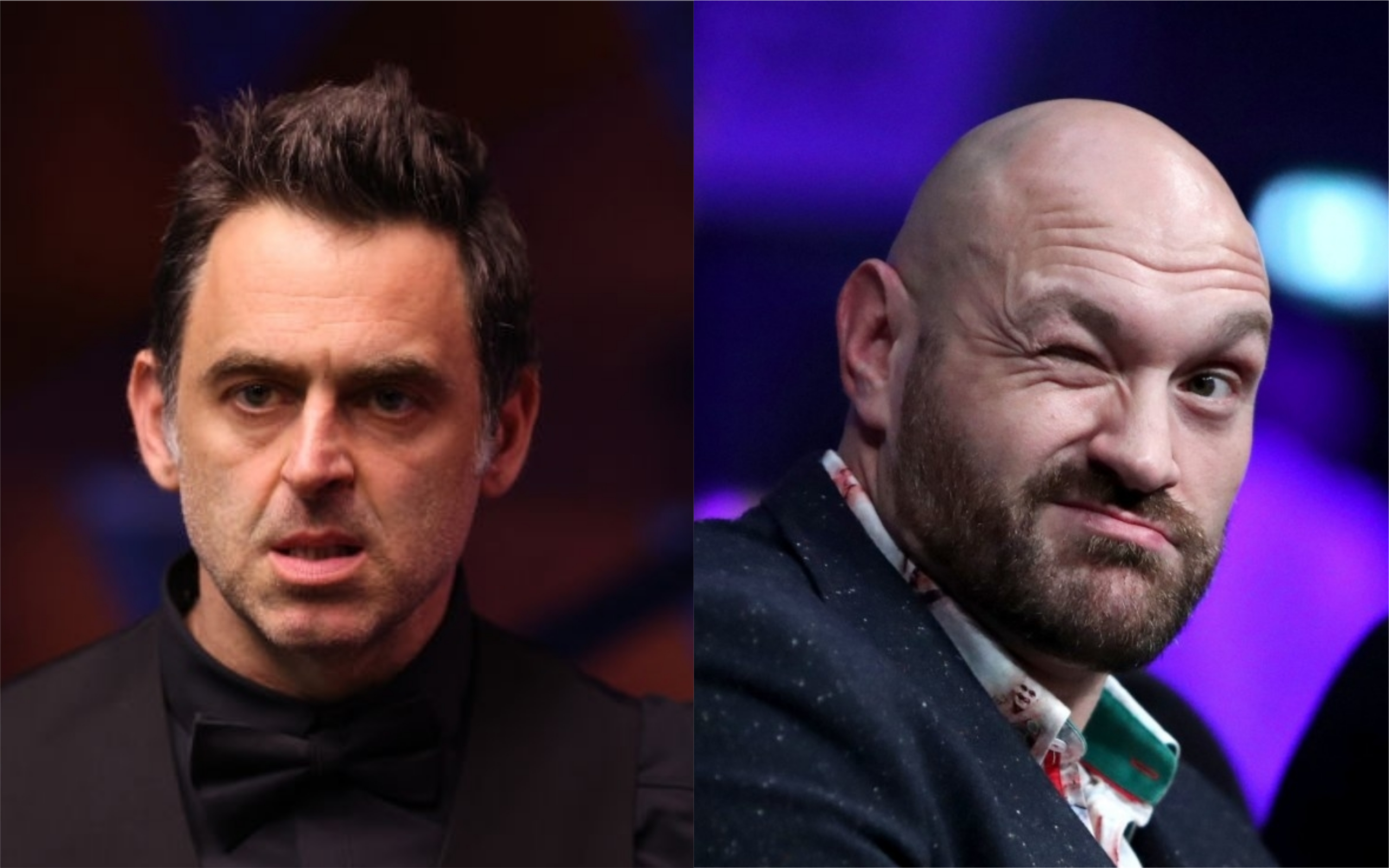 Ronnie O’Sullivan is not sure where he is placed among Britain’s greatest ever sportspeople, but he does compare himself to Tyson Fury, believing he has taken on all challengers in his given sport.

The Rocket is bidding for an eighth UK Championship title this week, something that would further cement his position as the greatest snooker player of all time.

He takes on Thai star Noppon Saengkham in the last 16 on Wednesday and during his 6-3 win over Mark King in the previous round BBC pundit John Parrott said the 45-year-old can be considered as one of Britain’s greatest sportspeople, if not topping that list.

It is a view that has been aired before, with snooker legend John Virgo rating the Rocket as the best Britain has produced of any sport, and while O’Sullivan wouldn’t put that label on himself, he is proud of what he has achieved and more importantly the way he has achieved it.

O’Sullivan says other sports allow people to duck challenges or compete on an uneven playing field, something that snooker doesn’t afford.

‘It’s not for me to say, there’s been a lot of great British sportsmen,’ O’Sullivan told Metro.co.uk after his last 32 win over King. ‘I’d like to think I’m in a sport where I’m not ducking people, do you know what I’m saying?

‘I’ve played the best at their best, they’ve played me at my best. It’s one of them sports, a bit like golf, tennis, where you’re forced to play the opponent.

‘Some other sports they don’t test themselves against the best for whatever reason. Listen, I like to think I’ve took on all comers in my career.’

O’Sullivan has previously ruled out Lewis Hamilton from such GOAT debates because of the unfair advantage he believes his car gives him in a Grand Prix.

‘It is fantastic for Lewis to win seven world titles, but if your car is going around quicker you can afford to make a few mistakes and still get away with it,’ Ronnie told the Daily Star.

‘It’s a bit like driving around smoking a cigar with one finger on the wheel! I think it’s difficult to say where he is (among the greats).

‘A lot of the sports I watch – the people that have done it, you have to look whether it’s a level playing field.’

Reminded of those comments this week in York, O’Sullivan added that he has great admiration for Fury who competes in a sport where he sees no such advantages.

‘There’s a few sports like that, not just F1,’ Ronnie said. ‘Boxing you get someone like Fury who fights anyone, then you get other fighters who refuse to fight certain fighters.

‘I like to think I’m a Fury, never ducked anyone, never ducked a challenge, pick myself off the floor and come out fighting even when I’ve not felt like fighting.

‘I think that’s the only way you can judge if a sportsman is truly a great or not, if they’ve fought whoever was the greatest at the time in front of them.

‘You see a lot of boxers fighting people when they’re past their best or come up with excuses on why the fight can’t happen. You lose respect for them type of people.

‘Whereas your Mexicans, your all-time greats, Marvin Hagler, Sugar Ray Leonard, Lennox Lewis, they’re all-time greats because they fought the best when they were at their best.

‘For me, that’s what makes a great a great.’