Legal experts say the Andrews government’s controversial pandemic laws will include the most rigorous safeguards against human rights abuses in the nation.

The bill is expected to clear a final hurdle when it returns to the Parliament’s upper house on Thursday after a marathon debate that ran for 21 hours. 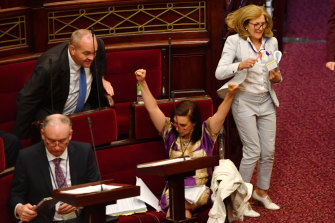 The legislation will make Victoria the only jurisdiction in Australia with tailor-made laws to tackle pandemics, after a sweeping overhaul lauded by some legal experts and fiercely opposed by others.

Victorian Ombudsman Deborah Glass warned it was inevitable that there would be future questions about the bill considering the speed at which the legal drafting process had taken place. A review of the legislation has been enshrined in the law and will take place 18 months after it is given the royal assent.

“This is why I have … encouraged the government to ensure the pandemic legislation is subject not only to review, but to independent review, to subject it to proper scrutiny in the light of experience,” Ms Glass said.

During the debate – which stretched from about 3pm on Tuesday to after midday on Wednesday – upper house MPs went through 58 clauses line by line, introducing 145 amendments. They debated a single clause for almost 12 hours.

The overhauled Public Health and Wellbeing Amendment (Pandemic Management) Bill was expected to be waved through the lower house, where the government controls the numbers, on Wednesday evening, before clearing a final vote in the upper house on Thursday.

Under the changes, it will be up to the Premier of the day to declare a pandemic and the Health Minister to issue public health orders, replacing the current state of emergency powers, expiring on December 16, under which those responsibilities fell to the chief health officer.

As MPs debated the proposed legislation on Wednesday, a group of small protesters milled around on the steps of Parliament, vowing to come back every Saturday for mass rallies through the CBD. The group stayed, huddled under umbrellas, as rain set in.

Late on Monday, Attorney-General Jaclyn Symes had brokered an eleventh-hour deal with Transport Matters Party MP Rod Barton, breaking a parliamentary deadlock after former Labor minister Adem Somyurek scuppered the Andrews government’s plans by announcing he would return to Parliament and vote against the bill.

Under the deal, a new independent panel of experts will be set up to review detention orders imposed during a pandemic. A non-government MP will also chair a joint parliamentary committee, charged with reviewing public health orders.

Aggravated offences will also be dropped, as will planned rules that would have allowed the government to explicitly discriminate on the basis of characteristics such as gender, ethnicity or religion to protect public health.

The changes were described by the opposition as “Mickey-Mouse amendments” that did not go far enough.

Upper house government MP Cesar Melhem said he was glad the debate was over and the bill had passed the Legislative Council. 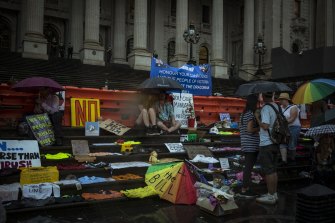 “We can put it behind and move and get this pandemic under control,” Mr Melhem said.

Following the marathon debate, the Reason Party’s Fiona Patten, one of the key crossbenchers who worked with the government on the legislation, said it was a good bill to begin with and that it “just took a bit of hard work to make it the great bill it is now”.

“I’m actually feeling really good about this. It has been a long pathway,” she said.

Liberal Democrats MP David Limbrick, a fierce opponent of the bill, said while he was disappointed with the overall outcome Parliament had achieved some important changes to the proposed legislation.

“I don’t mind staying up late to fight bad legislation, so that’s what we did,” he said. “We found out a lot of details that weren’t very clear.”

Mr Limbrick said he had to kick his colleague, Tim Quilty, under the table several times to keep him awake during the overnight debate.

Opposition leader in the upper house, David Davis, said he and his colleagues had “fought all day and night” to oppose the bill, describing it as one that would dent confidence in Victoria’s recovery from the pandemic.

“I don’t think it’s ideal [to be debating through the night] and if the government had brought this on much earlier, schedule an extra sitting day, that’s fine,” Mr Davis said.

But legal experts said the overhaul would provide Victoria with the toughest and most rigorous human rights safeguards in the nation. The Centre for Public Integrity’s research director, Catherine Williams, said other jurisdictions should use the Victorian legislation as a model to bolster their own pandemic management frameworks.

“We believe that what has been put in place genuinely is standard setting in the context that is fit-for-purpose pandemic management legislation,” Dr Williams said. “Of course it isn’t perfect, and we will need to monitor things carefully, including how the chair is appointed to the [parliamentary] oversight committee, and how that committee functions.

“We’ll also be watching closely as the independent statutory review process unfolds in 18 months’ time, but the amendments proposed now do provide extraordinary oversight and accountability mechanisms that are appropriate in the contest of the exercise of executive emergency powers.” 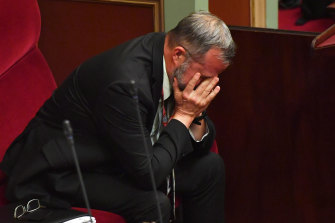 NSW Council for Civil Liberties vice-president Josh Pallas said he did not believe any other jurisdiction applied the same level of scrutiny as Victoria.

Mr Hayes said he continued to harbour concerns, including the omission of magistrates and judges from reviewing detention orders and the requirement for an absolute majority of the two houses to disallow public health orders.

“The government has the numbers in the lower house, the suggested amendments are a fait accompli,” Mr Hayes said.

“With the government no longer able to hold a majority on the review committee, and a requirement for an independent chair, this committee should give greater scrutiny to pandemic orders,” Ms Glass said. “It also has the power to refer any matter to my office for investigation.” 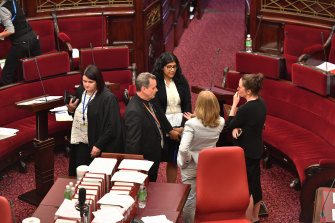 The bill debate was among the lengthiest in the Victorian Parliament.

In 2017, both houses of Parliament spent a cumulative 101 hours and 14 minutes debating the voluntary assisted dying legislation. The longest single debate ran for 23 hours and 20 minutes in the Legislative Council.

The longest consecutive sitting day for Parliament was in 1924 when lower house MPs debated the Highways and Vehicles Bill, and the Income Tax bill for 48 hours and 59 minutes.