The 2018 World Series will feature two of Major League Baseball's top teams. The Los Angeles Dodgers are back in the Fall Classic a year after losing to the Houston Astros in seven games, their sights set on the franchise's first championship since 1988. On the other side of the diamond are the Boston Red Sox, winners of a franchise-best 108 games during the regular season, earning them home field advantage.

And it's because of that the Red Sox are money line favorites to win it all in 2018, but Boston aren't performing the same as they did during the regular season, making them vulnerable to an upset by the Dodgers. 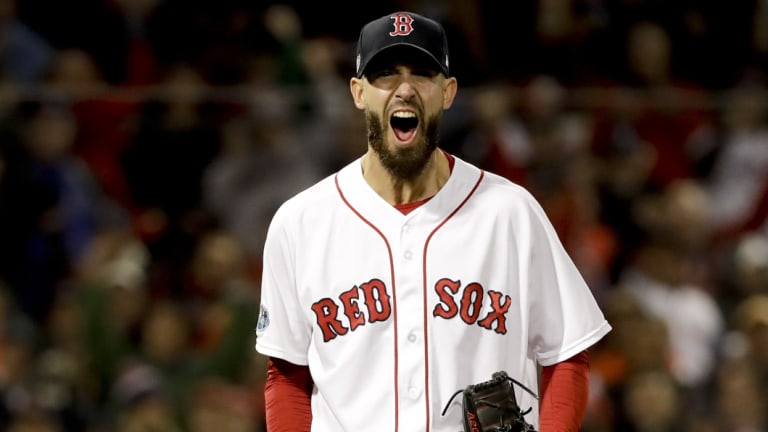 The Red Sox could be tripped up by their pitching.Credit:AP

For example, Red Sox ace Chris Sale faced only 67 batters over 17 innings during the final two months of the regular season due to inflammation in his left shoulder and saw his fastball velocity drop from 96.7 mph in July to 92.7 in September. He was then hospitalised with a stomach ailment after his start in the American League championship series opener, an outing that saw him allow four walks and two earned runs in four innings.

Sale's troubles on the mound aren't an isolated incident. As a whole, the Red Sox pitching staff has seen worse strikeout and walk rates since the postseason started, while the Dodgers have improved in both instances.

We can agree the smaller sample size of the postseason isn't as indicative as the regular season, but losing command of the strike zone leading into the World Series isn't ideal, especially considering the Dodgers led the majors in walk rate (10.3 percent, including the playoffs) in addition to having the lowest chase rate (24.1 percent) in 2018.

And if the Red Sox do challenge the Dodgers in the strike zone, they have more than enough bats to make them pay for it. Manny Machado is batting .333 with a .967 combined on-base and slugging percentage for Los Angeles on pitches in the strike zone, striking out just 10 per cent of the time. Justin Turner is having similar production (.337 with a .917 OPS) and Max Muncy, who set a career-high in home runs (35) during the regular season, leads the team with a .973 OPS on pitches in the zone. Add in Yasiel Puig and NLCS MVP Cody Bellinger and the Dodgers can go toe to toe with this year's prolific Red Sox lineup wherever the game is played. 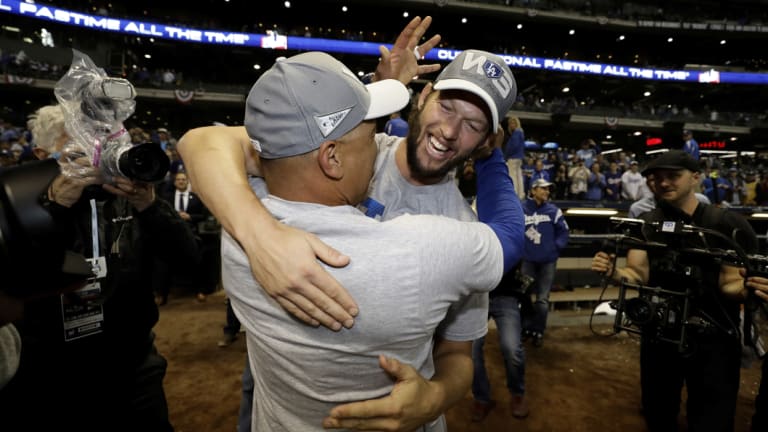 The Dodgers can go toe to toe with the Red Sox anywhere.Credit:AP

That's saying something: the Red Sox led the majors in runs scored per game during the regular season (5.4) and have improved that to 6.2 per game in the playoffs, but control issues could prove costly if the Red Sox can't correct that trend.

Command, or lack thereof, of the strike zone aside, there is an argument to be made the Dodgers were the better team during the regular season. For example, based on Boston's runs scored and allowed (Pythagorean wins), we would expect a team with a plus-229 run differential to win 104 games, four fewer than the team's actual record. If we take into account the sequence of each at-bat, also known as baseruns, the expected record drops even further to 99-63, nine wins fewer than Boston earned in 2018. Los Angeles, on the other hand, should have won 101 or 102 games, significantly more than their actual 92-71 record.

After adjusting each team's win rate for strength of schedule in addition to the amount and timing of runs scored and allowed, the Dodgers, not the Red Sox, should be favored to win the 2018 World Series. Los Angeles is a slight favorite, 53 t0 47 percent, and most probable to win the series in six games, although a win in seven or five games is almost as likely.

Given that close comparison, something seemingly as small as pitch control could be enough to tip the scales and trip up the Red Sox.